But first, a few words about moats. The idea of a protective moat (protecting the castle) is associated with the legendary investor Warren Buffett (Trades, Portfolio); he sought companies that could protect their margins and profitability with some sort of barriers. For example, Apple (NASDAQ:AAPL) has proprietary technology that protects […]

There’s no doubt Netflix Inc. (NASDAQ:NFLX) no longer has the video-on-demand business mostly to itself. Many competitors have emerged in the past few years: Amazon’s Prime (NASDAQ:AMZN), Disney (NYSE:DIS) and Hulu, to name just a few.

Personally, I switched from Netflix to Prime several months ago, after being a Netflix subscriber for many years. Despite the many thousands of titles on the service and the new ones emerging each week, it was hard to find shows I wanted to watch.

Having made the switch, I found titles I wanted on Prime, although it has a much smaller library. And there is a good possibility I may move on to another service after a couple of years of watching Prime. But that decision would also be affected by a reluctance to give up on the shopping benefits from Prime (the music section of Prime is too weak for those of us who like classical music, so that’s not a factor). Netflix does not have that extra stickiness.

Having declared my perspective, it’s time to get objective information about the Netflix moat, or competitive advantage. We will use three sources of data: the Morningstar rating, the moat measurement portion of the Macpherson model and financial data.

For example, Apple (NASDAQ:AAPL) has proprietary technology that protects its iPhone and Mac businesses. Walmart (NYSE:WMT) has nothing proprietary, but it does have a massive presence that gives it economy-of-scale advantages. Netflix had (and perhaps still has) a moat because it was the first company to dominate the streaming niche, thanks to the most content and it is the first name consumers connect with online entertainment and information.

The securities rating company Morningstar has a well established and respected assessment service. With stocks, it provides “narrow”, “medium” or “wide” moat ratings, based on a qualitative assessment.

Among the factors it considers are:

The analysis emphasizes how Netflix morphed from a DVD-rental-by-mail business into the streaming-video-on-demand behemoth it is today.

It also gives significant weight to the amount of data such a big company can collect and analyze. Analyst Neil Macker noted, “Our economic moat rating of narrow is based on intangibles and a network effect resulting from the use of Big Data stemming from the firm’s massive worldwide subscriber base.”

He added, “It then leverages this customer data to better purchase content as well as finance and produce original material such as “Stranger Things.” However, the firm has recently ramped up its production using more traditional methods.”

In his 2014 GuruFocus article, “The Search for Compounding Machines”, Thomas Macpherson explained: “First, we look for companies with existing and hopefully – expanding competitive moats. We believe there are two fields that allow us to screen for this. First is the 10-year median Return on Capital. For this field we put in a minimum of 15%. Second is the 10-year median Return on Tangible Equity. Here we again enter 15% as a minimum. We believe a company that can achieve this hurdle has a proven and demonstrable competitive advantage or moat.”

Return on capital tells us how much a company has earned in relation to how much it spent to acquire the funds to finance operations and growth. Macpherson has argued that a company that has a median return on capital of at least 15% over the preceding 10 years has some enduring advantage.

Return on tangible equity is a measure commonly used in the financial sector and is calculated by subtracting intangible assets such as goodwill and preferred equity from a company’s book value.

Netflix, of course, is not a financial company and following up, we see it has negative tangible equity, making it irrelevant to our inquiry.

To maintain its position in the streaming universe, Netflix needs to be able to invest in new productions, pay for new licenses and renew titles that remain popular with viewers. To do that, it needs a healthy cash flow, but over the past decade, the trend has been going the wrong way:

At the same time, its long-term debt has grown:

With interest coverage of 12.67, the company is generating lots of operating income to cover its interest expenses.

Still, I would not want to invest in a company that has both declining cash flow and growing debt. Generally, we would expect to debt to be used to generate more cash flow through expanded operations.

GuruFocus gives Netflix a 5 out of 10 rating for financial strength.

One of the unknowns for investors is how far Netflix can go with its international expansion. According to the 10-K, the number of non-American subscribers shot up in fiscal 2019.

Does Netflix have a moat, and will it have one in the future?

I think its safe to assume one exists now, if for no other reason than Netflix is a giant company with millions of hours of content. It’s also a first-mover and enjoys the public recognition that comes with that position. Further, it has a big-data advantage (although Amazon might challenge that).

Let’s call it a narrow moat, as Morningstar has done, keeping in mind it falls well below the quantitative threshold set by the Macpherson model. As we know, many companies aim to take away its subscribers, and some of those companies have very deep pockets.

Without a moat, Netflix may be forced to cut prices. Without a solid financial base, it may not be able to bid successfully for popular new content. Therefore, I don’t see a long-term moat, though the company will likely continue to operate as part of the herd in an increasingly competitive marketplace.

Disclosure: I do not own shares in any companies named in this article.

Wed Aug 26 , 2020
Photo credit: Raymond Boyd – Getty Images From Delish Update, August 26, 2020 12:55 p.m.: Some Ruby Tuesday employees are accusing the chain of closing locations while giving them no (or extremely short) notice, according to a report by Business Insider. In the report, one former employee said he showed […] 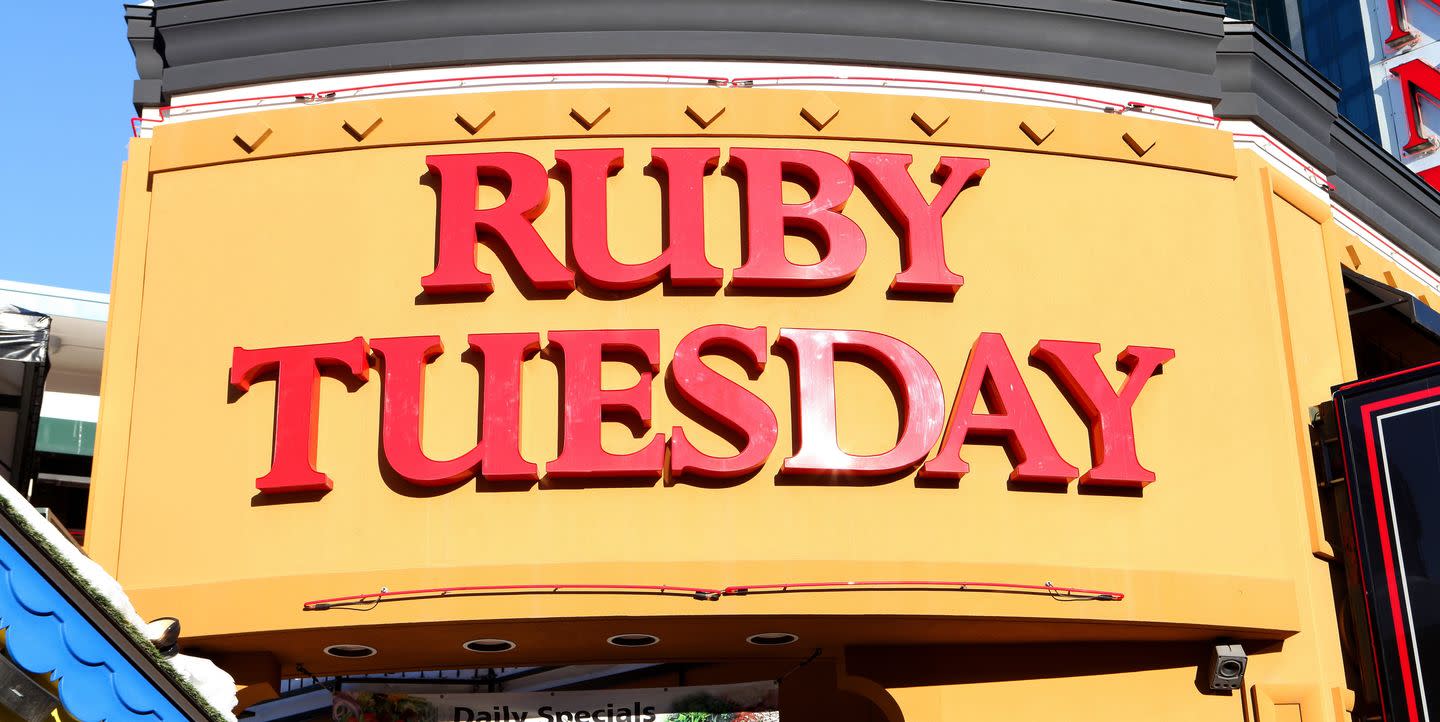