It took a worldwide pandemic for the decades-old promise of telehealth to make real-world sense in America. Telehealth has long been heralded as a game-changer that can improve care and potentially lower health-care costs. Yet few patients and doctors had any interest in using it until March, when COVID-19 lockdowns […]

It took a worldwide pandemic for the decades-old promise of telehealth to make real-world sense in America.

Telehealth has long been heralded as a game-changer that can improve care and potentially lower health-care costs. Yet few patients and doctors had any interest in using it until March, when COVID-19 lockdowns forced large swaths of the population to stay home and fear of contracting the coronavirus largely kept people away from hospitals and physicians’ offices.

“You hear people in the telehealth industry talking about what they’ve been working on for 10-plus years,” said Kristi Henderson, senior vice president of innovation and telehealth for UnitedHealth Group’s Optum business. “In a matter of weeks [they] had more accomplishments than over that entire decade.”

Millions of Americans have called, messaged or chatted online with a health-care provider since March, essentially putting into effect the first national large-scale experiment of telehealth’s potential. To some degree, the experiment is working. A recent survey conducted by the consulting firm West Monroe found that one-quarter of 1,500 Americans would prefer to use telehealth over in-person visits once the pandemic ends.

“New ideas are being put out there and tested,” said Eric Mayeda, analytics leader at health-care advisory firm Chartis Group. “It’s kind of the cauldron of innovation that we’re seeing right now.”

That said, many of the experiments — such as allowing doctors to use everyday platforms like Apple Inc.’s FaceTime
AAPL,

or Zoom
ZM,
,
testing out new ideas like remote physical therapy or pulmonary rehab, or providing video access to a clinician with just a few clicks of a mouse — have led to questions about the workability and promise of telehealth going forward. How will privacy concerns be addressed for non-HIPAA compliant platforms? Will lower-income or sicker patients be left out? Will there be more missed diagnoses of serious illnesses if there are fewer in-person exams? Will people overuse telehealth once they realize how simple it is? And what happens to health-care spending?

“We know that the cost of health care is going up, and our outcomes are not improving,” Henderson said. “And so we’ve got to try something new. And I think there’s all kinds of ways to put safety nets in there so that it’s seen as augmented where needed and substituted where applicable. In some cases, a quick video or an asynchronous chat really does resolve the issue. And, in other cases, we do need to bring people into care.”

“
1.7 million people covered by Medicarehad a telehealth call in the last week of April, up from the average of 13,000 or so who used telehealth before the pandemic.
”

In our pre-pandemic lives, telehealth was a present but rarely used resource. Though various forms of telemedicine have been around for decades, telehealth visits made up less than 1% of U.S. medical claims in 2018, according to a FAIR Health white paper.

It’s still unclear whether telehealth can actually reduce health-care spending in the U.S.; however, the hope is that prompt or regular use of video calls with primary-care physicians, for example, may divert costlier visits down the line to emergency rooms or urgent-care centers. These visits are more expensive for both the patient and the insurer. Experts say the key thing to remember is that telehealth use will only cut costs if it’s used as a substitute and not an additive.

This year, as the virus tightened its grip on the U.S., there were few options for care besides telehealth. Hospitals and clinics canceled elective surgeries and appointments, and one study found visits to ambulatory-care providers tumbled 60% by early April. Outside of the ERs and intensive care units treating COVID-19 patients, dermatologists and primary-care doctors and pediatricians had to reconsider any previous opposition to telehealth if they still wanted to care for their patients and make money.

Then the U.S. government implemented a set of temporary rules that made all of it easier: Doctors who treat Medicare beneficiaries can provide more types of tele-visits, telehealth calls are now reimbursed at the same rate as in-office visits, and providers can use non-HIPAA compliant platforms like FaceTime, Microsoft Corp.’s Skype, and Zoom Video Communications Inc. (ByteDance Ltd.’s Tik Tok and Facebook Live
FB,

“What [telehealth] lacked was the kind of catalytic event that was going to drive the industry off that adoption curve,” Mayeda said. “And COVID has certainly done that.”

About 1.7 million people covered by Medicare had a telehealth call in the last week of April, up from the average of 13,000 or so who used telehealth before the pandemic, and roughly 35 million telehealth visits have been recorded among Medicare and Medicaid beneficiaries between mid-March and mid-June. (“President Trump will not let the genie go back into the bottle,” Seema Verma, the Centers for Medicare and Medicaid Services administrator, said in an Oct. 14 statement announcing that 11 new medical services would now be covered by Medicare.)

As of Sept. 21, roughly 15,000 employed and contracted health care providers in UnitedHealth Group’s network are live on a telehealth platform, up from the few than 1,000 or so regular users in pre-pandemic days. Teladoc Health Inc., one of the few publicly traded telehealth providers, told investors that telehealth visits using its technology nearly tripled in the second quarter.

To no one’s surprise, investors are delighted by telehealth’s prospects. Teladoc in August spent $18.5 billion in cash and stock to buy Livongo Health Inc., a digital health coaching provider. Its stock has soared 164% so far this year. Amwell Inc., another telehealth platform, went public in September. MDLive Inc., which brought in a $50 million crossover equity investment in mid-September, is planning a public offering early next year, according to a spokesperson for the company.

“
“What [telehealth] lacked was the kind of catalytic event that was going to drive the industry off that adoption curve, and COVID has certainly done that.”
”

Adoption has even trickled down to small practices. Dr. William Sim, an internal medicine doctor in Downey, Calif., a suburb of Los Angeles, said in August that 30% of his business was telehealth calls. In March, it was zero.

It’s the first time that Sim’s practice has used telehealth. Since most of his patients are older and get their health coverage through Medicare, he has designated a staffer who teaches patients how to download Zoom and how to use it. Sim finds the calls interesting, a kind of virtual house call in which he can observe his patients at home. He talks to his elderly patients about how to fix loose rugs and sharp furniture corners, and he takes note of construction workers on the job.

“It’s better than nothing,” he said. “But there’s no substitute for being physically examined by a physician.”

It’s still unclear how or if broader use of telehealth during the pandemic helped cut U.S. health-care costs in the first half of 2020. It won’t be an apples-to-apples comparison because the general belief is that spending across the board has declined in 2020 as people stayed home and delayed care altogether during the pandemic.

“What we did see is across the entire country, every health system, medical practice, every state, public health entity, jumping on and really quickly realizing that it wasn’t as cumbersome as I thought,” Henderson said. “It’s taught a lot of people about the possibility.”

That said, in-person visits to the doctor started to rebound as states reopened their economies in May and June. Total visits, which account for telehealth and in-person visits, bounced back to some degree by July 27, being down 9% as compared to a decline of 57% on April 5, according to the Commonwealth Fund. In-person visits tumbled 69% on April 5 and were down only 16% by the end of July, underscoring the less prominent but still prevalent role of telehealth over the summer.

Many telehealth experts view the pandemic as an unexpected tipping point, although it’s unclear how privacy regulations and reimbursement policies will play out over the next few years. Many of the federal rules that have been put into place for telehealth will no longer exist when the federal public health emergency ends.

— have restarted cost-sharing for non-COVID telehealth calls for employer and individual plans as of Oct. 1, a move that could put into place potential roadblocks for those who are new to remote care.

“When you ask about what the future of telehealth is, it depends a lot on how telehealth is incorporated into the business of health care,” said Dr. Vivian Lee, president of health platforms at Alphabet Inc.’s Verily Life Sciences. “We really incentivize doctors and hospitals and everybody in the business of medicine to just do more things to people, regardless of whether they improve health or not.”

In Lee’s view, the way forward comes down to moving away from a fee-for-service payment model and toward a value-based system in which providers are paid a lump sum to care for a particular patient or their illness. It’s thought that the majority of care in the U.S. is still paid for on a fee-for-service basis. In today’s world, which has a seemingly endless amount of ways for providers to communicate with patients — portals, texts, emails, calls, video chats, and in-person visits — the old model of paying for each individual service doesn’t quite add up.

The Commonwealth Fund, in fact, recently called for telehealth to be reimbursed at a lower rate than in-person visits to the doctor as part of post-pandemic regulations.

That said, many hospitals and clinicians have been reticent to test out new technology or processes or even to hire new people to focus on telehealth if it’s unclear how those services will be paid for in the long run. But the appetite of both patients and providers to test out telehealth during the pandemic may be changing that.

“We’re at a pivotal point,” Lee said. “Because until COVID, I think that there wasn’t as much of an appetite for changing the way in which you pay for health care.”

How To Find And Choose A Fulfillment Center For E-Commerce

Fri Oct 23 , 2020
Marketer, social media influencer, and CEO of Bella All Natural, a vitamin store chain in Los Angeles. getty One of the most important decisions you can make in online business is picking a fulfillment center. Fulfilling orders yourself isn’t always scalable; it quickly overwhelms individual entrepreneurs and small businesses as the […] 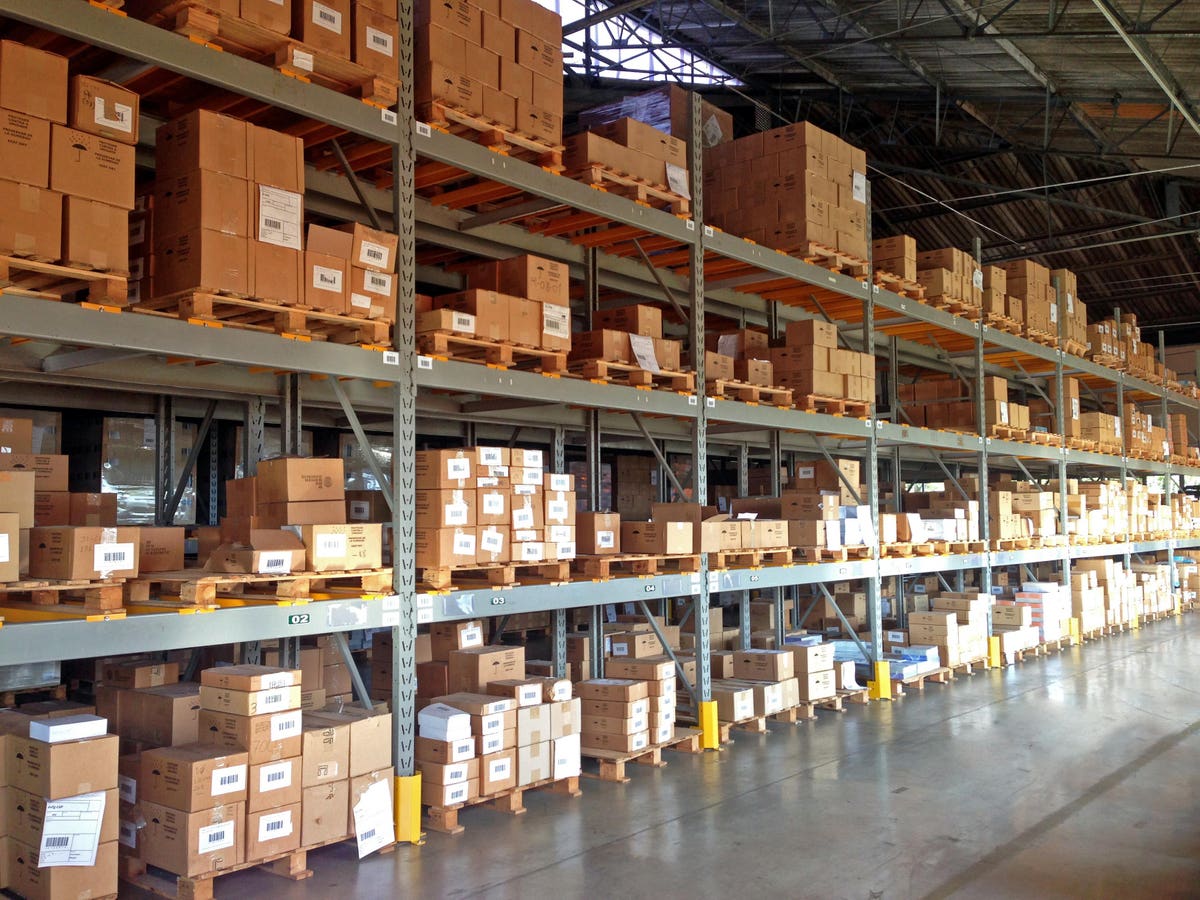