Heavyn Lee would start her day at 5 every morning to begin her journey to Miami Beach Senior High. She would get up, take a swig of chocolate milk and run to catch the 183rd Local, the Miami-Dade bus that would take her from her Miami Gardens home through North […]

Heavyn Lee would start her day at 5 every morning to begin her journey to Miami Beach Senior High.

She would get up, take a swig of chocolate milk and run to catch the 183rd Local, the Miami-Dade bus that would take her from her Miami Gardens home through North Miami Beach, Skylake Mall and Biscayne Boulevard before making its final stop at Aventura Mall.

From there, she’d catch the county bus to Beach High, a two-hour journey to get to school by the 7:20 a.m. bell.

Getting home was even more difficult, as she had a two-and-a-half hour swim practice every day. And, in her junior and senior years, she took dual-enrollment courses at Miami Dade College, getting her home often past 10 p.m.

“My mother made education a priority, so I think it’s only appropriate that I follow suit,” said Heavyn, 18, who graduated from Beach High with perfect attendance —an accolade that began in kindergarten and continued every year thereafter.

Her hard work has paid dividends: She has earned a four-year, full ride to Harvard University, one of only two students in Beach High’s graduating class of 518 to do so, graduating in the top 1 percent of her class.

She’s also been named a Gates Scholar, awarded only to 300 high school seniors across the U.S., with the winning candidates demonstrating academic excellence, leadership ability and “exceptional personal success skills,” according to Gates Scholarship, which pays for any additional costs a student accrues after scholarships during their college tenure.

“I truly believed if Heavyn was provided with a strong academic foundation, when she became an adult, she would be able to flourish in any environment with little guidance from me,” said Heavyn’s mother, Arnetria Lee.

Heavyn and her mother credit her success not only to her teachers at Beach High, but to the mentors at Breakthrough Miami, a year-round academic enrichment program that works with more 1,300 Miami-Dade students, from rising fifth-graders through 12th grade. The program will celebrate its 30th anniversary next year.

Heavyn is one of two Breakthrough Miami students with a full ride to Harvard, and one of the program’s three Gates Scholars.

“Any area you can possibly think of — from recommendations to the college application process — Breakthrough helped us,” said Lee, Heavyn’s mother. “My youngest daughter is also in Breakthrough and currently doing a business camp, which we wouldn’t have known about if not for the program.”

Heavyn’s journey began at Ada Merritt K-8 Center near downtown Miami when her mother — a single mother of four — sacrificed daily one-hour commutes from Miami Gardens to get her to school.

“Heavyn had to go to a school that had a dual-language program, and Ada Merritt offered it,” said Lee. “While attending the school, Heavyn learned Spanish and passed her eighth grade AP language test with the highest score in her class, so the I-95 tolls were worth it.”

As a 1996 graduate of the University of Miami, where she studied criminology, business administration and English, education was important to Lee, and she instilled the same principles into her children.

After learning about Breakthrough Miami, she enrolled her in the program, beginning her Breakthrough journey at Carrollton School of the Sacred Heart in Coconut Grove, one of the five private schools that partner with Breakthrough. (Ransom Everglades, Miami Country Day, Palmer Trinity, Gulliver, plus the University of Miami for high school students.)

“I’ve worked with Heavyn since she was a student at Ada Merritt, and I can tell you that she comes from a good family — you cannot discount an engaged parent,” said Webber Charles, director of student achievement at Breakthrough Miami. “Mom recognized early that dual-language programs were more rigorous than standard programs and decided to look for dual language options for her children — this is a major part of Heavyn’s story.”

As a Breakthrough student, Heavyn, who is fluent in Spanish, had an oasis of opportunities, from chants of sisterhood to fellowships like the Nyah Project, which led her to Indonesia to participate in experiential learning and community service programs.

Breakthrough Miami also introduced Heavyn to her favorite book, Maya Angelou’s “I Know Why the Caged Bird Sings,” and taught her about everything from the Roaring ‘20s to the stock market crash of 1929.

“My attending Miami Beach High was fate,” said Heavyn, who drove there for her junior and senior years, borrowing her grandmother’s car. “I was wait-listed for other schools but was accepted into both Coral Gables and Miami Beach High, both of which had International Baccalaureate programs. In the end, I felt that Miami Beach was more welcoming.”

At Beach High, Heavyn met her favorite teacher, Melissa Balgobin, who taught her for two years in AP and IB Psychology.

“Heavyn had a genuine love for learning and insightful discussions; she always had an interesting way of looking at psychological topics,” said Balgobin. “I will miss her empathy.”

One of the moments that Balgobin remembers most is when Heavyn participated in a discussion about having more diversity in the school’s more advanced academic programs. As one of only two African-American students in the school’s IB program, Heavyn had an idea.

“One of the things Heavyn suggested was finding more creative ways to make minority students believe they can excel, too, and this stuck out to me,” said Balgobin. “Not only did she want other minority students to participate in the higher academic programs, but she wanted to create a belief that the students can be part of accelerated programs and succeed as well.”

In addition to excelling in her classes, Heavyn juggled being a member of the National Honor Society, Women of Tomorrow, National Achievers Society, and Student Government while still maintaining her commitment to Breakthrough Miami. She spent many late nights at the dinner table, working on projects and perfecting speeches for school while her mother gave her feedback.

During the coronavirus pandemic, when schools closed their in-person classrooms and pivoted to online learning, Heavyn had to learn to work from home, without the camaraderie of her classmates and teachers.

“For the first time ever, I took a class with my sister just two feet away,” she said. “All in all, I missed the quips of my peers and the conversations that were all the more likely to happen in class.”

At Harvard, she wants to study political science or finance.

“After I complete undergraduate school, I plan to move on to law school, where I will become an attorney,” she added. “I hope to assist my community against a legal system that does not always grant proper protection.”

Heavyn credits her scholarly success to her family, Beach High and Breakthrough Miami.

“From my mother who instilled in me that I was more than capable and paid I-95 tolls every day to get me to school and to Breakthrough Miami who made it their business to inform me of opportunities, I have always felt that few obstacles in my path stood a chance,” she added. “With so many people investing in me, it was only right that I worked hard to invest in myself. “

For students looking to attain similar success to Heavyn’s, Breakthrough’s Charles advises them to be open to taking risks and to make sacrifices.

“When you look at our students, those that stay with us, and the tremendous success they’ve had, you see that they have had to make great sacrifices. For Heavyn, it was proximity. She traveled a great distance from home to Ada Merritt and then Miami Beach High to get to the programs she needed,” he said.

“She and her family took a proactive approach, and we can produce many more students like Heavyn if we remove the barriers that lock out many of these students.

“At Breakthrough, we are giving students like her the chance to generate opportunities, and we ensure that we don’t leave any talent on the table.”

For information on Breakthrough Miami

Enrollment for Breakthrough Miami will open in October. For information or to apply, visit https://breakthroughmiami.org/ or call 305-646-7210.

Sat Jul 11 , 2020
Getty/iStock Labour’s business spokeswoman has blasted “inherent sexism” in the government’s lifting of lockdown, which has seen pubs and barbers allowed to open their doors before beauty salons and nail bars. Lucy Powell warned that Britain’s high streets could become “ghost towns” unless the government steps up financial assistance for […] 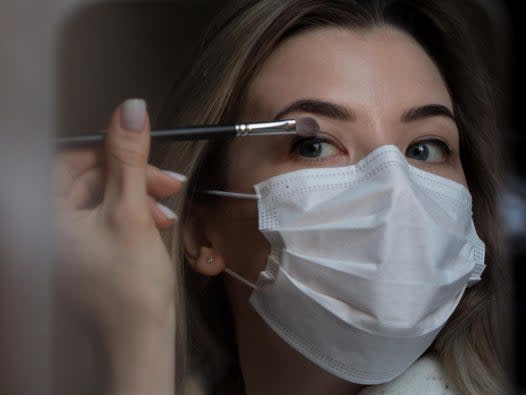