In late night phone calls, Oval Office meetings and informal conversations with outside advisers, Trump, Kushner and Parscale have discussed ways to revamp the president’s campaign and map out a narrow path to victory this fall. Last month, for instance, Rove was invited to the White House to join the […]

In late night phone calls, Oval Office meetings and informal conversations with outside advisers, Trump, Kushner and Parscale have discussed ways to revamp the president’s campaign and map out a narrow path to victory this fall. Last month, for instance, Rove was invited to the White House to join the president, Republican National Committee chairwoman Ronna Romney McDaniel and senior Trump campaign officials for a political strategy session, during which they discussed the president’s standing in a handful of swing states and at least two hotly contested Senate races, according to three people familiar with the conversation.

Rove’s connections to Republican megadonors and his reputation as the canny architect of Bush’s reelection campaign made him one of the first calls Parscale made when Trump’s internal polls started slipping, according to a second campaign official, who added that Rove has also forged a constructive relationship with the president after betting against him in 2016 and seeing his name land in a dozen-plus angry Trump tweets as a result.

People familiar with his involvement said Rove has urged the Trump campaign to focus on defining the president’s plans for a second term, highlighting his challenger’s policy shortcomings and encouraging the president to moderate his tweets as much as possible. Recently, the president and his campaign have been deeply engaged on a mission to convince voters that Joe Biden’s mental health is deteriorating — thus making him unfit for office.

“Karl Rove is a smart guy and he knows that if you sit by and let Trump go off the deep end with crazy tweets and an arena show, you’re just killing our Senate guys,” said a person involved with the Trump reelect.

In a statement to POLITICO, Rove said he has no involvement with the Trump campaign besides speaking to the president’s campaign manager and son-in-law every so often: “I suspect I’m one of a number of people whom Brad Parscale may call occasionally for reactions to a thought or idea on the campaign.”

Trump himself sometimes spends hours on the phone each week with personal friends, conservative media personalities and former staffers. He and Vice President Mike Pence have both consulted Nick Ayers, a senior adviser to Pence during the 2016 campaign and later his chief of staff, about the 2020 race in recent months, while the president has also held meetings with ex-campaign officials Corey Lewandowski and David Bossie. Last week, the Trump campaign also brought back Jason Miller as a senior adviser, marking the return of another 2016 veteran who had maintained close contact with the president and Kushner over the past 3½ years.

“This campaign is no different from 2016, in that it’s still going to be built from what the president is going to do,” said a senior White House official. “It was a very candidate-driven campaign in 2016, and it’s going to be the same here, but you have a lot of people who want to be part of the team and it’s a bigger tent than it was before.”

Can I go on holiday this summer and will I have to quarantine?

Wed Jun 17 , 2020
For many, it felt like summer was cancelled as soon as Matt Hancock said as much on ITV’s This Morning back in early May. “I think that’s likely to be the case,” the health secretary answered when asked if summer would be effectively “cancelled” for the first time since the […] 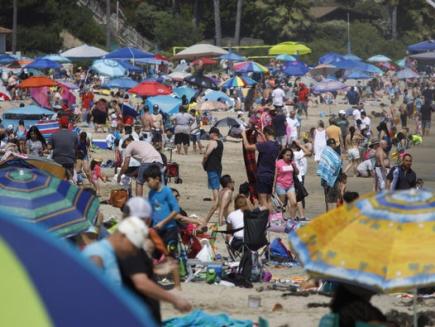