Tim Seiger was preparing to start a big project at Angel Stadium of Anaheim in mid-March when California announced a statewide shutdown to combat the coronavirus. His gig ground to a halt, indefinitely. The 42-year-old isn’t a groundskeeper or construction worker. He makes signs. The Placentia resident’s company, Ultimate Design, […]

Tim Seiger was preparing to start a big project at Angel Stadium of Anaheim in mid-March when California announced a statewide shutdown to combat the coronavirus.

His gig ground to a halt, indefinitely.

The 42-year-old isn’t a groundskeeper or construction worker.

The Placentia resident’s company, Ultimate Design, was partnering with another firm to wrap bars and suites in the ballpark with lettering in anticipation of Opening Day. And now the Angels wouldn’t let anyone in the building.

For about a week, as other clients quickly called off projects, jobs slowed down. Seiger prepared for the worst.

But in a proverbial sign of the times, the life-altering COVID-19 pandemic — and its many demands on human behavior — came with a great need: for signs. And lots of them.

All the signs sing the same song to the public:

We’re still standing. And we need you back.

An industry like sign-making seems nonessential at first glance, a superfluous trade for these uncertain times. But in mid-April, the U.S. Department of Homeland Security’s Cybersecurity and Infrastructure Security Agency deemed it “critical infrastructure” and allowed printers and manufacturers to remain open as long as they instituted a plan to protect employees from the coronavirus.

“Signs are the most visible invisible industry there is,” said Lori Anderson, president and CEO of the Virginia-based International Sign Assn., who lobbied the government agency for the designation. “You don’t notice them until you need them. And right now, we need them.”

Michael Montaño’s family has run Mitla Cafe in San Bernardino off Route 66 for more than 80 years and frequently updates the Mexican diner’s Instagram page. But when Montaño realized sumptuous photos of hard-shell tacos and combo plates wouldn’t help counter the drop in customers that happened after Gov. Gavin Newsom banned dining at restaurants, he ordered a couple of 3-by-9 vinyl banners and hung them outside.

“Open for To Go Orders,” they read. It was the first time Mitla has ever resorted to such a campaign.

“We’re happy with the results,” said Montaño, 44. “We got a lot of ‘I wasn’t sure you were open but I saw your banner’ over the phone. It was an incremental boost, and more than ever, that might have made the difference for us.”

But while sign makers like Seiger say they’re being called on more than ever before, it’s a mixed bag for their bottom line.

Requests for one-off jobs — say, a church that wants the faithful to know Mass is now broadcast online, or a factory announcing new social distancing rules — have flooded the inbox and phone line of David Haroonian, who owns a Fastsigns franchise in West Hollywood.

“They’re ordering signage for COVID protection and shields, and restaurants are putting banners that they’re open for takeouts,” said the 56-year-old.

Around this time of the year, Haroonian — who says revenue has fallen by at least 50% — says his company would be servicing large events like bar mitzvahs and weddings.

Luis Rotulos, who operates out of Lawndale, has experienced the same.

“I go to the shop, and I’ll be there for six to seven hours, and my phone doesn’t even ring once” for a lucrative order, said the 52-year-old.

The blooming of smaller signs is a barometer of how bad the overall economy really is, he said. Businesses “are getting them because they have no business. They want to get noticed by people, because people are afraid to spend money. They’re afraid for what’s going to happen next.”

Anderson, the president of the International Sign Assn., said members have successfully pivoted to focus on the current demand related to the coronavirus, but must be prepared to do so again.

“We’ve moved on from the initial panic of what do we do to stay alive,” Anderson said. “Now we’re moving into a reboot. What could happen to your customers next?”

Another challenge that has emerged is material shortages, which she says was never a problem before.

Rotulos said he used to be able to get vinyl for decals and banners within a day, but now it takes about a week. Also hard to find: an alcohol-based liquid that allows digital signs to function, acrylic to make the plastic sheets necessary for overhead or backlit signs, and aluminum for sandwich boards.

“And all the prices for material went up, too,” said Rotulos. “We can’t put that price on the customer, so our profits fall even more.”

It’s a delicate dance sign makers now must navigate that they didn’t before. At Gunther’s Supply Co., a men’s clothing boutique in Santa Ana, Akihiro Tsuneizumi slowly painted a window ad that would eventually read “Curbside Pickup Online Order” and “Now Open” in white and orange.

Signs decorated multiple storefronts on this stretch of Main Street: for beauty salons, for pupusas, for Colombian fajas (girdles). At Gunther’s, other examples of Tsuneizumi’s craft stood inside and outside: a large wooden cutout of the store’s rockabilly parrot mascot. A paper printout alerting customers that face masks are required to enter. A plank that announced “No Homie Discount.”

Owner Cesar Adame said he asked Tsuneizumi for the old-school approach “because a lot of our customers are in the community, and this allows them to see we’re here and we’re not going anywhere.”

Tsuneizumi, a 45-year-old native of Japan who has lived in the United States for two years, dabbed his fine-point brush in a vintage Playboy that served as his palette. Business has been “OK,” he said. His big issue is having to lower his fee, because clients are “hurting a lot right now.”

“I’m lucky I can do different things,” he said, letting the paint dry before adding another layer. “But not others. It just sucks all around.”

Fri Jun 26 , 2020
Click here to read the full article. Hello, and welcome to International Insider, Jake Kanter here. Well done on making it to Friday, here are the six things we want you to know about the global film and TV business this week. If you want to subscribe, sign up here. 1. […] 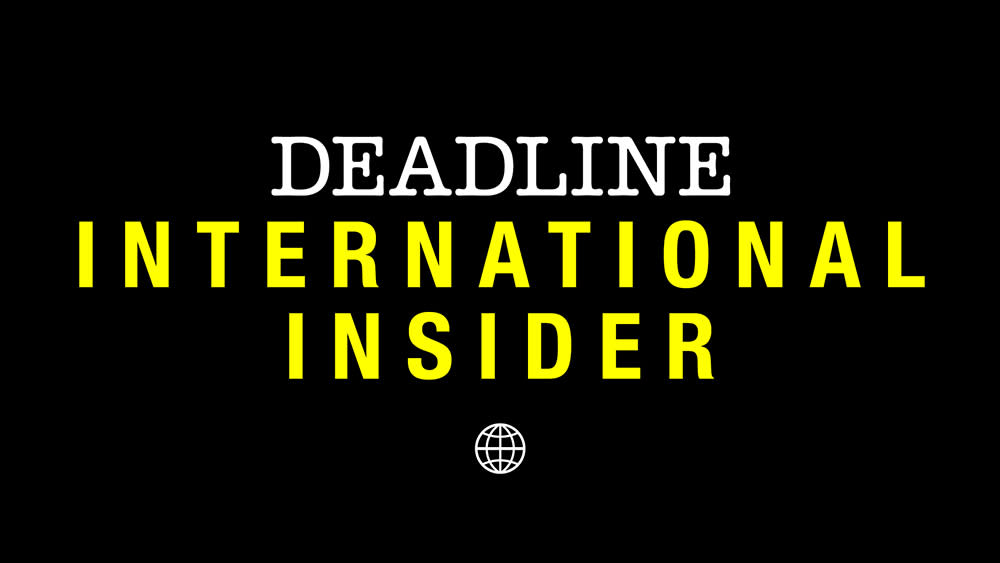