Chrissy Teigen is opening up about her focus on mental health during the coronavirus quarantine and how she’s learned to take a step back from social media because of it.

“I’m barely online anymore, and that was at the request of my therapist,” she told Marie Claire in a new interview. “I didn’t start therapy until quarantine. I used to avoid it and make fun of the idea of it, and then I found the right person and it changed my world.”

The 34-year-old explained her increasing anxiety as a result of running two companies at once — Cravings by Chrissy Teigen and Suit & Thai Productions — in addition to being a mother of two who is now expecting her third child. “With my anxiety, the worst thing is not giving enough to enough people,” she said. “People think I’m tough, but I’m such an empath, and I take on other people’s pain and sadness as my own. And when I let people down, I’m hyperaware of it. Sometimes I feel like people aren’t going to be as hard on me as I am on myself. So it’s good for me to take a break.”

Still, the wife to John Legend and mother to Luna, 4, and Miles, 2, explains that she does feel some guilt about taking a break during a time when so many others are fighting for their lives.

“Part of me right now knows this is not the right time to go silent. It does feel very selfish and weird to say that my mental health is important when there are people being murdered by police and murdered in their own homes,” she explained. “Who gives a fuck about someone making fun of me when people’s livelihoods are being threatened just for telling their stories? I have Black children, so is it really the right time to not want to step on anyone’s toes?”

Teigen recalled the first time that she experienced racism back in 2010 while walking around a “nicer neighborhood” with Legend to find his godmother’s house. “These two guys were in a pickup truck slowly tailing us, flashing their lights and trying to speak to us. When we pulled over, they were like, ‘What are you guys looking for?’ and we gave them the address. They literally said, ‘Get your asses out of here!’ and proceeded to follow us all the way into her driveway,” she said. “They got out of the car and stared at us as we knocked on the door and went inside. It was a terrible, scary experience.”

Although it was her first experience of such treatment, Teigen instantly recognized that Legend wasn’t as shocked, and was saddened to know that it was something he was used to. While raising mixed-race children, she explained that she looks to her husband to help communicate what comes with having Black skin, despite their celebrity parents.

“It’s really hard to teach them about their privilege; there are no books for that. But regardless of money or status, they’re always going to have their skin color,” she said. “When it comes to them being treated differently because of the color of their skin, I’m going to look to John for a lot of help with that because while they are Asian and white too, their skin color is Black. We just try to talk to them like little adults, saying it in words they’ll understand, making it known that it’s very serious, and letting them ask as many questions as they need.”

Despite being known for being so outspoken on social media, especially when it comes to her dislike of President Donald Trump, Teigen explained that she was regrettably quiet when it came to endorsing a particular Democratic candidate earlier on in the race. “I love Kamala Harris, and my biggest regret is not speaking out about her. I was thrown off and got scared,” she said.

Now, Teigen shared that she “could not be more thrilled about Biden’s VP pick!” and that she has “more hope than ever” in her vote for Joe Biden with a woman by his side that Luna can look up to.

“We are proud to stand behind Biden. We’re not only voting for Biden because it’s not Trump. We’re voting for him because we think he’s going to do an incredible job of bringing a bit of healing to the country. We are a divided, hurt nation that needs to be brought back together,” she said. “[Biden is] someone who looks into issues with clear eyes, empathy, and understanding from being involved in politics. I also look at a presidential candidate as someone I want my kids to be able to look up to. I don’t see that in Donald Trump or any of his family.”

Want lifestyle and wellness news delivered to your inbox? Sign up here for Yahoo Life’s newsletter.

Tue Sep 8 , 2020
Welcome to the Capital Note, a newsletter about finance and economics. On the menu today: work from home, GM’s investment in Nikola, and a look at the Vegas-Wall Street pipeline. Cities in the Post-COVID Era With Labor Day now past, it will be interesting to see whether there will be […] 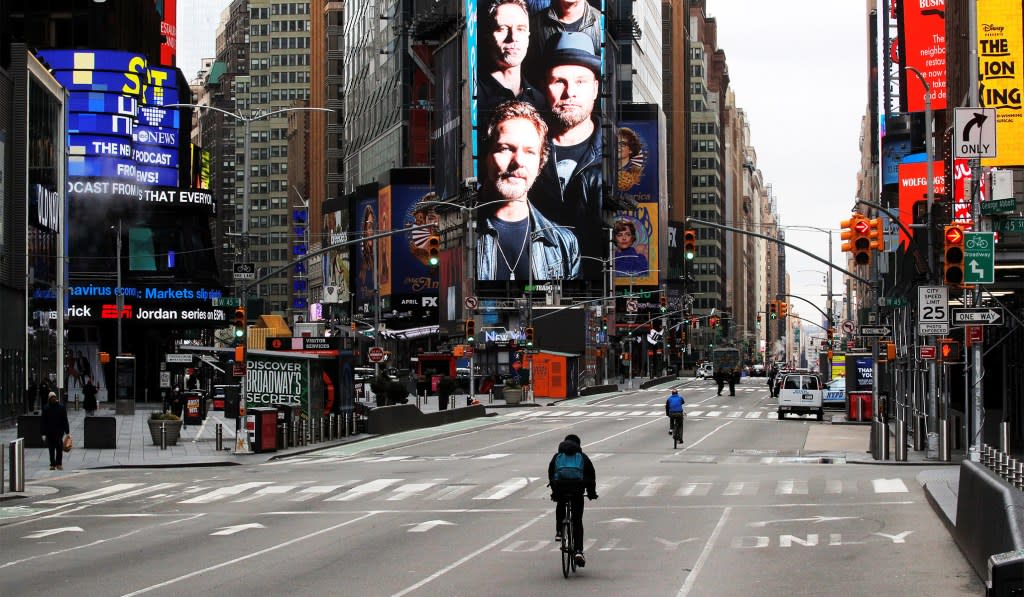