Dawn Guilfoyle is one of thousands who have been barred from using their cash cards because of the failure of huge German payments firm Wirecard. “It’s really bad. I’m left with nothing,” she says. “Once the gas goes off, I’ll have none for cooking or hot water.” Ms Guilfoyle’s card, […]

Dawn Guilfoyle is one of thousands who have been barred from using their cash cards because of the failure of huge German payments firm Wirecard.

“It’s really bad. I’m left with nothing,” she says. “Once the gas goes off, I’ll have none for cooking or hot water.”

Ms Guilfoyle’s card, from the online firm Pockit, has been frozen because the UK financial regulator, the Financial Conduct Authority (FCA) wants to make sure the money is safe.

It is one of dozens of payment cards and foreign currency cards which have been blocked, because they used a payment processing service owned by Wirecard.

Many of Pockit’s hundreds of thousands of customers have their benefits paid into the card account, which is easier to open than a bank account.

Ms Guilfoyle, a single mother from Poplar, in London, is being barred from using £500 of child benefit and other benefits which should be in her hands this week.

“I am going to have to see if I can go to a food bank,” she adds, “I have bills to pay and I am already in debt management.”

Pockit has apologised, telling customers: “We are working with the Financial Conduct Authority to reactivate all accounts as quickly as we can and reunite you with your money.

“Unfortunately, we cannot give a timeframe for the resolution of this issue, but we are working round the clock.”

Tim Potter is battling cancer and having to look after his elderly mother, at Sherbourne, in Dorset, so the failure of his card has been a serious worry.

“I am suffering extreme anxiety – Pockit is used by many highly vulnerable people,” he says, “The FCA have failed to look after us with their heavy-handed, inept approach.”

Mr Potter sent £400 from Pockit to his bank account at RBS, but is concerned that the funds have not arrived yet. Nor has a phone bill been paid.

“Fortunately I managed to pay my rent early in the morning before the freeze,” Tim adds, “The DWP were meant to run a support service for this problem but I have no idea how to access this help.”

In the FCA’s statement announcing the freeze, benefit recipients were advised to contact the Department for Work and Pensions for assistance.

The DWP told BBC News: “We want to make sure people are receiving their benefits, so we are working hard on this.”

Izabelle Butterworth, who works part-time in a shop at Dewsbury, in West Yorkshire, saw her pay go into her Pockit account last week. But she is unable to draw her money out.

“I think it is absolutely ridiculous,” she complains, “I am in a really sticky situation. I can’t transfer the money or get cashback, and I can’t borrow.”

Izabelle is concerned that she may not get her money back. “I’ve checked and it’s there. But is it going to disappear? I don’t know.”

Funds held by e-money firms like Pockit are not guaranteed up to £85,000 as bank deposits are, although they are held in banks and should be safeguarded.

Pockit has told customers: “Your funds are being held by Wirecard in a ring-fenced designated account with Barclays. This means in the event of a Wirecard going bust you are protected.”

Even so, the FCA is anxious to make sure no money is siphoned off because of Wirecard’s collapse in Germany.

“Following last week’s news of €1.9bn missing from the accounts of the German company, Wirecard, we placed requirements on the firm’s UK business so that it should stop carrying out regulated activities and not pay out or reduce any money it holds,” the regulator said.

“Our primary objective all along has been to protect the interests and money of consumers who use Wirecard.”

The FCA said it was working with the firm, and other international and UK authorities, and is making good progress.

“We are maintaining pressure on the firm to resolve these issues which would allow it to operate under certain conditions,” the FCA said, adding: “However, we cannot lift the restrictions without reassuring ourselves that the firm has been able to satisfy all our concerns for example that all clients’ money is safe.”

The independent bookshops to buy from instead of Amazon

Mon Jun 29 , 2020
Shutterstock Whether you’re a bibliophile or not, visiting an independent bookshop is a calming and enjoyable experience. There’s a real joy to surrounding yourself with unread stories – old and new, pre-loved and ready-to-be-loved, first editions and classics – you never truly know what you might find and fall in […] 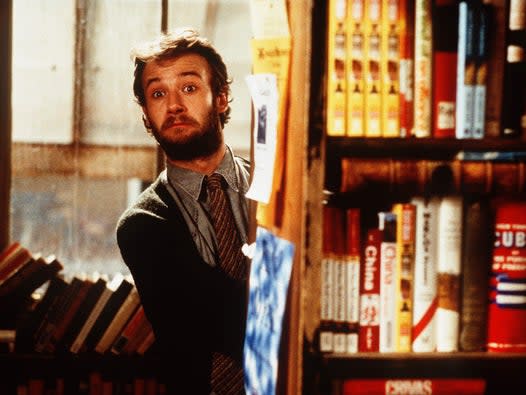