Jim Gaffigan is sharing what he learned after he spoke out against Trump online, and frankly, it’s pretty scary Most of us know Jim Gaffigan. He’s a standup comedian known for being a “clean” comic, making jokes about being a father of five, being a Midwestern Catholic, and eating weird […]

Jim Gaffigan is sharing what he learned after he spoke out against Trump online, and frankly, it’s pretty scary

Most of us know Jim Gaffigan. He’s a standup comedian known for being a “clean” comic, making jokes about being a father of five, being a Midwestern Catholic, and eating weird foods around the world. Because of his clean image, Gaffigan has always been seen as apolitical, but that all changed last week when he took to Twitter to speak out against Donald Trump during the Republican National Convention. He didn’t say anything groundbreaking, but pointed out some of the more glaring and obvious instances of lies and gaslighting taking place at the RNC. Now, after that “tirade,” Gaffigan is sharing what he learned from finally using his platform to speak out for what he believes in.

In a long post on Facebook, the comedian shared some of the aftermath of his rant, including the fact that he’s received numerous threats from angry Trump supporters.

But he also gave a little more insight into why, after years of a career that steered away from his views on politics, he finally decided to speak out now.

“Honestly, I feel I had no choice at this point. I think Trump is ruining and possibly has already ruined my country,” Gaffigan wrote. “For me this isn’t a debate about the size of government, taxes, health care or even abortion. I miss the days when those were the topics I would discuss with friends. I feel a responsibility to coming generations, my children but selfishly I didn’t want to explain to my grandchildren that I didn’t fight to stop Trump. Maybe they will see that I stood up for decency, rule of law, and equality. That’s way more important to me than selling out an arena.”

As for what Gaffigan learned from his rant, and the response from the public? He said a lot of the response he received came from online bots. Are they controlled by Russia, trying to influence our election again? Who knows.

Another thing Gaffigan says he learned is that the belief that Hollywood is a ring of elitist pedophiles is more widespread than he could have ever imagined. “Through numerous messages I learned that while Trump wished Epstien’s partner/groomer ‘Well’, the Democrats are the ones who are supposedly pro-pedophile,” he wrote. “It became abundantly clear that many, many people really do believe Hollywood and the entertainment industry is an enormous pedophile ring. I know that sounds absurd, but I received dozens of messages from people convinced this was true. That isn’t as much of a fringe belief as you might think. Pizzagate wasn’t a one off. It was the tip of the iceberg.”

Amid being told that speaking his mind would end his career, Gaffigan said he also learned the extent to which republican talking points work. “As funny as some might find the reasoning of Republicans, Trump supporters really do believe that Biden is a radical and/or a Trojan horse for America being turned into a Socialist state,” he wrote. “As ridiculous a Biden/Harris ticket being super left may sound to my Progressive friends the feedback I received on all social media platforms would indicate that the Trump messaging is working great. And let’s not forget we laughed Trump all the way into the White House in 2016. That’s why I think we shouldn’t make that same mistake twice. The stakes are too high.”

And finally, what might be the most sobering thing Gaffigan said he learned: “It’s about Trump: It doesn’t matter that Trump and his folks are breaking laws, trying to kill Obamacare, pre-existing conditions or that his handling of the pandemic was disastrous, to Trump voters he is THEIR guy. More importantly he’s ‘THEIR president’ and disagreeing with them is a personal insult. For many Trump voters this isn’t about any other issue except Trump himself. To me that is not only weird but kind of scary.”

The public response to Gaffigan’s post is, of course, a mixed bag. Many people are applauding him for standing up for his beliefs, especially now, when the stakes are so high. But many others are threatening him and his family, denigrating those who are against Trump, and showing just how scary this cult of personality has become. One thing is clear: The election this November will choose a direction for America, and it’ll say a lot about what this country really stands for now.

See the original article on ScaryMommy.com

Mon Aug 31 , 2020
Welcome to Money Diaries, where we’re tackling what might be the last taboo facing modern working women: money. We’re asking women how they spend their hard-earned money during a seven-day period — and we’re tracking every last dollar. Are you a student paying your own way through college? We want […] 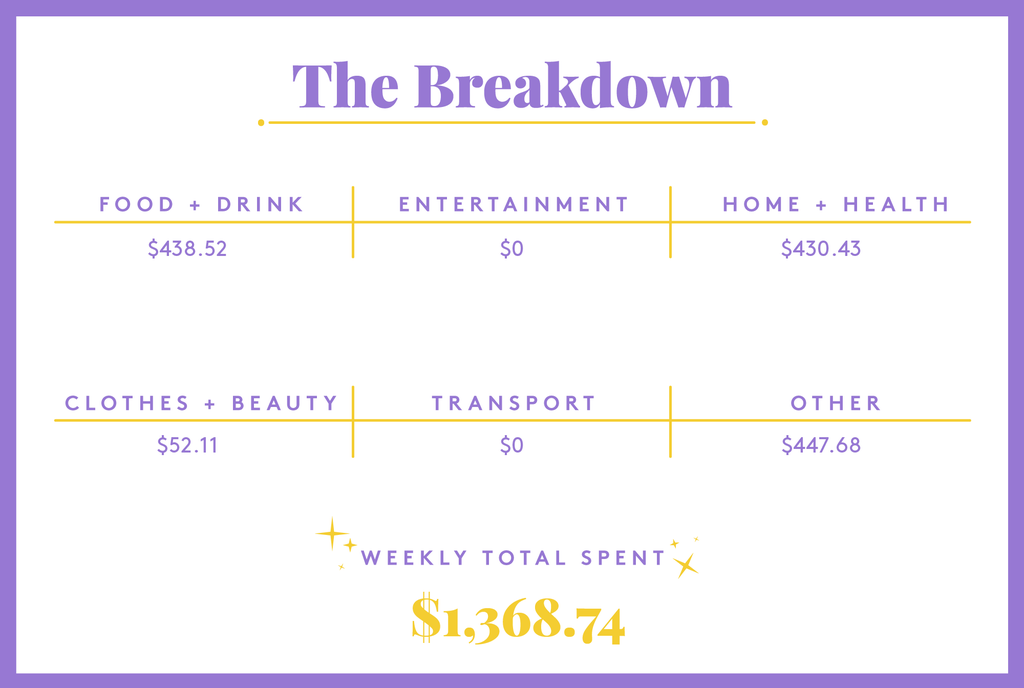