Joe Biden, scarred by tragedy and in the twilight of a long career, is finally being elevated as the Democratic presidential nominee, betting he can win over Americans tired of his polar opposite: Donald Trump. If Trump brought brash and bombast to the White House, wrecking everything from convention to […]

Joe Biden, scarred by tragedy and in the twilight of a long career, is finally being elevated as the Democratic presidential nominee, betting he can win over Americans tired of his polar opposite: Donald Trump.

If Trump brought brash and bombast to the White House, wrecking everything from convention to international treaties along the way, Biden offers reassurance: a self-proclaimed unifier with blue-collar roots and a personal rapport with voters.

With his white hair, engaging smile and air of a longtime senator, he is the avuncular figure calming a nation on the verge of a nervous breakdown.

While Trump derides the 77-year-old Washington insider as “Sleepy Joe,” Biden wagers that after the Republican’s turbulent reign, Americans wouldn’t mind some rest after all.

Biden, who rides into the Democratic National Convention beginning Monday with newly-announced running mate Kamala Harris, claims to be reaching for something deeper: “a battle for the soul of America.”

“That’s going to change in the Biden-Harris administration.”

Trump is 74, but Biden will turn 78 shortly after the November election, which would make him the oldest president ever to take office.

Elected one of the youngest US senators ever, serving for three decades before his eight years as vice president under America’s first black president, Biden is like living history.

Along with those successes have come humiliating flops, notably his failed 1988 and 2008 White House bids.

Even this time, his run looked doomed after state primary losses to fiery leftist Bernie Sanders in Iowa, New Hampshire and Nevada.

But Biden roared back in South Carolina with overwhelming backing from African-American voters, a crucial base of Democratic support.

Biden’s message is built largely on his association with the still-popular Obama and his moderate politics in a divisive time.

But where he stands out is in showing a painfully human side, a stark contrast with Trump’s all-conquering, never-doubting style.

Biden’s first wife, Neilia Hunter, and one-year-old daughter, Naomi, died in a car crash in 1972 while Christmas shopping, just weeks after Biden had won election to the Senate from Delaware.

The accident left his sons Beau, 4, and Hunter, 2, badly injured, and the 30-year-old Biden was sworn in to the Senate beside their hospital beds.

Biden met his second wife, Jill Jacobs, a schoolteacher from Pennsylvania, in 1975 and they married two years later. They have a daughter, Ashley.

Both boys recovered from their injuries and Beau followed his father into politics, becoming attorney general of Delaware and contemplating a run for state governor, before dying of brain cancer in 2015 at age 46.

For all his status, Biden’s perseverance has struck a chord with many Americans in more humble jobs.

In early April during an online Q&A with supporters, he returned to the theme, quoting Britain’s World War II prime minister Winston Churchill: “If you’re going through Hell, keep going.”

Biden retells these family stories so often that, despite his obvious grief, they have become part of a political brand.

His younger son Hunter is another matter.

With a checkered career as a lawyer and lobbyist, Hunter Biden got a lucrative salary serving on the board of a Ukrainian gas company accused of corruption while Biden was vice president.

He survived the scandal, and while he weaponized the Hunter Biden issue it has cooled to a simmer.

Now Trump has honed in on what he insists is Joe Biden’s frail mental state, touting his own capabilities including how he “aced” a cognitive test.

Perhaps that led Biden to lash out this month when a reporter asked if he would take one also.

“Why the hell would I take a test?” Biden snapped.

Joseph Robinette Biden Jr was born November 20, 1942 and raised in Scranton, Pennsylvania, in an Irish-Catholic family. His father was a car salesman.

Biden touts his blue-collar roots and recalls that he was hampered as a child by a stutter so bad he was cruelly nicknamed “Dash.”

He overcame the condition and eventually saw it as a blessing that allowed him “insight into other people’s pain.”

As “Uncle Joe,” he is known for his folksy manner. But he also has a propensity for public gaffes, and his often rambling delivery has raised questions over his mental agility.

Biden’s decades-long political career will make it easy for Trump to highlight errors and embarrassing moments.

But longevity has also given Biden an advantage — there are few skeletons left in the closet. In a time of turmoil, his claim to experience may prove alluring.

Sun Aug 16 , 2020
Well before the novel coronavirus disrupted our way of life, distance learning was a burgeoning industry. With the advent of digitalization, students today have more access to information than prior generations. However, it’s important to establish effective roadmaps for online education, which is precisely what Levered Learning seeks to do. […] 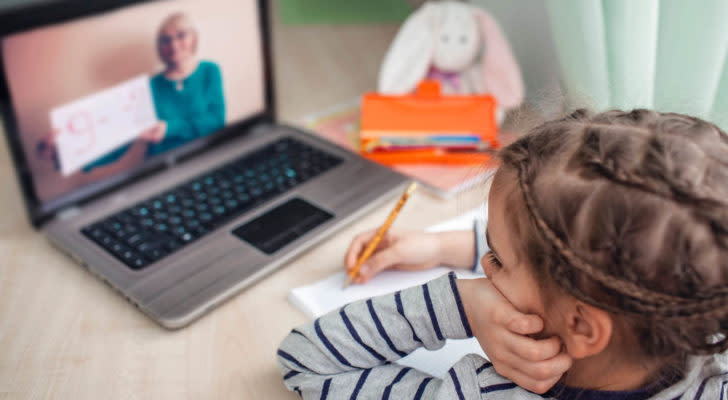