Health care is one of the most consequential issues facing Americans, especially today. Republican state Sen. Tom Kean Jr. is running for Congress, so voters deserve to know his positions on this critical topic. However, his views are conspicuously absent from his campaign website. Unfortunately, Kean’s voting record during his […]

Health care is one of the most consequential issues facing Americans, especially today. Republican state Sen. Tom Kean Jr. is running for Congress, so voters deserve to know his positions on this critical topic. However, his views are conspicuously absent from his campaign website.

Unfortunately, Kean’s voting record during his years in the Legislature reveals he would not protect the health of New Jerseyans in Washington. He is running for the Seventh District seat against incumbent Democrat Tom Malinowski.

Despite the coronavirus pandemic and the fact that nearly 8 percent of New Jersey residents are uninsured, Kean voted against a bill to increase access to affordable health insurance through a small tax assessment on premiums of larger plans.

Kean also opposed creation of the New Jersey Health Benefit Exchange that can offer less expensive insurance to residents than the national Obamacare exchange. He has opposed coverage of family planning services.

The list goes on. With or without the pandemic, electing Kean to Congress would be disastrous for New Jerseyans in need of health care.

In contrast, Malinowski believes health care is a human right. He has fought tirelessly to defend the Affordable Care Act, to extend certain Medicaid provisions and to rein in Medicaid drug prices.

He favors a special enrollment period for the uninsured and wants insurers to pay for COVID-19 testing and treatment. Malinowski is a co-sponsor of The Providing Protective Equipment (PPE) Act, to improve the national stockpile so we are never caught off-guard again.

We need a representative who will help deliver the health care our residents deserve. Malinowski is that person.

It was very reassuring to hear President Donald Trump tell us that if, like he, we contract the COVID-19 virus, we should not fear it, nor let it dominate us. We’re going to beat it!

l’m not sure how that squares with the 211,000 Americans who didn’t beat it, but what does that matter? The point is, if you follow our president’s lead, you will come back from the virus feeling thumbs-up fine.

First, make sure you have your personal Marine helicopter fly you to one of the finest hospitals on Earth, where you’ll have a dozen doctors, many of world renown, attending to you and you alone. Then add several around-the-clock private duty nurses, as well as multiple doses of a drug very, very few people outside clinical trials have been able to attain.

You’ll feel better than you have in 20 years!

Finally, when you come home to family and friends who were worried about you, be sure to immediately remove your mask.

Thank you, Mr. President, for all your guidance and concern!

The honor is hers, not her husband’s

I was perplexed by the Star-Ledger’s Oct. 9 “Milestone for Princeton” front-page teaser for a story inside about the university’s name change at one of its residential colleges.

It read: “For the first time in its history, Princeton University will name a residential college after a Black woman, Mellody Hobson, a business woman, graduate of the school and wife of ‘Star Wars’ creator George Lucas.”

If a man were receiving the same honor, I’m pretty sure the teaser would not have included information about who his wife was.

Upon reading the article, there were a number of other facts about Hobson that could have been used in a front-page story highlight. She is the CEO of one of the largest African-American financial firms in the nation and was first in her family to graduate college, to name just two.

I hope the Star-Ledger will consider its words more carefully when identifying anyone, female or male, in the future. Every person has the right to be identified by their own accomplishments, not who they are married to.

Gov. Phil Murphy is preparing to sign a bill to release about 3,000 state prisoners early because of danger posed by the COVID-19 virus.

Are these individuals going to be tested before release? Do they have more rights than law-abiding citizens have? Is there no control within the prisons to confirm that this virus is under scrutiny?

Will there be an additional bill to allow these released prisoners to vote in the Nov. 3 election?

These are questions to address seriously and answer honestly.

Editor’s note: According to an article citing NJ Advance Media sources, Murphy will sign the bill Oct. 19, but none of the affected prisoners would be released until Nov. 4, the day after the election.

How to build a gaming PC for beginners: All the parts you need

Sun Oct 11 , 2020
Building a gaming PC is arguably the best technological investment you can make. A quality gaming rig lasts longer than a smartphone, boasts more power than a gaming console, and is infinitely more versatile than even the most powerful streaming box. Whether you’re typing up documents, editing video or cranking […] 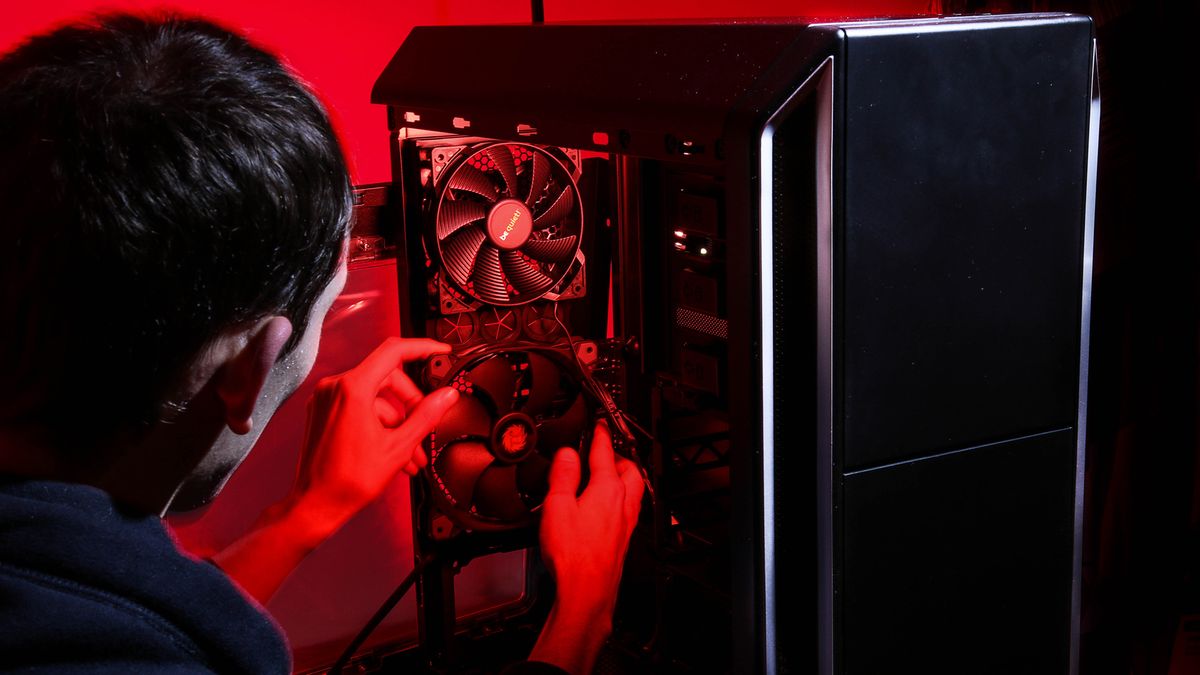