A child eating a burger Some of the UK’s biggest food companies have attacked a plan that could see all online junk food advertising banned to tackle childhood obesity. In a letter to the prime minister, bosses of firms including Britvic, Kellogg’s and Mars said they supported government efforts to […]

Some of the UK’s biggest food companies have attacked a plan that could see all online junk food advertising banned to tackle childhood obesity.

In a letter to the prime minister, bosses of firms including Britvic, Kellogg’s and Mars said they supported government efforts to tackle obesity.

But they said the plans were “disproportionate” and lacked evidence.

The government has said it is determined to help children and families make “healthier choices”.

It originally planned to ban online adverts and TV commercials for unhealthy foods that appeared before 9pm, but strengthened this in November.

The prime minister is said to have changed course after being hospitalised with Covid-19, something he links to being overweight.

The proposal, which is still under consultation, could usher in some of the toughest digital marketing restrictions in the world by the end of 2022.

Firms would not be able to promote foods high in fat, salt or sugar in Facebook ads, paid search results on Google, text promotions and posts on platforms such as Twitter and Instagram.

But the letter, which has been signed by 800 food and drink manufacturers and 3,000 UK brands, says food companies have not been given enough time to submit detailed objections.

“The UK government is quite correctly committed to evidence-based policy making. However, the evidence base underpinning these proposals is lacking in both detail and efficacy,” it says.

“Additionally, there is still no agreed definition of which foods the government is including in these proposals.

“They are so broad they even capture family favourites from chocolate to peanut butter to sausage rolls.”

The government estimates children aged under 16 were exposed to 15 billion junk food adverts online in 2019, versus 700 million two years earlier.

But in the letter, firms said advertisers could use sophisticated online tools to aim their advertisements at adult audiences, not children.

It also voiced concern about plans to police how producers described their products on their own websites and social media channels, saying this would disproportionately impact smaller businesses – which make up 96% of the industry.

“Is it really the government’s intention that a local wedding cake business, for example, would not be able to share product details on its Instagram account in order to grow its sales?” the letter said.

The food and drink industry is the largest manufacturing sector in the UK, worth more than £28bn to the economy and employing almost 500,000 people.

Unveiling plans for the ban earlier this month, Health Secretary Matt Hancock said: “I am determined to help parents, children and families in the UK make healthier choices about what they eat.”

A spokesman for the Department of Health and Social Care said: “We have committed to restricting HFSS adverts [for products high in fat, sugar and salt] on television before 9pm, but we also need to go further to address how children can be influenced online by adverts promoting unhealthy foods.

“We have launched a consultation to gather views from the public and industry stakeholders to understand the impact and challenges of introducing a total ban on the advertising of these products online.”

'I was embarrassed to tell friends about my business'

Mon Nov 23 , 2020
Adnan says he felt “a bit embarrassed” about his online business “I’ve always been fascinated by the internet for as long as I can remember. “I spent my teens online, building communities and businesses, growing up in suburban Surrey.” At 30, Adnan Ebrahim is now a seasoned tech entrepreneur. He […] 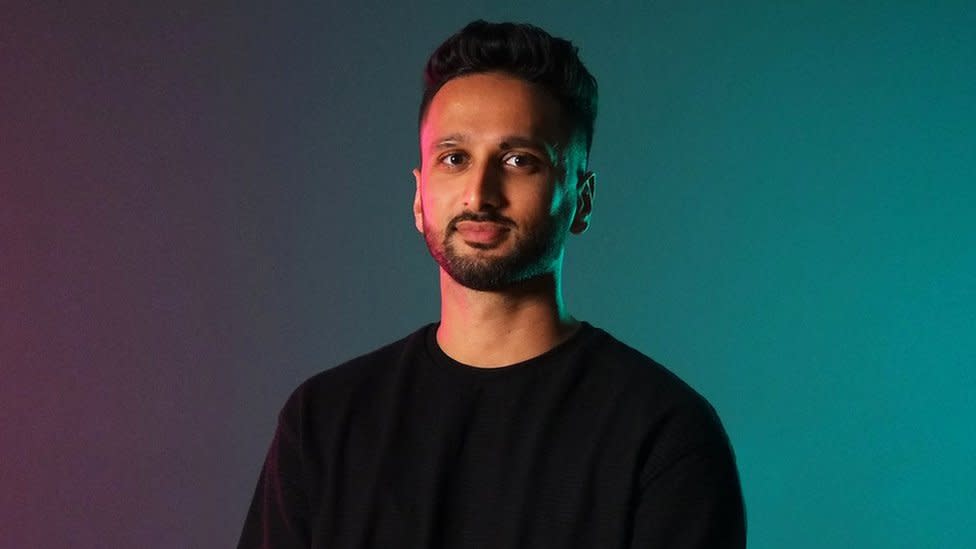