Ken Kurson, the former top editor of Jared Kushner’s New York Observer, was charged with cyberstalking, including installing spyware on someone else’s email and social media accounts and trying to trash that person’s reputation online.

Kurson, 52, who once served as an adviser to Rudy Giuliani’s 2008 presidential campaign, stalked and harassed three people in 2015, using the aliases “Jayden Wagner” and “Eddie Train,” prosecutors said.

According to a Federal Bureau of Investigation complaint, the allegation came to light during a background check of Kurson after the Trump administration offered him a position with a federal agency. Kurson served as the editor of the Observer from 2013 to 2017. Kushner bought the paper in 2006 but transferred ownership to a family trust after his father-in-law Donald Trump became president.

“Ken Kurson is an honorable man, a loving dad and a brilliant writer,” his lawyer, Marc Mukasey, said. “This case is hardly the stuff of a federal criminal prosecution. He will get past it.”

Kurson, of Maplewood, New Jersey, was released on a $100,000 bond after appearing before U.S. Magistrate Judge Ramon Reyes in Brooklyn, New York. The judge prohibited Kurson from contacting his alleged victims.

Kurson allegedly stalked one of his victims out of anger over his divorce, accessing that person’s email and social media accounts and installing spyware to monitor their keystrokes. He also used aliases to file false complaints or claims of misconduct against that person and two others with their employers, and he posted falsified Yelp reviews, according to the complaint.

The FBI said Kurson traveled repeatedly to the workplace of two of his victims, where he took photos and asked about one victim’s schedule.

“Kurson is alleged to have engaged in a disturbing pattern of retaliatory harassment that intimidated and alarmed several victims and their employers,” Acting Brooklyn U.S. Attorney Seth DuCharme said in a statement.

The New York Times reported in 2018 that Kurson had been offered a position at the National Endowment for the Humanities, a federal organization that distributes grants to museums, libraries and cultural institutions. Kurson withdrew his consideration shortly afterward, the Times said, after the FBI uncovered allegations that he had harassed a doctor at Mount Sinai Hospital who had been friends with Kurson and his wife before their divorce.

(Updates with Kurson’s release on bond)

Why Can't We Vote Online in the 2020 Presidential Election?

Fri Oct 23 , 2020
Photo credit: Timothy A. Clary – Getty Images From Marie Claire In 2020, we can connect with friends and family online, run a business online, put on concerts and award shows online, and even conduct official government business like filing taxes and renewing driver’s licenses online. It makes sense, then, […] 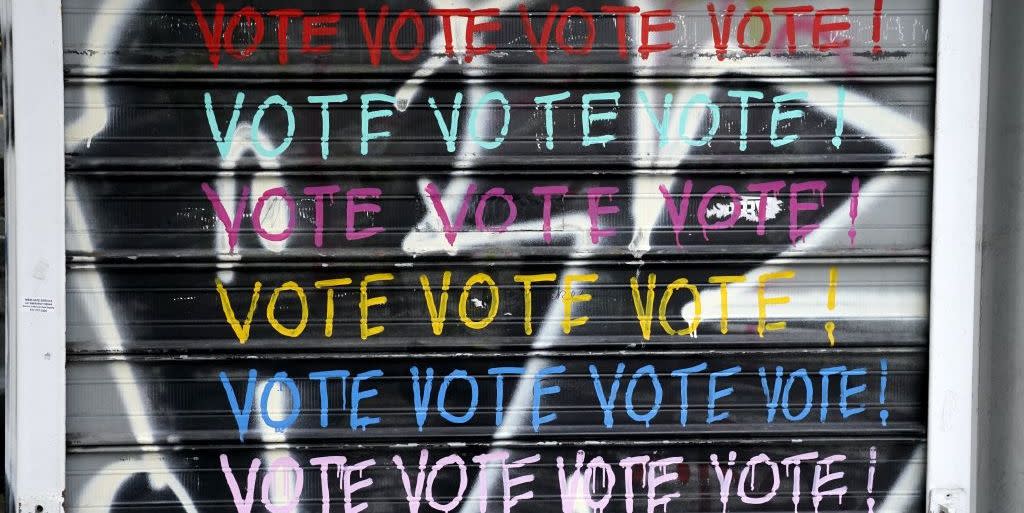