It feels as though 2020 has been going forever, but we are soon coming to the end of the year. Thanksgiving is upon us along with the approaching busy holiday shopping season. Traditionally, Thanksgiving has been followed by Black Friday and Cyber Monday. Squeezed between these two is […]

It feels as though 2020 has been going forever, but we are soon coming to the end of the year. Thanksgiving is upon us along with the approaching busy holiday shopping season.

Traditionally, Thanksgiving has been followed by Black Friday and Cyber Monday. Squeezed between these two is Small Business Saturday.

This day is designed to put a special emphasis on small businesses, the mom and pop stores that serve communities.

Small businesses have a tendency to be overlooked or ignored because many have the perception that a bigger store is better. Small businesses are a vital part of every community, especially in many of the rural areas of our nation.

These businesses have an advantage that larger businesses sometimes cannot offer. Small businesses have opportunities to build lasting relationships simply because more time and effort and can be placed on each customer or client.

I understand how this can happen because my family once ran a small business for many years.

It was there that I learned and began to understand the value of making yourself available to people who had a need for services.

In time, many customers began to feel like extended family, which can warm your heart, no matter how hard the work is.

The holiday season will be a lot different this year because of COVID-19. Many may prefer to do their shopping online rather than in person.

When I pulled into a parking spot at Costco, I was fully within the lines but admit my tires were “kissing” one of the lines.

I went about my shopping. When I returned to the car, there was a note tucked in the rear wiper blade.

I was not pleased. I thought there are a lot more things to complain about in this world than a legally parked car.

My boxes were in the passenger seat, awaiting delivery.

I will keep this note to remind me to look for the good in people instead of the bad.

Whoever the note writer is, I thank you for reminding me of this important lesson.

It is difficult to be surprised at University of South Carolina football coach Will Muschamp being relieved for cause. The lack of preparation and imagination that has plagued his teams during his tenure was simply eye watering.

What is really astounding is that Ray Tanner, former Gamecocks baseball coach, while trying his hand at his new role of athletic director, has been left in charge to try again.

Muschamp will leave receiving $10,850 per week thru Dec. 31 and the buyout that he will receive for the rest of his contract will be $13.5 million.

Tanner saw fit to obligate the university to pay him, when he renegotiated Muschamp’s contract after a few promising but not great early years.

Tanner was able to sign Muschamp in the first place because he had been let go from his first head coaching position at University of Florida. This was for the same reasons he is being shown the door now: lack of performance.

Why would he renegotiate with an employee who still hasn’t turned the corner?

Why not wait until the food is on the table instead of letting the aroma from the kitchen mislead you?

USC President Gen. Robert Caslen has stated that he has “every confidence that Coach Tanner will find the right person to lead our program.”

From where does this confidence spring when Tanner failed to find the right person last time, and then negotiated USC into the tragic business situation it has to live with today?

I have a message to our elected officials: Get a backbone and enact mask laws and go out in force and fine people.

All people in public areas should have a mask around their neck at the ready to pull up over their nose and mouth if they come across another person.

All people walking on streets and in other places where there are a number of other people should be required to wear a mask over their nose and mouth.

All people working in establishments where there are customers shopping should have their nose and mouth covered by a mask at all times.

Those who don’t want to comply can stay home or go through drive-thrus. Grocery stores and drug stores deliver.

Send out a warning that enforcers will be on the streets and going into stores to make sure this is happening. Those who are not following the law will be fined. Then do it.

If we start now as the virus is escalating again, perhaps we can do more to control the spread of this disease and save our beloved city from losing more citizens.

Anyone who has traveled Broad Street over the past three months has noticed a new “lake” at the corner of Lockwood and Broad.

After more than a dozen emails and calls to Charleston Mayor John Tecklenburg and other officials, my neighbors and I still have no answer as to when this will be fixed.

As traffic is rerouted into oncoming traffic, a lawsuit is likely in the making.

After reading the Nov. 9 letter to the editor, “A Shared Racist History,” tears were falling down my face to know that this letter was written and people had the chance to read it.

We blacks have had to endure lots of wrong in our lives in this country. But thank God this is changing.

Should You Get A Dog Or Cat? Stories Of Pet Ownership In The Pandemic : Shots

Sun Nov 22 , 2020
Karen McCullough never wanted a dog. “It would have tied me down, and I had a great, very busy life,” she says. Her career as a keynote speaker at conferences has taken her across the U.S., Canada and Mexico. “My job is to get everybody engaged, excited and ready to […] 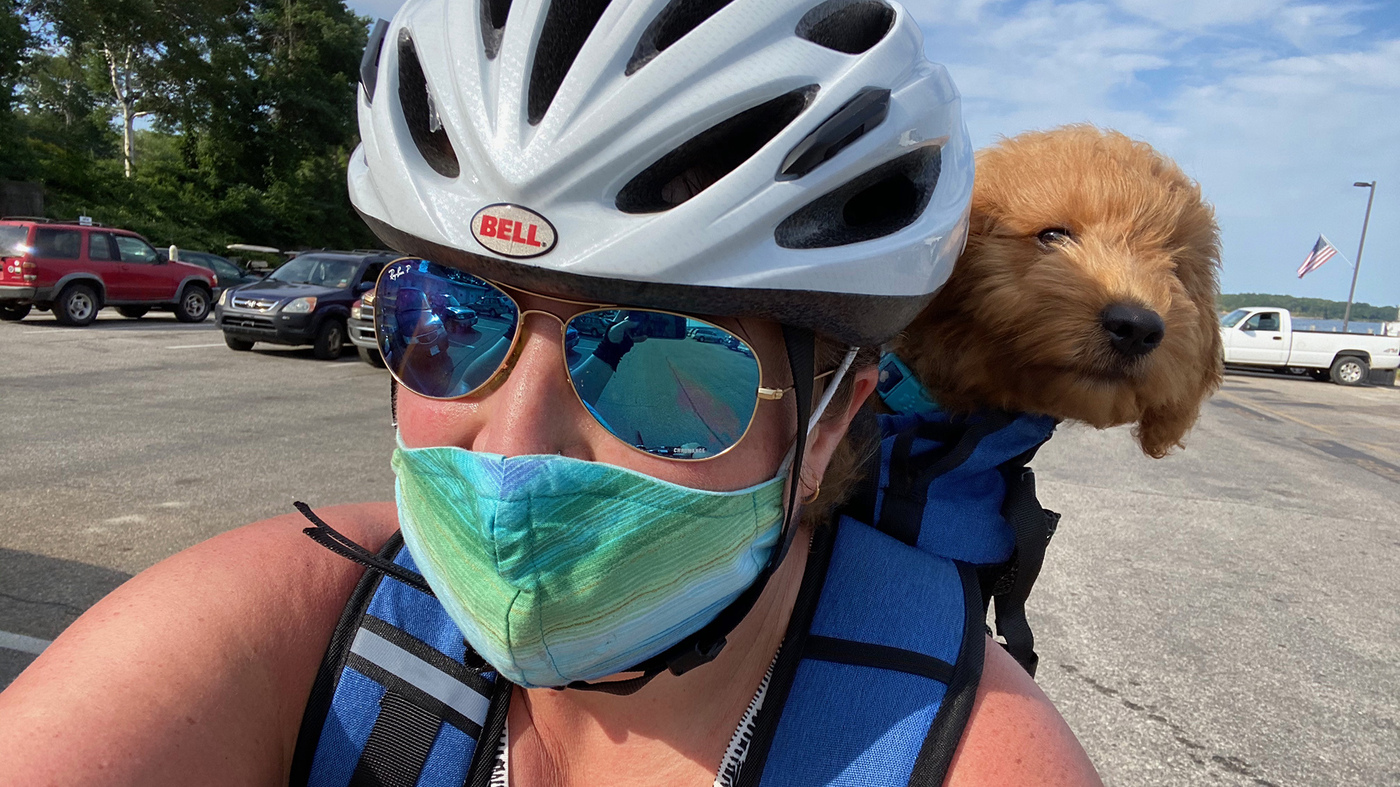