(Bloomberg) — Deutsche Lufthansa AG faces one of the most momentous weeks in a near 70-year history, with a clash between its biggest investor and the German government threatening to scupper a 9 billion-euro ($10 billion) bailout and push Europe’s biggest airline toward collapse. With Lufthansa fighting for survival after […]

Deutsche Lufthansa AG faces one of the most momentous weeks in a near 70-year history, with a clash between its biggest investor and the German government threatening to scupper a 9 billion-euro ($10 billion) bailout and push Europe’s biggest airline toward collapse.

With Lufthansa fighting for survival after the coronavirus outbreak punctured a decades-long global travel boom, billionaire Heinz-Hermann Thiele is threatening to block the rescue plan — which would dilute his holding and influence — at a virtual shareholder meeting Thursday.

Thiele is set to make his case to Lufthansa Chief Executive Officer Carsten Spohr and the two German ministers who brokered the bailout in an online meeting Monday, according to people familiar with the situation. If there’s no breakthrough, the airline will go into the investor vote with its future on the line as cash reserves run low and the threat of insolvency looms.

“We face a fateful week for our Lufthansa,” Spohr said Sunday in a letter to employees seen by Bloomberg, warning that it’s not at all certain the bailout package will gain approval at the extraordinary general meeting.

The carrier’s chances of securing backing for the proposal suffered a blow after only 38% of shareholders registered to vote by a deadline over the weekend.

That means Lufthansa’s management must secure two-thirds of votes to win the day, rather than a simple majority. With a 15% holding, Thiele, a former army tank commander, effectively has a blocking minority, assuming he registered, which the airline declined to confirm.

Germany’s third-richest man has expressed dissatisfaction with the rescue, saying the state is profiteering, and is expected to press Finance Minister Olaf Scholz and Economy Minister Peter Altmaier for last-minute changes, according to the people, who asked not to be named discussing a private meeting.

Terms of the package of loans and equity investment call for Lufthansa to issue a 20% stake to the government in Berlin at the nominal price of 2.56 euros per share, a change that needs to be approved at the online EGM.

“The federal government should confine itself to the financial aid packages, which are fundamentally very positive, and should not grow into the role of a return-oriented investor,” Thiele, 79, told the Frankfurter Allgemeine Zeitung newspaper last week.

It’s unlikely that the government will give ground before the vote, as Scholz has articulated before, having rejected other scenarios as unacceptable or impossible to deliver in time to meet Lufthansa’s cash requirements, one of the people said.

One would see the vote pass with Thiele’s support. The second envisages a failure of the deal, with the government then withdrawing its offer of a 20% stake, a relatively minor part of the deal in terms of the cash it would give to the carrier. The third scenario would see Thiele scupper the deal and then expand his holding as the share price fell.

Lufthansa on Monday fell out of Germany’s bluechip DAX index after its share-price decline this year. The decision to remove the airline was taken by Deutsche Boerse earlier this month.

Monday also marks Lufthansa’s self-imposed deadline for an agreement with unions on as many as 22,000 job cuts, though the sides may agree to a limited cost-reduction package to buy time as talks continue.

The group’s board is separately due to meet with Brussels Airlines, having threatened to put the unit into bankruptcy or up for sale if it fails to secure a bailout from Belgium to match rescues for Swiss and Austrian divisions. It’s not clear if the meeting will go ahead given the current circumstances.

Korbinian Wagner, a spokesman for the German economy ministry, said on Sunday that the government “has presented a good and balanced offer to which the supervisory board has agreed.”

Whether Thiele will be prepared to put his 750 million-euro stake at risk isn’t clear, though Altmaier has said previously that the airline will be saved at any cost — perhaps giving the investor hope that Germany would ultimately revisit the basis of the bailout if left with no other choice.

Spohr said in his letter that Lufthansa is preparing for all scenarios, including ways to avoid grounding its jets and continuing communications with the German government should the vote be lost.

“The aim of the board, obviously, is to avoid an insolvency and all the consequences that would bring,” he said.

The sellers to buy from instead of Amazon

Mon Jun 22 , 2020
Shutterstock Whether you’re a bibliophile or not, visiting an independent bookshop is a calming and enjoyable experience. There’s a real joy to surrounding yourself with unread stories – old and new, pre-loved and ready-to-be-loved, first editions and classics – you never truly know what you might find and fall in […] 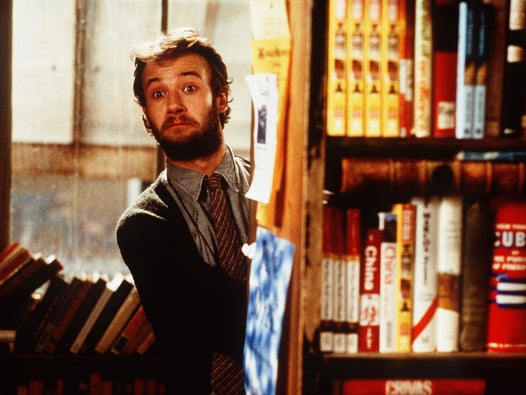