With Heinz Hermann Thiele declaring support after days of frenzied speculation about his intentions, the state rescue appears likely to secure the two-thirds backing required at Thursday’s special shareholders meeting. The German billionaire who had earlier criticized the conditions held the votes to single-handedly stop the deal and plunge Europe’s largest airline into turmoil.

A failure of the landmark bailout, which featured the state buying a heavily discounted 20% stake in the airline, would also have been a serious blow to Chancellor Angela Merkel’s efforts to take a more activist approach to managing Germany’s economy.

Thiele eased those concerns by saying he “will vote in favor” of the plan at the meeting, according to an interview with Frankfurter Allgemeine Zeitung published on its website late Wednesday.

Because only 38% of shareholders registered for the online meeting, Thiele’s 15.5% stake translates into about 41% of the votes. Lufthansa needs to win about half of the rest for the share sale to pass. It’s only part of the larger bailout package that also includes state loans and a so-called silent participation.

Approval of the deal would bring the curtain down on weeks of high-stakes drama that buffeted Lufthansa’s stock and bonds and forced it to examine insolvency. It would also thrust the state back into the heart of a company that was privatized with fanfare two decades ago.

The news of Thiele’s support also triggered a sharp rally in Lufthansa debt, with the company’s euro bonds maturing in 2024 jumping the most on record to trade as high as 90.2 cents on the euro. The airline’s bonds have been under pressure since March and a sell-off accelerated last month when the company lost its investment-grade rating at S&P.

The virtual meeting starts at 12 p.m. in Frankfurt. Chief Executive Officer Carsten Spohr, who’s fighting for the airline’s survival, will address shareholders before opening the floor to questions. The process could take several hours before the vote proceeds and the results are released later in the afternoon.

In another step forward the deal, Lufthansa on Thursday won European Union approval for a 6 billion-euro recapitalization plan, the bulk of the financing in the rescue plan. To ease competition concerns, the airline has committed to make slots available at its Frankfurt and Munich hubs.

Securing a state holding would be a victory for Finance Minister Olaf Scholz, pleasing his Social Democratic allies and bolstering his ambitions to run for chancellor next year. Economy Minister Peter Altmaier would notch a landmark deal that’s meant to serve as a model for the government’s plan to act more as a state capitalist.

Andreas Laemmel, a member of the Bundestag’s economy and energy committee for Chancellor Angela Merkel’s bloc, said the negotiations with Lufthansa had served as a “learning process” for the government which will inform talks on possible future bailouts for other companies.

“The aid package will protect the value of the shares and help the company be successful again,” Laemmel said Thursday in an interview with Deutschlandfunk radio. “That’s the best contribution that the government can make, giving shareholders security.”

Unions, many investors and proxy advisory firms recommend shareholders back the deal. While stockholders will see their holdings diluted, it’s not clear what the rationale for blocking the package would be without a major investor proposing an alternative.

Securing the bailout would allow Lufthansa’s management to turn attention to negotiating restructuring packages with the company’s powerful labor unions. The airline late Wednesday reached a deal with its cabin crew union that would save around 500 million euros until 2023. In return, Lufthansa pledged not to make redundancies for the duration of the coronavirus crisis.

The company faces tough choices as it seeks to slim down for what Spohr predicts will be years of depressed travel demand. Labor representatives back the deal as the alternative coould man even deeper cuts.

“We extraordinarily welcome the decision to support the state aid package,” Christine Behle, a supervisory board member and deputy chairman of labor union Ver.di, said in an emailed statement. “With this, the survival of the company would be secured and an insolvency avoided.”

Big Short on Malls Is the Only Distressed Game in Town

Thu Jun 25 , 2020
(Bloomberg Opinion) — It’s hard to think of a less sympathetic group during the coronavirus pandemic than hedge funds and other firms that buy distressed assets and companies. They’re colloquially referred to as “predators” or “vultures” for a reason, after all. These investors step in when the outlook appears bleakest — and they […] 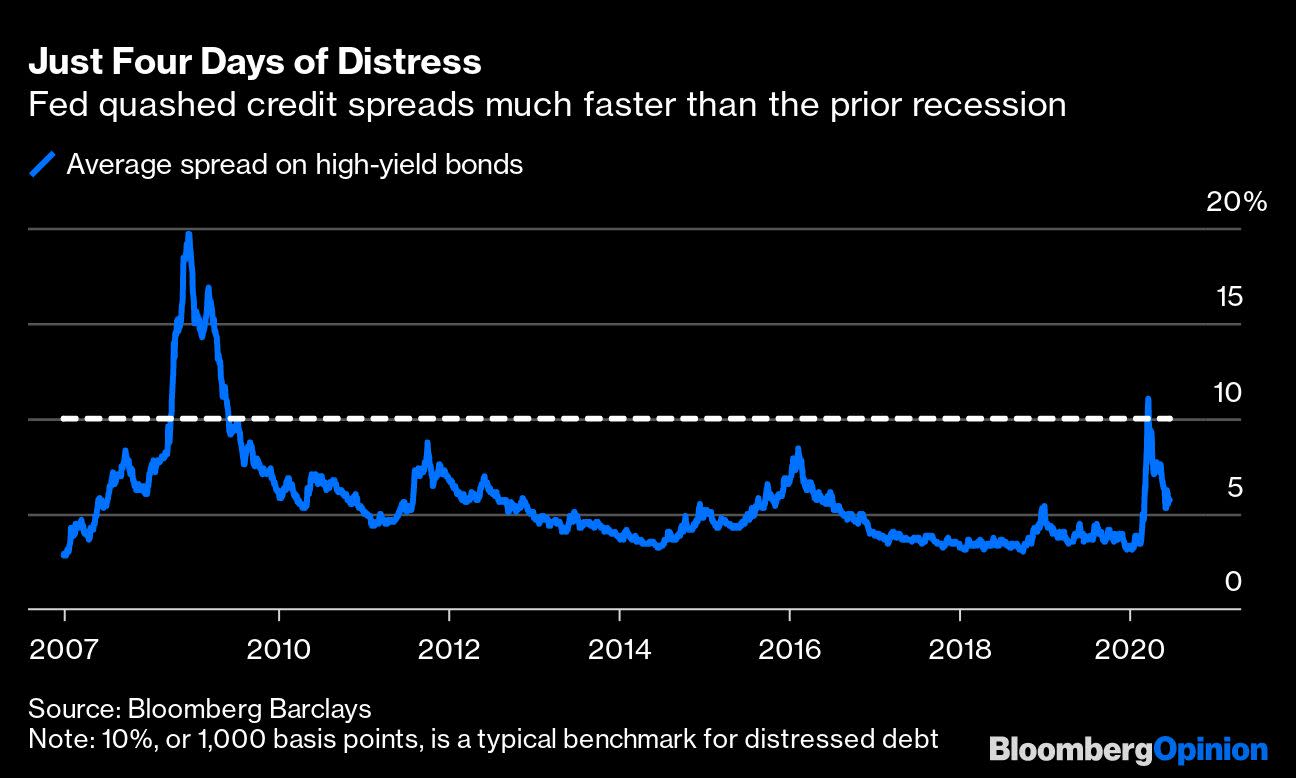