MADRID — The Madrid regional government is further restricting family reunions and social gatherings to curb a sharp spike in coronavirus cases just as schools are set to reopen. An existing ban on outdoor meetings of more than 10 people is now being extended indoors, after most new recent infections […]

MADRID — The Madrid regional government is further restricting family reunions and social gatherings to curb a sharp spike in coronavirus cases just as schools are set to reopen.

An existing ban on outdoor meetings of more than 10 people is now being extended indoors, after most new recent infections have been tied to gatherings at homes. Funerals, burials, weddings and religious celebrations, as well as group visits to museums or guided tourism will also be restricted starting Monday.

Nearly one third of the country’s new infections are in and around the Spanish capital, a region of 6.6 million. At least 16% of beds in Madrid’s hospitals are occupied by COVID-19 patients, the highest rate of all Spanish regions.

Announcing the new restrictions Friday, the regional health chief said that recent data show the rate of new daily increases is slowing down.

“The pandemic in the Madrid community is stable and is controlled,” said Enrique Ruíz Escudero. “We are not alarmed.”

Madrid is also expanding the number of contact tracers, which has been one of the weakest links in dealing with the the outbreaks. It’s also purchasing 2 million kits for rapid coronavirus tests.

Spain, now edging to half a million confirmed coronavirus cases since February, is leading Europe’s second wave of the pandemic, with a rate of virus prevalence above 212 per 100,000 residents for the past two weeks. Authorities say at least 29,234 people have died with the virus.

HERE’S WHAT YOU NEED TO KNOW ABOUT THE VIRUS OUTBREAK

— More than 100 South African healthcare workers have protested against poor working conditions and urged the government to end corruption in the purchase of COVID-19 personal protective equipment.

— Tyson Foods says it is planning to open medical clinics at several of its U.S. plants to improve the health of its workers and better protect them from the coronavirus.

HERE’S WHAT ELSE IS HAPPENING:

BUDAPEST, Hungary — Hungary has registered 459 new cases of the coronavirus, the highest daily figure since the start of the pandemic.

Prime Minister Viktor Orban told state radio that his government has three main objectives regarding the second wave of the pandemic: Protect those the most at-risk, like the elderly; create conditions needed for schools to function; and rev up the economy.

Orban said Friday that “if the economy has to stop again, we’re all going to be in a very difficult situation.”

Hungary’s decision to close its borders to most foreigners from Sept. 1 has drawn criticism from the European Union, but Orban said that despite the objections from Brussels, “in a few days they will be doing what we are,” because without new border rules they won’t be able to stem the spread of the virus.

PARIS — France has closed 22 of its 62,000 schools since in-person classes resumed this week because of virus infections.

Of those, 10 were on the French Indian Ocean island of Reunion, where access to health care is poorer than on mainland France and the number of virus patients in hospitals has jumped in recent weeks.

Not all those cases turn out to be positive, but once a suspicion is reported, schools must follow an extensive government protocol that can include sending a whole class home for online learning or shutting the whole school.

The French government, like many around Europe, ordered the in-person reopening of all schools this week to tackle inequalities worsened by lockdowns and get parents back to work to revive the economy.

France recorded more than 7,000 new virus cases Thursday, the highest daily rate in Europe and up from several hundred a day in May and June, in part thanks to ramped-up testing. More than 30,700 people with the virus have died in France.

ROME — A senator who is a top aide to Silvio Berlusconi said the former premier was admitted to a Milan hospital early Friday as a precaution to monitor his coronavirus infection.

Sen. Lucia Ronzulli told RAI state TV Friday morning that the media mogul, 83, who tested positive for COVID-19 earlier in the week, was doing “well. He spent the night well” in hospital.

She said he was undergoing “precautionary monitoring” of his infection.

State radio later said he was admitted to San Raffaele hospital, where his private doctor is based, shortly after midnight, after having COVID-19 “symptoms” and would have tests but didn’t give details.

On Thursday, Berlusconi, in a strong but somewhat nasal voice, told his supporters he no longer had fever or pain. Italian media have said two of his adult children also were recently diagnosed with COVID-19 and are self-isolating.

The media mogul spent some of his summer vacation at his seaside villa on Sardinia’s Emerald Coast. Many of Italy’s recent cases of COVID-19 have been linked to clusters in people who vacationed on Sardinia.

PRAGUE — The number of people infected with COVID-19 has continued to surge to record levels in the Czech Republic, surpassing 600 for the second straight day.

Health authorities are expected to discuss a response to the spike later on Friday.

The Czech Republic has had a total of 26,452 infected with COVID-19, 426 have died. Currently, 177 people were hospitalized while 40 needed intensive care.

The “adjusted” control “will provide a smoother settlement and thus a shorter waiting time for travelers into Denmark,” police said in a statement.

The decision was made by the government late Thursday.

On March 14, Denmark introduced permanent border controls to prevent foreign nationals without “a legitimate purpose of entry” from entering the Scandinavian country “with an increased risk of infection as a result” as authorities then phrased it.

SEOUL, South Korea — South Korea will extend elevated social distancing restrictions imposed in the greater capital area for another week as it looks to contain a coronavirus resurgence that threatens to erase hard-won epidemiological gains.

Health Minister Park Neung-hoo announced the decision Friday after health workers reported 198 new cases of COVID-19, mostly from the densely populated Seoul metropolitan area, where about half of the country’s 51 million people live.

Through next Sunday, restaurants in the capital area will be required to provide only takeouts and deliveries after 9 p.m., as they have been doing since Aug. 30. Indoor sports venues like fitness centers and billiard clubs and after-school academies in the region will have to remain closed.

Authorities have shut down churches and nightspots nationwide and shifted most schools back to remote learning to slow the viral spread.

NEW DELHI — The number of people infected with the coronavirus in India rose by another 83,000 and is near Brazil’s total, the second-highest in the world.

The 83,341 cases added in the past 24 hours pushed India’s total past 3.9 million, according to the Health Ministry. Brazil has confirmed more than 4 million infections while the U.S. has more 6.1 million people infected, according to Johns Hopkins University.

India’s Health Ministry on Friday also reported 1,096 deaths in the past 24 hours, taking total fatalities up to 68,472.

India’s case fatality rate of 1.75% is well below the global average of 3.3%, the ministry said. Experts have questioned whether some Indian states have undercounted deaths.

In a country of 1.4 billion people, only those places most affected by the virus remain under lockdown. People are crowding markets and other public spaces with potential safety measures like masks and social distancing largely unenforced.

WELLINGTON, New Zealand — New Zealand reported its first death from the coronavirus in more than three months on Friday.

Health authorities said a man in his 50s died at an Auckland hospital where he was being treated for the virus following a small outbreak in the city that began last month. New Zealand has reported more than 1,700 cases and 23 deaths.

A lockdown in Auckland has been eased, but crowd sizes are limited across the country and masks mandated on public transport.

“As with last time, a cautious approach is the best long-term strategy to get our economy open and freedoms back faster in the long term,” Ardern said.

SYDNEY — Australian authorities have added 53 deaths at nursing homes from earlier this year to the country’s total of coronavirus deaths.

Those deaths plus six that officials reported Friday for the previous 24 hours raises Australia’s toll from the pandemic to 737.

Victoria state officials say the 53 earlier deaths were determined from reconciling numbers from July and August. An outbreak in the city of Melbourne has raced through dozens of aged-care homes, resulting in hundreds of deaths.

The outbreak in the state appears to be slowly waning, with Victoria officials reporting 81 new confirmed coronavirus cases Friday.

Victoria state chief health officer Brett Sutton says that “this is the stubborn tail of the epidemic curve.”

27 Most Lucrative Side Hustles for People Over 50

Fri Sep 4 , 2020
If you think the side hustle was born to serve the millennial generation, that might be true. Everywhere you turn these days, it seems like millennials — ages 23 to 38 — have at least one additional way that they make money other than their main job. But other age groups […] 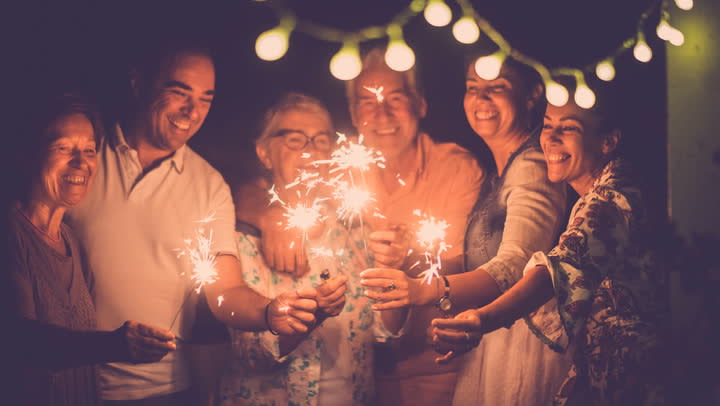