Photo credit: Christian Lantry – Getty Images From Women’s Health When I first heard the term “barre class” a couple years ago, I was immediately transported back to my days as a baby ballerina, when time at the barre meant pliés, stretches that made my hamstrings feel like they were […]

When I first heard the term “barre class” a couple years ago, I was immediately transported back to my days as a baby ballerina, when time at the barre meant pliés, stretches that made my hamstrings feel like they were on fire, and a whole lot of fancy footwork.

My ballet career was short, to say the least. (I tossed my ballet shoes after age seven.) So I was skeptical about a whole fitness class centered around, what I remembered as, the worst part of ballet lessons. (Just being honest here.)

Fast-forward to my first session at Pure Barre—a fitness studio built entirely around the barre—after my roommate at the time assured me it was an amazing workout. I was reluctant at first, but I left the class feeling like every tiny muscle in my core, butt, arms, and legs had been put to the test. I was completely sore the next day.

And while it was reminiscent of my ballet days of yore, it actually felt a lot more like a Pilates or sculpting workout. The class focused on cardio, strength training, and stretching, rather than perfect dance technique. In all, I’ve tried out barre studios across New York City—Physique 57, Xtend, Barre Method, Exhale–and I’ve always been impressed by how much each class challenges my entire body. (Don’t worry, all of these studios offer online workouts.)

To give you a better idea of what to expect in your first barre class, I chatted with Katelyn DiGiorgio, the VP of training and technique at Pure Barre, for the lowdown.

What is barre, exactly?

“Barre class is a workout technique inspired by elements of ballet, yoga, and Pilates,” says DiGiorgio. “It focuses on low-impact, high-intensity movements designed to strengthen your body in ways that few other workouts can.”

In addition to building strength, this full-body workout also develops agility and flexibility, DiGiorgio adds. In some classes, you’ll use just the barre (or equivalent like a countertop or chair back) and your body weight to churn out rep after rep of muscle-burning move, while others incorporate tools like resistance bands, sliders, ankle weights, free weights, exercise balls, and more.

What kind of workout is a barre class, then?

Each barre class is designed to be a full-body, muscle endurance workout (as I’ve definitely experienced). Typically, they’re broken into different sections that focus on major muscle groups including the arms, legs, glutes, and core.

“The muscles in each group are fatigued via small targeted movements, high numbers of repetitions, and light weight or resistance,” says DiGiorgio. Think pulsing in a squat to target the glutes and quads, cranking out as many triceps kickbacks as possible with three-pound weights, or moving through a lively plank sequence.

“Sections of class are also paired with stretching to increase overall flexibility,” DiGiorgio explains. So if you struggle with how to become more flexibile (*raises hand*), barre class is a great choice.

While many barre classes keep movements pretty slow and steady, there are now all sorts of different types of “fusion” sessions for different goals. Pure Barre’s Pure Empower class, for example, combines traditional barre moves with interval training, so you get your heart rate up to get your cardio in, too. Other fusion classes, meanwhile, use more weights and resistance tools to up the strength ante.

So, what are the benefits of barre class?

By now, you know that barre builds strength and muscle and does your flexibility a solid.

But the benefits don’t end there. Barre class also boosts endurance, improves balance, increases range of motion, and promotes better posture (something we all need), according to DiGiorgio. The result of many of these perks: It can support weight management, too.

Oh, and because so many of the moves you’ll work through in class get your abs and back fired up, you can bet you’ll sculpt a stronger, more defined core, DiGiorgio adds.

Plus, even if your primary focus is on getting ready for a race (or something like that), barre class can be a great form of cross training to maintain strength and well-rounded fitness, she says.

You don’t have to be a dancer to try barre, though. Promise.

As I noted earlier, I am far from a capable dancer (any of my friends will attest to this), and DiGiorgio agrees that barre is for everyone. “The community is made of people who have tried every fitness class ever created, as well as those just starting their fitness journey.”

That said, as with any type of fitness, don’t expect to master it after one go. “Class moves quickly, and can be challenging, since you’ll utilize muscles you never knew you had,” says DiGiorgio. “But you’ll get the hang of it after three or four classes, and you’ll generally see results in just eight to 10.”

Don’t be intimidated, either! “Unlike many exercise programs, which require a high level of physical fitness or prior expertise, barre is very beginner-friendly and adaptable to different skill sets and ability levels,” she adds.

Whether you want to improve your posture, build your core strength, become more flexible, or just break up the monotony of your normal gym routine, barre is for you. Since it’s low-impact, it’s also great for all ages—and pre- and postnatal women, DiGiorgio says.

Ready to go for it? Here’s what to wear to a barre class.

While workout outfits are totally based on personal preference, DiGiorgio recommends wearing leggings or capris that you feel comfortable in and a workout tank or T-shirt to barre class.

Wearing clothes that fit close to your body also helps your instructor get a better view of your form (if you’re taking a ZOOM or Google Hangout class or have access to an IRL instructor) throughout class so they can give you advice on any necessary adjustments.

You’ll also want to wear sticky socks to prevent your feet from sliding. (Trust me, this one is essential.)

Here are a few great grippy barre socks to get you started:

Finally, there are a few important form tips to keep in mind during a barre class.

In your first class, “one of the more challenging form essentials to grasp is the idea of small, controlled movements,” says DiGiorgio. “When you hear your teacher say pulse, for example, that literally means just move an inch up and down.” The goal here is to focus on contracting the target muscle, which requires keeping your range of motion controlled and precise.

If your body starts shaking during class, that means you’re doing it right!

Another cue you’ll likely hear: to “tuck your tailbone” or have a “heavy tailbone.” To do this, draw your abs inward and roll your hips under slightly to create a neutral spine, says DiGiorgio. This position promotes core engagement, and comes up a lot throughout class.

Remember, if you don’t catch on after your first try, don’t get discouraged! You’ll learn the lingo and moves after a few classes, DiGiorgio says.

The bottom line: Barre class is great for anyone—whether you’re new to fitness or you’ve danced ballet your whole life. Prepare for a total-body workout and to feel your muscles burn.

13 best laptops for students, whatever your needs 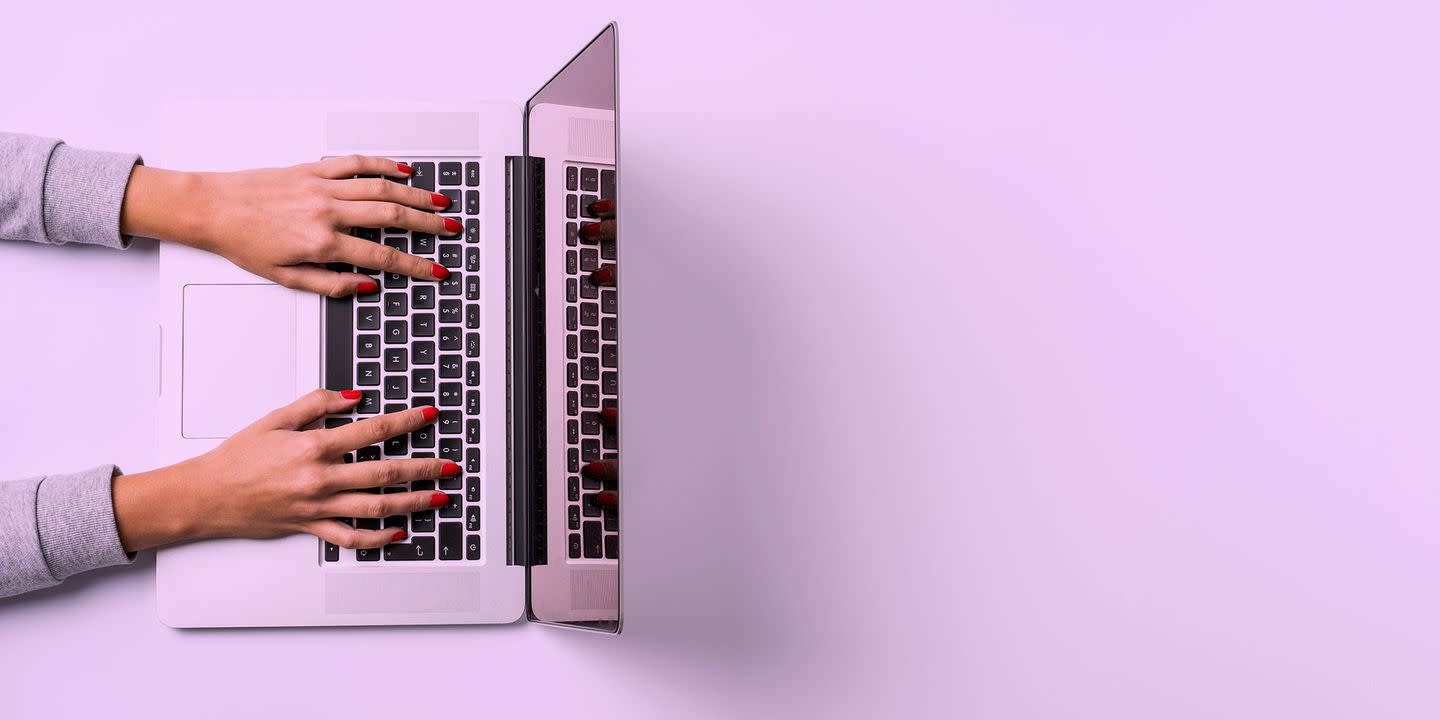