A Black Atascadero store manager posted a video of a customer yelling racial slurs and telling him to “fetch me some water” after the manager asked the man to wear a mask. The video, which shows the man circling the van of his clearly labeled cleaning business while hurling slurs […]

A Black Atascadero store manager posted a video of a customer yelling racial slurs and telling him to “fetch me some water” after the manager asked the man to wear a mask.

The video, which shows the man circling the van of his clearly labeled cleaning business while hurling slurs into the camera, created a furious backlash online as commenters flooded his phone line and Yelp page with negative reviews.

The Tribune was unable to reach the man in the video after several attempts to contact the business. His name has not been confirmed.

Harold Brown, the manager of a store in the El Camino Real Plaza Shopping Center, said this was not the first time in Atascadero that he’s been confronted with racism. It’s just the first time he’s recorded the interaction.

“I’m not surprised by it,” Brown said. “I’m honestly not even affected by it anymore. But, especially in the time that we’re in right now, it’s just shocking to me that people still go out of their way to implicate themselves when the nation is falling apart for that very reason.”

In the video, Brown can be heard saying, “This guy called me (the n-word),“ as the man gets into a van labeled Pro-Cleaners Chimney and Carpet Cleaning, to which the man responds by stepping out of his company van yelling, “So what?”

The man does not say the n-word in the video, however he uses other slurs.

The man yells that he’d been to the store three times to make a cash return while Brown asked variations of “Is that why I’m a (n-word)?”

The man walks around the van while continuing to yell derogatory phrases at Brown.

Along with working as a store manager, Brown founded a record label and media company called Connect the Coast, which he used to share the video and “show people what we are dealing with far more regularly than you’d think.”

He said his company is a resource for young Black artists and a platform to document what most people in the county may never personally experience.

The video was then re-posted by many people to Twitter and Facebook groups, including in Everything Atascadero, sparking the online condemnation.

An attempted store return that went ‘down hill’

According to Brown, the man came into the store Saturday afternoon to return an item he had purchased with cash. Brown did not disclose the business where the incident took place or the item the man wished to return.

Brown said the company can’t give cash returns until they receive a cash payment that day — and because of COVID-19, fewer people have been paying in cash. According to Brown’s employee, the man had come in before, but they had no cash at the time.

Brown said when the man returned, Brown told the man he could not assist him until he put on a face mask or covering, as is company policy in accordance with a state mandate issued by Gov. Gavin Newsom on Thursday.

“He had come in to the store and was told to put on a mask and that just triggered him, and it just went down hill from there,” Brown said. “He immediately started being aggressive and cursing, and as he realized he wasn’t going to get his way, that’s when the racial slurs started coming.”

Brown said he began walking toward the man to ask him to leave the store because he was cursing and called him the n-word. He told the man that he could visit another one of the company’s stores to receive a cash return, however he was no longer welcome at the Atascadero location.

When the man exited and continued to curse, Brown began recording.

“Once he started the racial slurs, I just figured it would be best to document it for myself more than anything,” Brown said.

“He had every opportunity to just leave and he kept making it worse, so I had to capture that,” he added.

He posted the video to his Connect the Coast Instagram page, where videos of other incidents — including a man cracking a whip in downtown Atascadero around the same time of an anti-racism protest — have been documented.

In Saturday’s video, Brown urged community members to call the carpet-cleaning company number on the side of the van shown in the video to which the man yells “Get’ em, boy,” followed by “Fetch me some water.”

After the video began circulating, community members flooded Pro-Clean’s yelp page with one-star reviews, screenshots and segments of the video.

Brown grew up in the Central Coast area and moved to Atascadero three years ago, he said, after living in Los Angeles for a few years.

“Growing up here as a kid, I had a lot of racist experiences and didn’t realize what was happening, but coming back as an adult, ever since I’ve been back, racist interactions have happened to me at least two to three times a week in Atascadero,” Brown said.

In light of recent protests related to the Black Lives Matter movement, Brown said the community has really come together to support him and other Black community members on the Central Coast.

“After seeing all the protests and seeing who my allies are and seeing that we actually have so many allies in the area, I see (the man in the video) is actually a minority in the way he thinks,” Brown said.

Brown said nearly all of the commenters on the video have shown him support.

Although the response has been mostly positive for Brown, he said a few people have tried to justify the man’s actions — which he had expected.

“We keep getting comments on these posts saying, ‘Well, we don’t have the full story, there’s nuance, there’s more context to this,’” Brown said. “But, there is really no context or nuance to racism.”

Brown said he did not report the incident to the police because he did not feel he not in any real danger, “no more than usual,” he said.

Tue Jun 23 , 2020
Click here to read the full article. PARIS — Social distancing may be the new norm, but so, too, is getting up close and personal. While shopkeepers diligently apply bright, new floor markings to regulate store traffic, brands are also busy working behind the scenes to forge deeper, more personal […] 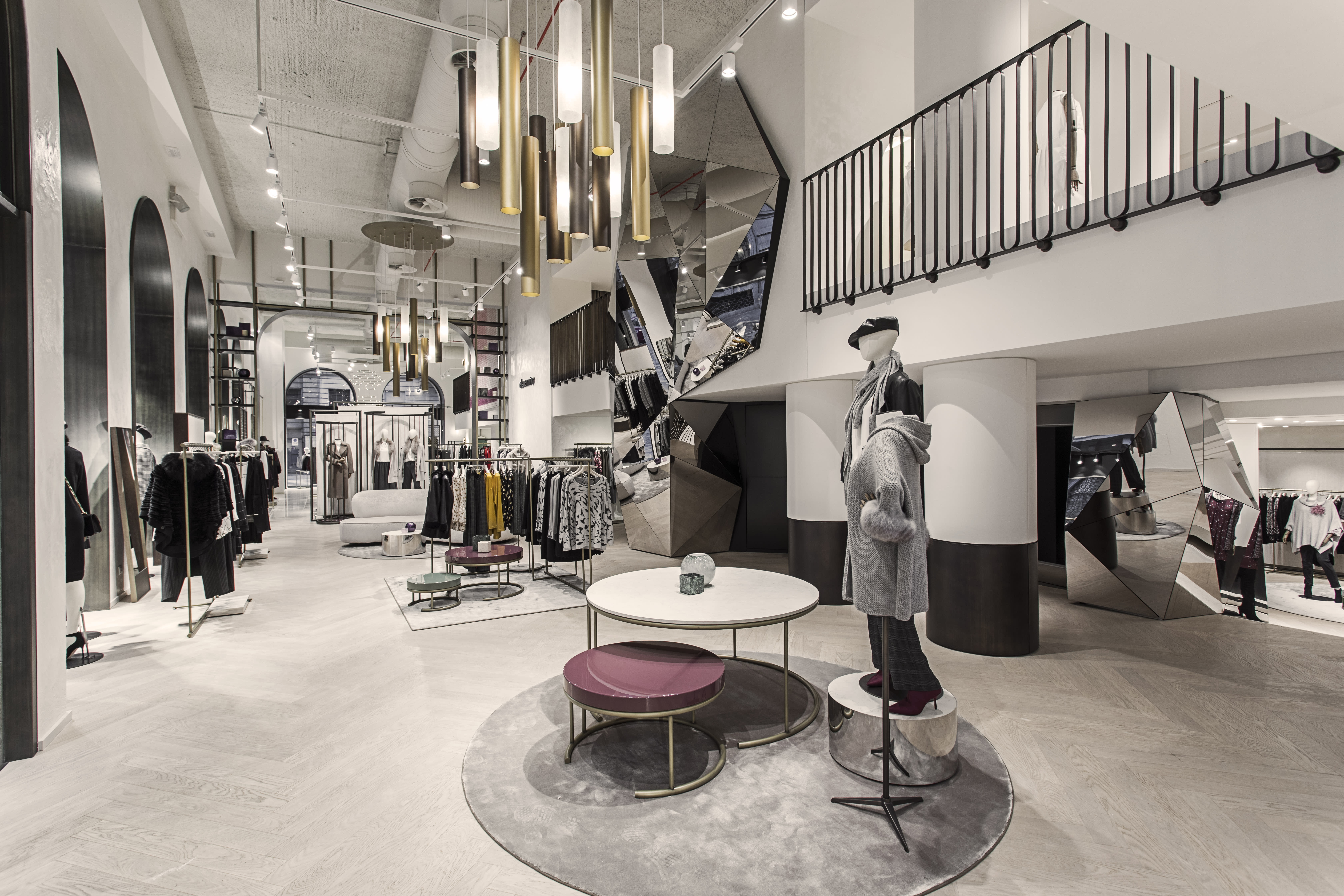