Mark Wood, the 30 year-old Durham fast bowler, could be considered England’s most cheerful cricketer. Yet even he has now revealed the mental anguish he has endured when dealing with injury. Wood had three operations in one year on his left ankle, and by the third he was considering giving […]

Mark Wood, the 30 year-old Durham fast bowler, could be considered England’s most cheerful cricketer. Yet even he has now revealed the mental anguish he has endured when dealing with injury.

Wood had three operations in one year on his left ankle, and by the third he was considering giving up the game. “I was actually close a couple of times to saying ‘I’ve had enough’,” Wood told his fellow Durham and England fast bowler, Steve Harmison, in an interview on the Cricket Collective on talkSPORT 2.

Wood persevered. England might not have won their Test series in South Africa last winter if he had not. In the last two Tests Wood took 12 wickets, with some blistering pace at Johannesburg, and smacked vital tail-end runs. When selected for the first Test against West Indies in July, he had strung together three Tests in a row, out of 15 to date.

“I ended up having some pretty bad mental health stuff with anxiety. I had a panic attack on a flight. I was sick of the rehab. I thought I’d never reach the potential I thought I had. I was generally just sick of not being the player I wanted to be. So I did contemplate thinking: ‘I’ve had enough of this, should I do something else?’

“It’s not being back, that’s the good bit. It’s the bit where you think you’ve got to get back in the gym. And it’s not just lifting weights, it’s little exercises, it’s running on the streets in the dark and going for another injection. People may think that’s nothing but after four, five, six, seven times of doing it, you think, ‘I’ve had enough of this.'”

Wood said he had considered a future as a white-ball specialist, an option he might have to take at some point. But England need the extra pace of Wood and Jofra Archer if they are going to win back the Ashes in Australia next winter. Fast-medium seam and swing has never cut it out there.

“I wouldn’t say I contemplated bowling slower and just settling into trying to have a good little county career with Durham and maybe playing a few games for Ashington (also Harmison’s club). As soon as I had a taste for international cricket, that’s what I wanted.”

Wood’s uncle played for Northumberland as an opening batsman, a physically less demanding task. Happily for England, Wood has come back from injury and rehab every time. They might not have won the World Cup without him.

Tue Oct 27 , 2020
How to cope if Amy Coney Barrett means the end of Obamacare An end to Obamacare looks ever more likely, as a critic of the health care law has now been given a seat on the U.S. Supreme Court. On a near party-line vote of 52-48, the U.S. Senate Monday […] 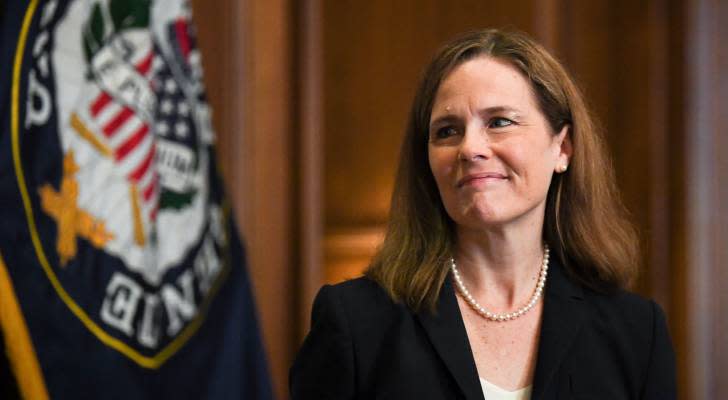