Perhaps that’s why on the dating app she cofounded, women make the first move in heterosexual relationships. And Wolfe Herd’s next move may be among her boldest – Bumble confidentially filed for an IPO on Friday. It’s seeking to go public in February, possibly around Valentine’s Day, and could seek a valuation of $6 billion to $8 billion, Bloomberg first reported.

A representative for Wolfe Herd at Bumble did not respond to Business Insider’s request for comment on Wolfe Herd’s career, net worth, or personal life.

Wolfe Herd was born and raised in Salt Lake City, Utah, The Times of London reported. Her father is a property developer and her mother is a homemaker, per The Times.

The CEO has been a feminist from an early age, telling The Times that she disliked how Utah’s dating culture was dominated by men — women were expected to wait for them to make the first move.

Wolfe Herd went on to attend Southern Methodist University in Texas, and was a member of Kappa Kappa Gamma, per Fast Company. She’s still close with many of her sorority sisters and even employs a few at Bumble.

Wolfe Herd also launched her first business at 19 while still in college, per Money Inc. After the Deepwater Horizon oil spill pumped crude oil into the Gulf of Mexico for five months in 2010, Wolfe Herd enlisted celebrity stylist Patrick Aufdenkamp to design tote bags that could be sold to help fund relief efforts. The resulting nonprofit, called the Help Us Get Cleaned Up Project, became nationally known after Nicole Richie and Rachel Zoe were spotted with Wolfe Herd’s bags.

After earning a degree in International Studies, Wolfe Herd did a brief stint in Southeast Asia.

While Wolfe Herd is currently at the head of Bumble, it isn’t the first dating app she cofounded.

At 22, Wolfe Herd was hired to work at startup incubator Hatch Labs in Los Angeles, according to The Times of London. After hours, she starting collaborating with a group that was looking to build a dating app.

That app, which is now known as Tinder, quickly grew into a global phenomenon with Wolfe Herd’s help. She even came up with the name Tinder, per The Telegraph. She is credited as a cofounder and spent two years as the company’s vice president of marketing, per The Times.

During her tenure at Tinder, Wolfe Herd dated fellow cofounder and her then-boss Justin Mateen, per The Times of London. She left the company shortly after they split, and filed a lawsuit alleging that she had experienced sexual harassment and discrimination.

The legal dispute was settled privately outside of court, with neither party admitting to wrongdoing.

“I was inundated with hatred online, lots of aggressive behavior, people calling me names, really painful things that I’d never experienced,” Wolfe Herd told The Times in 2018. “I felt like my entire self-worth, any confidence that I had, had been sucked away. There were dark times when I thought, ‘Well, this is it. I won’t have a career ever again. I’m 24, coming out of one of the world’s hottest tech companies, but the internet hates me.’ It was a horrible time. Then I woke up one morning and thought, ‘I’m going to rebuild myself.'”

Wolfe Herd launched Bumble in 2014, originally planning to build a female-focused social network instead of a dating app.

Wolfe Herd was persuaded to forgo her original plan for the app by former business partner and Russian billionaire Andrey Andreev, according to CNN Business.

The app’s women-led model was initially inspired by Sadie Hawkins school dances, where women ask men to be their date, Wolfe Herd told Business Insider in 2015.

“We’re definitely not trying to be sexist, that’s not the goal,” Wolfe Herd said. “I know guys get sick of making the first move all the time. Why does a girl feel like she should sit and wait around? Why is there this standard that, as a woman, you can get your dream job but you can’t talk to a guy first? Let’s make dating feel more modern.”

Bumble now says it has 75 million users in 150 countries, making it second only to Tinder in popularity.

Wolfe Herd also reorganized and took the helm of Bumble’s former parent company, Magic Lab, after its owner was ousted amid accusations of racism and sexism.

In addition to being Wolfe Herd’s close friend and business partner who she said she was “incredibly in sync” with and called “two to five times a day,” Andreev owned a 79% stake in Bumble, according to Fast Company.

After the allegations of racism and sexism against Andreev were published by Forbes in 2019, Wolfe Herd released a statement saying she had had “nothing but positive and respectful” experiences with Andreev but “would never challenge someone’s feelings or experiences.”

“All of us at Bumble are mortified by the allegations about Badoo (Bumble’s majority owner) from the years before Bumble was born, as chronicled in the Forbes story,” Wolfe Herd said in the statement. “I am saddened and sickened to hear that anyone, of any gender, would ever be made to feel marginalized or mistreated in any capacity at their workplace.”

Even before she took on her expanded role, Wolfe Herd was already a workaholic.

Wolfe Herd typically wakes up every morning at 5:15 a.m. and immediately starts responding to emails, she told The Times of London.

She has even been known to wake up every two hours during the night to check her inbox. “I’m trying to stop that,” Wolfe Herd told The Times in 2017. “I get no downtime. I don’t get a weekend, I haven’t lived like a twenty-something since I started Bumble in 2014.”

Sending unsolicited nude photos — a phenomenon that has plagued dating apps and even AirDrop — is punishable under a new law championed by Wolfe Herd, Inc. reported. She is now advocating for a similar law in California and hopes it will soon be federal law, too.

“It is time that our laws mirror this way we lead double lives, in the physical and the digital,” Wolfe Herd told Inc. shortly after the Texas law was passed in August 2019. “You look at government right now, it only protects the physical world. But our youth are spending a lot more time in the digital world than they are in the physical.”

The CEO says she doesn’t have political aspirations of her own, however. “I could never run for [office],” Wolfe Herd told The Times of London, saying that she is frequently asked if she’s considered it. “There are people so much smarter than me.”

Wolfe Herd is also a mom.

The couple first met while skiing in Aspen in 2013, but Wolfe Herd first saw him on a dating app. “He has the kind of face you remember,” she told The Telegraph.

He is now the president of the oil and gas field operator founded by his late grandfather, Herd Producing Company, and also owns a high-end farm to table restaurant called the Grove Kitchen + Gardens.

The pair have a nine-month-old son named Bobby after Michael’s late grandfather, and he makes frequent appearances on Wolfe Herd’s Instagram account.

The couple also has a Great Dane named Duke and a yellow lab named Jett, per The New York Times.

“[Duke] is a kind animal but does not understand how big he is,” Wolfe Herd told The Times in 2019, while describing her daily after work routine. “At 175 pounds, he could quite literally kill me. I have to lock myself in the car while I wait for my husband to come home and get him away from me.”

Wolfe Herd has been open about her struggles with anxiety.

“I haven’t gone through the testing, but I should,” Wolfe Herd told The Times of London. “It’s anxiety about everything. I worry about awful things happening to people I love. They say phones are a strong catalyst for making anxiety worse, so I have this interesting balance — how do I make sure I’m on top of everything, but also preserve my mental health?”

The Herd family splits time between their two Texas houses.

The Herds have one home along the Colorado River in Austin near Bumble’s headquarters and another further north in Tyler, near Michael Herd’s office, per The New York Times. They also own a vacation home in Aspen, Bumble’s chief brand officer Alex Williamson told Aspen Magazine.

The couple also owns Michael’s 6.5-acre family estate on Lake Austin, according to Mansion Global. The waterfront compound boasts a movie theater, helipad, putting green, 10 garages, multiple boat docks, and a guest house, as well as a 5,000 square foot cabana designed for entertaining. That property is currently listed for sale for $28.5 million.

They also travel a lot.

Wolfe Herd takes frequent trips for both work and pleasure. Wolfe Herd told Travel +Leisure in 2017 that her all-time favorite trips include a sailing expedition through Myanmar and Thailand and a family trip to India.

For their honeymoon, Wolfe Herd and her husband stayed at Four Seasons resorts in both Bora Bora and Maui after leaving the site of their destination wedding in Italy, according to a blog post by the Indagare, the group that planned the trip.

Wolfe Herd told Indagare that she wanted a beach-heavy honeymoon because she and Herd were “looking for the ideal place to unwind, where we could take in the sun and swim. Our favorite moments were just relaxing and appreciating each other in such beautiful locations.”

In July 2019, she celebrated her 30th birthday with a multi-day party on a yacht off the coast of Capri, Italy, per Guest of a Guest.

Wolfe Herd has an estimated net worth of $575 million, but she may soon be much richer.

Wolfe Herd’s multimillion-dollar fortune landed her at No. 39 on Forbes’ list of the wealthiest self-made women in America in 2020. If Bumble’s IPO performs well, her fortune could grow exponentially thanks to her 19% stake in the company. The company could appear on public markets as soon as 2021, Business Insider previously reported.

“I feel like what I’m doing is quite important,” Wolfe Herd told The Times of London in 2018. “A lot of people are, like, ‘What do you mean it’s important? It’s a dating app.’ But it’s important because connections are at the root everything we do. Human connection defines our happiness and our health. This company feels like a piece of me. I know this sounds cheesy and weird, but I really feel like it’s my mission.”

Am I a Karen because I got a custodian fired for stealing food from my desk, and more advice from Dear Prudence. 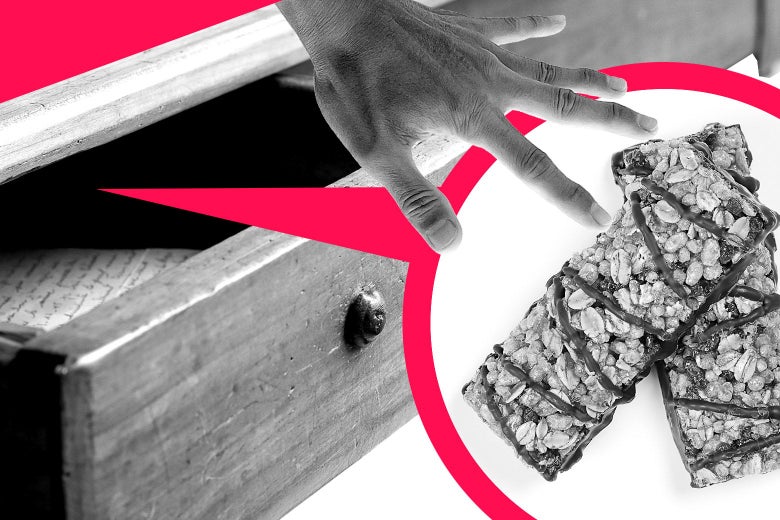