As soon as clients cross the threshold into her apartment, Ailiyah, a Miami-based sex worker, greets them with a thermometer and a bottle of hand sanitizer. On occasion, a mandatory shower is also required. Since the sex business is illegal in Florida, no government agency has created protocols. In Nevada, […]

As soon as clients cross the threshold into her apartment, Ailiyah, a Miami-based sex worker, greets them with a thermometer and a bottle of hand sanitizer. On occasion, a mandatory shower is also required.

Since the sex business is illegal in Florida, no government agency has created protocols. In Nevada, where sex work is legal, brothels remain closed. So Ailiyah designed her own safety protocol, and now stringently carries it out to try to keep the raging pandemic at bay.

“I can’t tell people what to do on the outside, but when you come into my space I want to protect myself at all costs,” said Ailiyah, a Black trans woman in her 20s who requested her last name be withheld.

Clients, many of whom are maskless when they arrive, seem less perturbed by the virus than she is.

“I don’t think really any of them are concerned, so it’s been really scary,” she said. “But I’m a hustler first. I still engage in sex work because at the end of the day I need to pay my bills.”

For Ailiyah, and for the estimated hundreds of thousands of other people in the U.S. who rely on full-service sex work to put food on the table, COVID-19 has emerged as an almost existential threat.

The pandemic has rendered face-to-face contact fraught with risk, dissuading some from working as much as they previously did. It has also chilled demand from clients, as soaring unemployment makes Americans less likely to spend money on services of all kinds.

The extent to which the wide-ranging economic downturn set off by COVID-19 has throttled or spared sex workers is difficult to pinpoint. Sex for pay is illegal in the majority of the country, so reliable data remains minimal. But conversations with Florida-based sex workers, nonprofit service providers and advocates all suggest that the pandemic has decimated workers’ earning power.

“Due to coronavirus, a lot of the clientele has slowed down tremendously, because people are being laid off from work. They don’t have jobs anymore,” said Jasmine McKenzie, a former sex worker and current case manager at Pridelines, a Miami LGBTQ community center.

“At the same time, a lot of the girls are really cautious about trying to not contract COVID-19, so they are staying away as much as possible,” she added.

But encounters with clients are proving both sparser and less lucrative.

Ailiyah, for instance, used to see about five clients per week pre-pandemic; now she sees only two or three. The biggest difference, though, is that her current set of clients are no longer “top spenders.”

“Before, they would say, ‘Ok, I’ll pay for that hour or that 30-minute session.’ So I made a decent amount of money,” she said. “Now it’s more quick sessions. It’s rare that I get an hour or half-an-hour session, so there’s less money.”

Experts worry that financial precarity could also translate into spiking rates of violence and abuse, as sex workers confronted with a dearth of clients and a likely lengthy economic downturn lower their safety standards.

“Desperate people do desperate things,” said Kaytlin Bailey, director of communications at Decriminalize Sex Work, a national advocacy organization. “If you are an adult consensual sex worker and you are doing your best to get your survival needs met during this time, and all the normal ways you have to make money have gone away, you may feel pushed to take an appointment you otherwise wouldn’t take… When people are desperate for money, they have a tendency to do things that they otherwise wouldn’t do. It’s true for everyone.”

Bailey sees a comparison between the conditions created by the coronavirus pandemic and the “Nordic model” of prostitution, which removes criminal penalties for selling sex but retains penalties for buyers. Both situations, she said, lead to “a very similar dynamic” of falling demand, making sex work more dangerous by driving it further underground.

“It’s not an improvement in the lives of sex workers. It’s not like, now that there are fewer clients so everyone is much happier because they don’t have to engage in sex work. Instead, desperate people are now pushing their own boundaries and it’s easier for predators of all stripes to take advantage of them,” said Bailey. “It’s less work for more risk, and that makes people vulnerable.”

In Florida and across the country, sex workers responded to the financial hardship the pandemic brought on by turning to one another for help through broad-scale mutual aid efforts. Groups like the Sex Workers Outreach Project (SWOP) launched many online fundraisers for emergency COVID-19 relief as early as March, facilitating around $350,000 in direct assistance to sex workers throughout the U.S., including some in South Florida.

“Early on we were calling on people to share their paychecks if they were still getting paid … to provide financial resources to people. Mutual aid is something we had been doing for a long time, and that just got amplified because of the coronavirus pandemic,” said Alex Andrews, a community organizer with SWOP’s Orlando chapter, responsible for facilitating statewide community outreach.

“When the chips are down, our community bands together to make sure other community members are safe with very little instruction or structure,” she added. “I’ve been a sex worker since 1984 and I have always known sex workers to be the first to make space for another sex worker in trouble.”

In Miami, the help that Pridelines has dispensed to the local sex worker community has mostly come in the form of care packages replete with personal care items, protective equipment, snacks, canned goods, lubricant and condoms. To date, more than 50 packages have been delivered.

“We created those care packages and I started going to different areas of Miami, where a lot of people are scared to go, going there at 2 or 3 a.m. and dropping the packages off, so these girls can get some type of help,” said McKenzie.

The bulk of the aid, McKenzie said, has gone to Black trans women like herself. Recipients include people who were already engaging in sex work when the pandemic hit as well as people who turned to sex work after suffering layoffs.

“It’s a mixture of both,” she said. “There are a few girls who have said, ‘Girl, I haven’t done this in five years, but I lost my job, needed some income, and all I could do is turn to what I know.’”

McKenzie is now several weeks’ removed from her on-the-ground outreach work. After testing positive for COVID-19 earlier this month, she has kept to her home, where she faced and eventually overcame symptoms including fever, nausea, back pain and shortness of breath.

She leans on her own experience to warn community members by phone to take the coronavirus seriously.

While sex workers face similar economic headwinds as their counterparts in more formal parts of the service industry, they aren’t able to rely on government social safety nets available to most other workers.

If a second distribution of $1,200 stimulus checks is approved, sex workers — who lack recent tax returns — would again be excluded. All workers without pay stubs or 1099 forms are unable to qualify for unemployment benefits, which were temporarily expanded as part of a congressional relief package passed in March.

In addition, the uninsured rate among sex workers is high — a common issue for all U.S. gig workers — meaning many don’t have access to medical care. Housing vouchers, food stamps and other types of welfare are also out of reach for many people whose income comes from sex work.

With limited access to public assistance and diminishing options for earning money in the world’s oldest profession, a growing number of sex workers are turning to virtual performances, hoping to establish themselves on booming online platforms like OnlyFans.

But attracting and retaining online followers takes a lot of work, and calls for a different skill set.

“Me personally, I’m working on it, but it’s a complicated process,” Ailiyah said with a sigh. “I’m just much more used to in-person… But I have to keep moving, I have to keep going. In situations like this, you really have to be strong.”

Wed Jul 29 , 2020
The FCA logo Banks, insurers and other financial firms are not doing enough to support vulnerable customers, a report by the City watchdog has warned. The Financial Conduct Authority said that some customers had been exploited for financial gain by unscrupulous firms.  Its review found that 24 million people have displayed […] 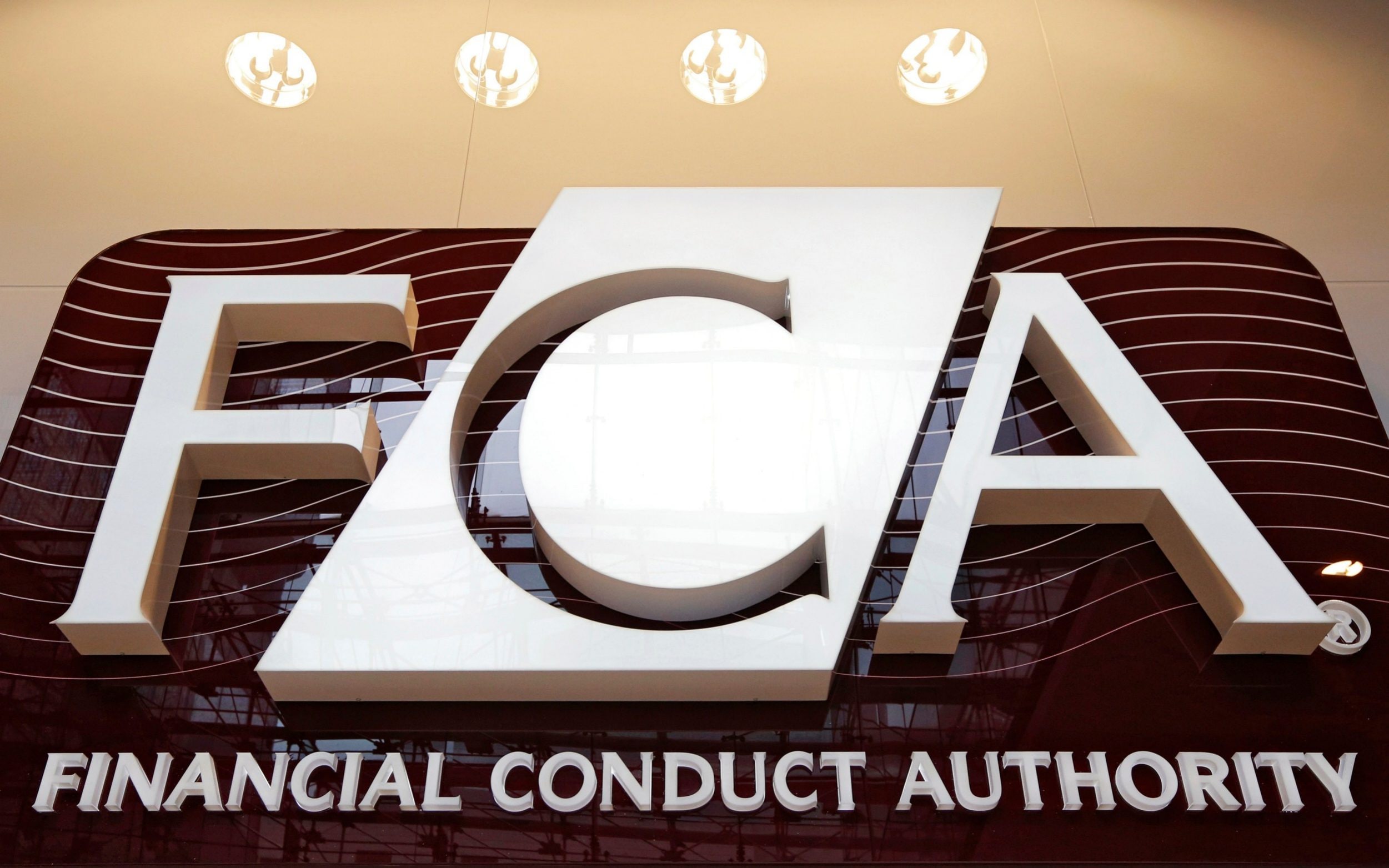