Michigan Gov. Gretchen Whitmer introduces Democratic vice presidential nominee Sen. Kamala Harris in Detroit in September. A militia was plotting to kidnap Whitmer, according to the FBI. (Photo: JEFF KOWALSKY via Getty Images) A Michigan militia was plotting to kidnap Gov. Gretchen Whitmer, a Democrat who has come under fire […]

A Michigan militia was plotting to kidnap Gov. Gretchen Whitmer, a Democrat who has come under fire from President Donald Trump, according to the FBI.

In an affidavit, an FBI agent wrote that the bureau learned through social media in early 2020 that a group was “discussing the violent overthrow of certain government and law-enforcement components.” At a meeting in June, defendants Fox and Croft allegedly met with about 13 others in Dublin, Ohio, where they discussed “creating a society that followed the U.S. Bill of Rights and where they could be self-sufficient.” Several members of the group “talked about murdering ‘tyrants’ or ‘taking’ a sitting governor.”

Fox then reached out to a Michigan militia group, the Wolverine Watchmen, which was already on the FBI’s radar after a local police department said the group was trying to get addresses of local law enforcement officers. One of the members of that militia group was interviewed by the FBI and agreed to become a FBI informant because they were “concerned about the group’s plans to target and kill police officers,” according to the affidavit.

In June, Fox met with defendant Garbin at a rally supporting the Second Amendment at the Michigan State Capitol, where Fox allegedly told Garbin and one of the informants that he planned to attack the Capitol.

Fox later said he needed 200 men to “storm” the Capitol building and take hostages, including Whitmer, whom they said they would put on trial for “treason.” The plan would be executed before the November 2020 election, the FBI affidavit said.

In the spring, Whitmer came under fire for statewide restrictions related to COVID-19. Trump referred to her as that “woman in Michigan” and claimed she “doesn’t have a clue.” Whitmer later said she’s had to censor herself so as not to endanger her state’s receipt of federal aid. Trump tweeted “LIBERATE MICHIGAN” during a tweetstorm in April.

On June 20, Fox, Garbin and several others met at a business Fox ran in Grand Rapids, Michigan. The group, according to the FBI affidavit, went through a hidden trap door in the shop and met in the basement. “Fox collected all of their cellular phones in a box and carried them upstairs to prevent any monitoring,” the FBI affidavit states. But one of the confidential informants was wearing a recording device and managed to capture audio as they discussed plans to destroy police vehicles.

Later, in a private Facebook group, Fox livestreamed a rant about the state of Michigan controlling the opening of gyms, calling Whitmer a “tyrant bitch” and saying members of the group “gotta do something.”

In July, they conducted firearms training and some tried to construct improvised explosive devices, which did not detonate as planned.

By July 18, the plan had shifted. Members of the group met in Ohio, and Garbin suggested “shooting up the Governor’s vacation home.” Garbin said he no longer wanted to go after the state Capitol. Days later, Fox said that going after Whitmer at her vacation home or official summer residence was the best path forward.

“Snatch and grab, man. Grab the fuckin’ Governor. Just grab the bitch,” Fox said. They wanted to take her to a secure location in Wisconsin, where they planned to put her on “trial.”

By Aug. 9, the group’s plan against Whitmer were still unfolding. In one chat, Harris suggested that someone go to her house, knock on the door, and “just cap her” when she answered. There was discussion of using a boat to escape on the lake. Fox seemed prepared for action.

“I just wanna make the world glow, dude. I’m not even fuckin’ kidding. I just wanna make it all glow dude. I don’t fuckin’ care anymore, I’m just so sick of it. That’s what it’s gonna take for us to take it back, we’re just gonna have to ― everything’s gonna have to be annihilated man,” Fox said in one phone call. “We’re gonna topple it all, dude. It’s what great frickin’ conquerors, man, we’re just gonna conquer every fuckin’ thing man.”

Not long after, on Aug. 29, Fox, an informant and another individual surveilled the governor’s vacation home, even estimating how long it would take the police to respond.

Fox later said that Whitmer “fucking goddamn loves the power she has right now” and has “no checks and balances at all.”

The group later discussed blowing up a bridge leading to Whitmer’s vacation home, and a FBI undercover agent said explosives would cost $4,000. Several members of the group ― Fox, Garbin, Harris and Franks ― planned to meet with the undercover agent on Wednesday to pay for the explosives. Caserta couldn’t make it because he was at work, while Croft had returned to Delaware.

Court records indicate five defendants were arrested by the FBI on Wednesday, while Croft’s status is unclear.

Seven additional defendants face state terrorism charges in connection with a plot to attack the state capitol, according to Michigan Attorney General Dana Nessel. These defendants — members of the Wolverine Watchmen, who are likely not facing federal charges due to the lack of a broad domestic terrorism statute — allegedly researched the home addresses of members of law enforcement, and trained and planned for an operation to attack the state capitol building.

Read the FBI affidavit below.

Thu Oct 8 , 2020
Inuyasha fans never thought they’d see the day the series would make a comeback, but that time has come. This month welcomed the debut of Yashahime: Princess Half-Demon, and fans were eager to see how the sequel would follow up the feudal love story. The sequel’s second episode plans to […] 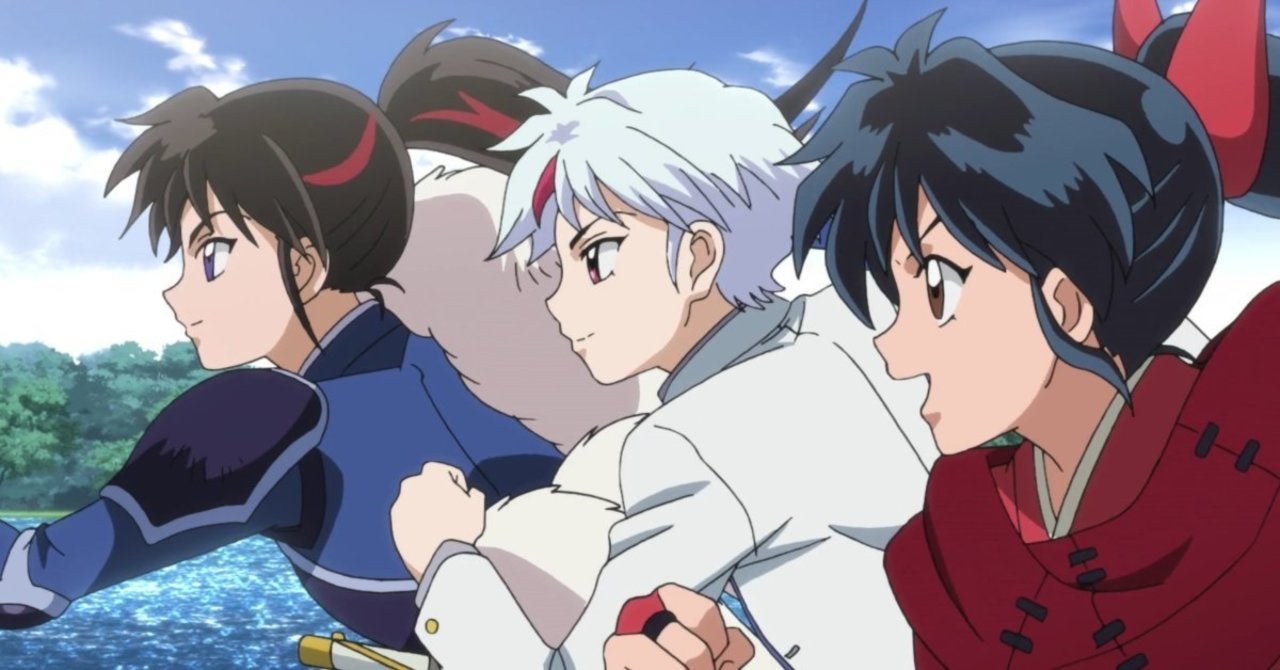