MoneyGram International, Inc. MGI recently announced that its online platform has been gaining traction from strong customer demand, driven by its digital capabilities. This upside led to robust digital transaction growth for the company in August. As a case in point, the company witnessed cross-border transaction growth of 162% year […]

MoneyGram International, Inc. MGI recently announced that its online platform has been gaining traction from strong customer demand, driven by its digital capabilities. This upside led to robust digital transaction growth for the company in August.

As a case in point, the company witnessed cross-border transaction growth of 162% year over year in August for MoneyGram Online, its direct-to-consumer digital business. Though this growth rate was lower than the skyrocketing 207% rise reported for July, the August reading points to the strength in cross-border business.

Following the COVID-19 outbreak, the company’s digital transactions gained an added impetus as more customers opted for digital channels to make payments. This is clearly evident from MoneyGram’s digital unit, which saw a year-over-year surge of 106% in the June quarter, reflecting a steady improvement from 57% growth reported in the March quarter of 2020. The company observed solid demand for its customer-friendly mobile app, high customer retention rates and expansion of  account deposit digital market.

Moreover, a robust digital arm bodes well for MoneyGram as its revenues have been declining since 2017 through first-half 2020. Revenues have been affected by a higher compliance control strategy and imposition of restrictions on certain transactions. Total revenues in the second quarter decreased further due to the prevalent pandemic and government-issued shelter-in-place orders, which weighed on the company’s business. Also, strict compliance and heavy investments in business shot up costs over the years, causing margin erosion.

Via its digital business, the company is entering new markets and continues to attract a completely new customer base.

The company began laying the foundation for its digital transformation four years ago to embrace the rapid changes brought about with the proliferation of technology in the remittance industry.

With several fintech players, such as PayPal Holdings, Inc. PYPL , Square Inc SQ and others offering similar services at very affordable rates, competition for MoneyGram naturally intensified over all these years. Its close peer Western Union Co. WU is also facing the same ordeal and has been pursuing technological investments to stay within the race.

From thousands of stocks, 5 Zacks experts each picked their favorite to gain +100% or more in months to come. From those 5, Zacks Director of Research, Sheraz Mian hand-picks one to have the most explosive upside of all.

Mon Sep 21 , 2020
Joe Biden boards a plane at the airport in New Castle, Del., Monday en route to a campaign appearance in Wisconsin. (Carolyn Kaster / Associated Press) With the help of lots of cash from Californians, including past Republican donors, Joe Biden is eclipsing President Trump in fundraising as they head […] 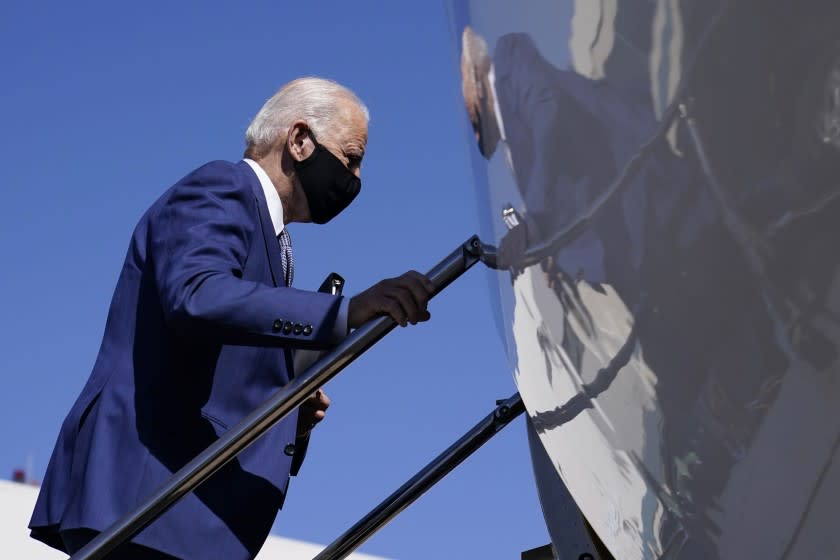