I forked out for pay-per-view this weekend, so you don’t have to. Here’s what a viewer got for their 15 quid per match on Sky’s Super Shoddy Saturday. See if you agree with the universal initial consensus on the internet that broadcasters and the Premier League are taking the mick. […]

I forked out for pay-per-view this weekend, so you don’t have to. Here’s what a viewer got for their 15 quid per match on Sky’s Super Shoddy Saturday. See if you agree with the universal initial consensus on the internet that broadcasters and the Premier League are taking the mick.

You could make the argument that it’s already pay-per-view anyway, given the Sky Sports, BT Sport and Amazon Prime subs you need to consume a full diet of televised Premier League matches, but coughing up actual money at the point of sale feels different. More is being asked for by rich and greedy institutions at a time when millions are feeling the pinch. Sadly for fans who did pay this weekend, the actual viewing experience was far from enhanced. In fact, it was actively worse: less product, less quality, less entertainment. But more money.

The formula for a regular Premier League game on Sky is well established: an hour of build-up and hoopla. Roy Keane or Graeme Souness suggests some underperforming foreigner is stealing a living and should be hit with sticks, long-suffering pundit wrangler Dave Jones gets an earpiece yell from the producers to neutralise and clarify, and then it’s on with the show.

There will be discussion about which manager is under pressure, what contentious VAR decision or handball injustice cost a team points in their last outing, perhaps some broader talking point about the sport and its commercial and social ecosystem. Then team news and a bland few words with a manager who understandably has other things on his mind. Then Martin Tyler, a preliminary diagnosis of the first half’s contentious VAR decision or handball injustice, the second half, and then further debate and inquest to finish. It’s a formula that works well, generating enough hot air, outrage and misdirection to throw the easily gulled off the scent that quite often the actual football match is neither very good nor very exciting.

You would reasonably expect, then, that for 15 shiny English pounds you might get more, more, more. Perhaps Souey and Keano actually giving David De Gea a working-over with a bit of two-by-four live in the studio? Red Gary Nev going full Slavoj Žižek about materialism, the postmodernist self and zonal marking at a corner? Tyler dousing himself in lighter fuel and dispensing with language altogether in favour of ecstatic ululations?

Instead, you got six minutes of build-up for the Chelsea match and ten for the United one, the most perfunctory interviews with the managers, and Sky dipping deep into its commentator/pundit bench to pull up David Stowell and Davie Provan, who also did the half-time analysis, unseen on screen. There was, nevertheless, plenty of time for adverts, and the idiotic fake crowd noise was mandatory. Some Newcastle fans organised a campaign to boycott the pay-per-view and instead donated their 15 pounds to a food bank in their city, which definitely feels like a metaphor for how we live now in 2020. As for BT Sport’s offer of 15 quid to watch Sheffield United and Fulham, all you can really say is: I’ll consider watching if you give me 30.

The justifications for pay-per-view are that you don’t have to watch it, and that televised 3pm and 8pm Saturday games are optional bonus content rather than part of the subscription deal. That’s it.

Without the figleaves of the build-up and drama it felt alarmingly bald and drafty. The PPV product being so denuded compared to the excellent regular coverage can lead the viewer to only one conclusion: they think you are a mug and you will put up with any old tut because you are so desperate to watch Newcastle United, or whoever, that you can be bled dry. Dig deep then, to fill the coffers of a wealthy cabal of a few rich football clubs and their broadcast cronies, while the rest of the sport goes to the wall.

Mon Oct 19 , 2020
It’s Monday, Oct. 19 and today is the first day of in-person early voting in Florida. If enthusiasm is as high as it has been in other states, we may be headed to a record turnout election, despite the pandemic. Consider: As of Sunday, with just over two weeks left, […] 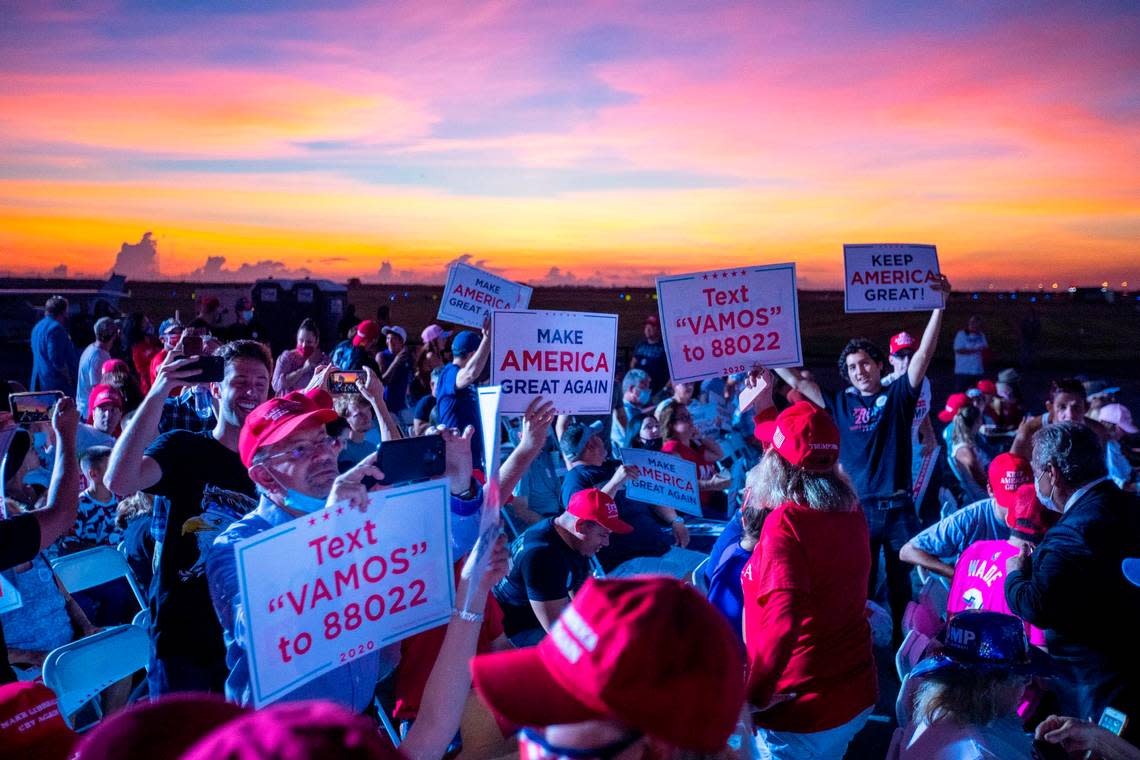