BEIJING (Reuters) – Over 60% of American businesses in China are more optimistic about doing business in China after the results of the United States presidential election, according to a business group survey released on Friday.

However, nearly one third of companies believed China-U.S. trade tensions will continue indefinitely, according to a survey of 124 companies by the American Chamber of Commerce in Shanghai, which also found that 33% of company heads are concerned for the personal safety of employees in China as a result of exit bans or detentions.

Most respondents to the survey, which was conducted on Nov. 11-15, did not expect trade restrictions or tariffs to increase. Companies also showed increased optimism on expected 2020 revenues compared to a July survey.

“Despite optimistic expectations for a better US-China business environment under a Biden administration, China should make reassurances to US companies in order to continue attracting US investment,” said the chamber in a statement released alongside the survey.

Washington and Beijing have traded sanctions and barbs over a growing list of issues including trade, a new national security law imposed on Hong Kong, the coronavirus and U.S. accusations of national security threats posed by Chinese tech firms.

Fri Nov 20 , 2020
With higher use of online shopping expected this holiday season due to the pandemic, Walmart has more than doubled its number of personal shoppers for fulfilling pickup and delivery orders. Tom Ward, senior vice president of customer product at Walmart, said in a blog post this week that the Bentonville, […] 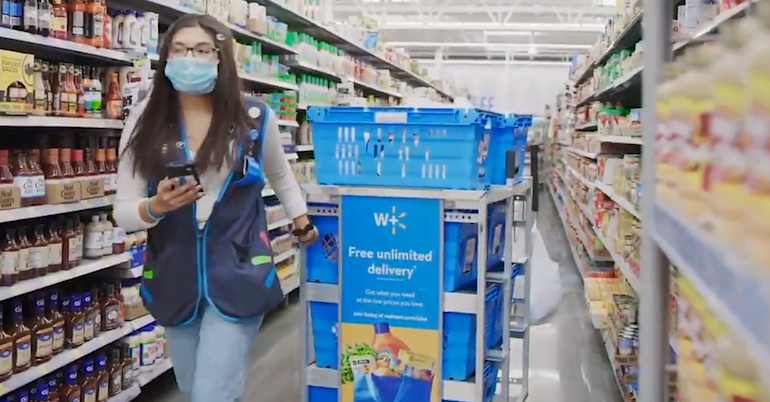