I studied languages because I loved them. Dancing got in the way of my academic career, because I wanted to be a dancer like Chitra, so I went to study dance in India. My dad said, “please come back”, because “even though you’re not a scientist, you’re quite clever”. He […]

I studied languages because I loved them. Dancing got in the way of my academic career, because I wanted to be a dancer like Chitra, so I went to study dance in India. My dad said, “please come back”, because “even though you’re not a scientist, you’re quite clever”. He wanted us all to be educated: he believed it would stand us in good stead. So I came back to study Arabic and Middle Eastern politics at the University of Manchester.

My younger self would be proud now to see the little girl who would quietly sing Away in a Manger out of the back car window on the West End stage, rocking out as Ray in Everybody’s Talking About Jamie at 52. My younger self would also be amazed to see me so tall, and singing so loudly. My mum was happy to see it, too – she knew it’s what I secretly always wanted.

She was diagnosed with dementia in 2017, and died in November last year. When I became a single parent after an unexpected pregnancy, we spent a lot of time together – 25 years of my adult life, when you’re supposed to have forged your own path.

My personal relationships have all been a bit rubbish, but that’s OK. I got married too early. At 23, I was too young, and my father had just passed away, so I was looking to make it all better. I recognise my role within that marriage breakdown, and I’ve forgiven myself.

Becoming a carer to my mother was a huge responsibility. I’ve written a memoir of her life to reclaim my memories of her, but there’s also a political reason. The stories we have access to on our shelves in Britain are not reflective of all voices. As a woman of colour, it was important to me to bring another perspective to the table and open up conversations around identity.

When my mother died, I discovered she had collected bags and bags of press clippings. I wish my younger self had known that a mother is not solely a mum, but a woman and a person with hopes and dreams. You don’t realise that as a child, and you lose sight of it as a parent. If I could say anything to my younger self, I’d say “listen to your parents – they’re people too”.

My younger self would be sad to see that my parents are no longer on the planet, but would know that I still carry them and the understanding they gave me of what family means. She would be grateful for the time I had with my mum: if only I’d known how lucky I was. My mum, my son, Akshay, and I became our own unit, and now we’re missing one, but she’s very much in our ways of being. As strange as it might sound, she feels less lost to me now than when she had dementia.

I’m still the same person as that child now, breathing and doodling on the window of the car – taking the same route to Old Trafford.

Remember Me?: Discovering My Mother as She Lost Her Memory by Shobna Gulati is out now (£16.99, Hachette)

Airline passengers 'wait for refunds despite agents being repaid'

Mon Oct 5 , 2020
Photograph: M4OS Photos/Alamy Stock Photo Thousands of passengers have been left waiting for refunds after their flights were cancelled, even though the online travel agents they booked through have been paid by the airlines. Some customers are still owed money two months after their fares were refunded to their booking […] 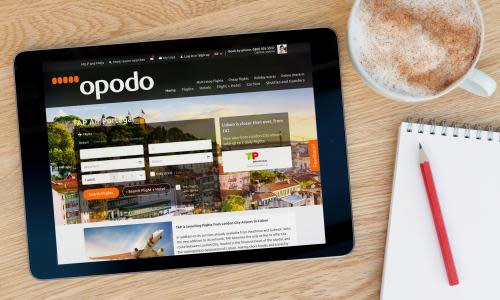