With nearly 50 million Americans unemployed due to the coronavirus pandemic, many are looking for any way to earn money from home. NBC senior business correspondent Stephanie Ruhle spoke with TODAY’s Hoda Kotb about the best ways to help your bank account without leaving the house. 1. Make sure there’s […]

With nearly 50 million Americans unemployed due to the coronavirus pandemic, many are looking for any way to earn money from home.

1. Make sure there’s no unclaimed money in your name.

According to Ruhle, a shocking amount of money goes unclaimed in the United States: It’s estimated that the country has about $42 billion in unclaimed funds.

“I’m talking about security deposits, store credits, money the IRS might owe you, maybe even a savings account you forgot about,” Ruhle said. “This money, if it’s left dormant for a while, gets moved to a holding account in your state, but it’s up to you to go find it.”

To start looking for any unclaimed funds, go to your state’s unclaimed property website and type in your full name, including your middle initial. This will let you know if your state is holding anything in your name.

Related: When a business or government office owes you money, those funds go to state-run unclaimed property offices. Here’s where to look.

There are also two other sites to check, especially if you have lived in multiple states: Missingmoney.com and Unclaimed.org. These sites will also let you know if there is any unclaimed money out there.

You may need documentation to claim the money, and each state has different rules. “If you can prove you are you, that money’s there waiting,” Ruhle said.

If you’ve been doing some cleaning and organizing during quarantine, don’t throw things out — try selling them online!

According to Ruhle, you can earn an average of $199 for things you sell online. If you’re cleaning out your closet, try listing fancy clothing on The RealReal and Vestiaire Collective or putting everyday items up for sale on Poshmark, Swap.com or ThredUp. Remember to offer in-season clothes — as Ruhle points out, nobody’s looking for a winter coat in July! — and be upfront about the condition of the items.

Regular household items or furniture may be easiest to sell on Facebook Marketplace, so local buyers can pick them up directly.

Some of the most valuable items to sell, though, are technology items and gadgets.

“Think about all the moms and dads trying to buy tablets and laptops for their kids if they’re going to be distance learning,” said Ruhle. “Think about old iPads, laptops (and) tablets.”

Ruhle recommends trying to sell these items on sites like eBay or Amazon, or go to Decluttr, a tech buyback website that will purchase old technology from you.

3. Give freelancing a try.

“If you’ve got skills, this is a great time to go freelance,” Ruhle said, noting that freelancing might not replace a full-time job but could at least put some money in your pocket in the short term.

Sites like UpWork and Fiverr allow you to create a profile for yourself and advertise your skills. Businesses looking for freelancers may look on sites like this, allowing you to build your network.

“Every job you get, even if it’s a tiny one, is a networking opportunity that can translate to full time,” Ruhle said.

Just make sure that if you do earn any money from freelancing while you are collecting unemployment, you report it as earned income on your weekly unemployment claim. According to CNBC, any taxable earnings from freelancing must be reported, and while side gigs may lower the benefits you receive that week, many states allow you to earn up to a certain percentage of your benefit amount before the payment is reduced. Failure to report income is considered unemployment insurance fraud.

4. Make sure you’re saving as much as possible.

You might not be able to make savings appear from nowhere, but it’s important not to dip into any existing savings if you can avoid it.

If you are receiving unemployment benefits, make sure to save as much as you can. If bills are coming due, try calling creditors and companies and asking for extensions or lower payments.

“We don’t know what the road ahead is,” Ruhle cautioned.

What the heck is ‘brushing’? The scam behind the China mystery seeds

Thu Jul 30 , 2020
Our mission to help you navigate the new normal is fueled by subscribers. To enjoy unlimited access to our journalism, subscribe today. Thousands of Americans are receiving seeds in the mail wrapped in packages with Chinese characters. The mystery seeds, which the recipients did not order, have triggered warnings from agricultural […] 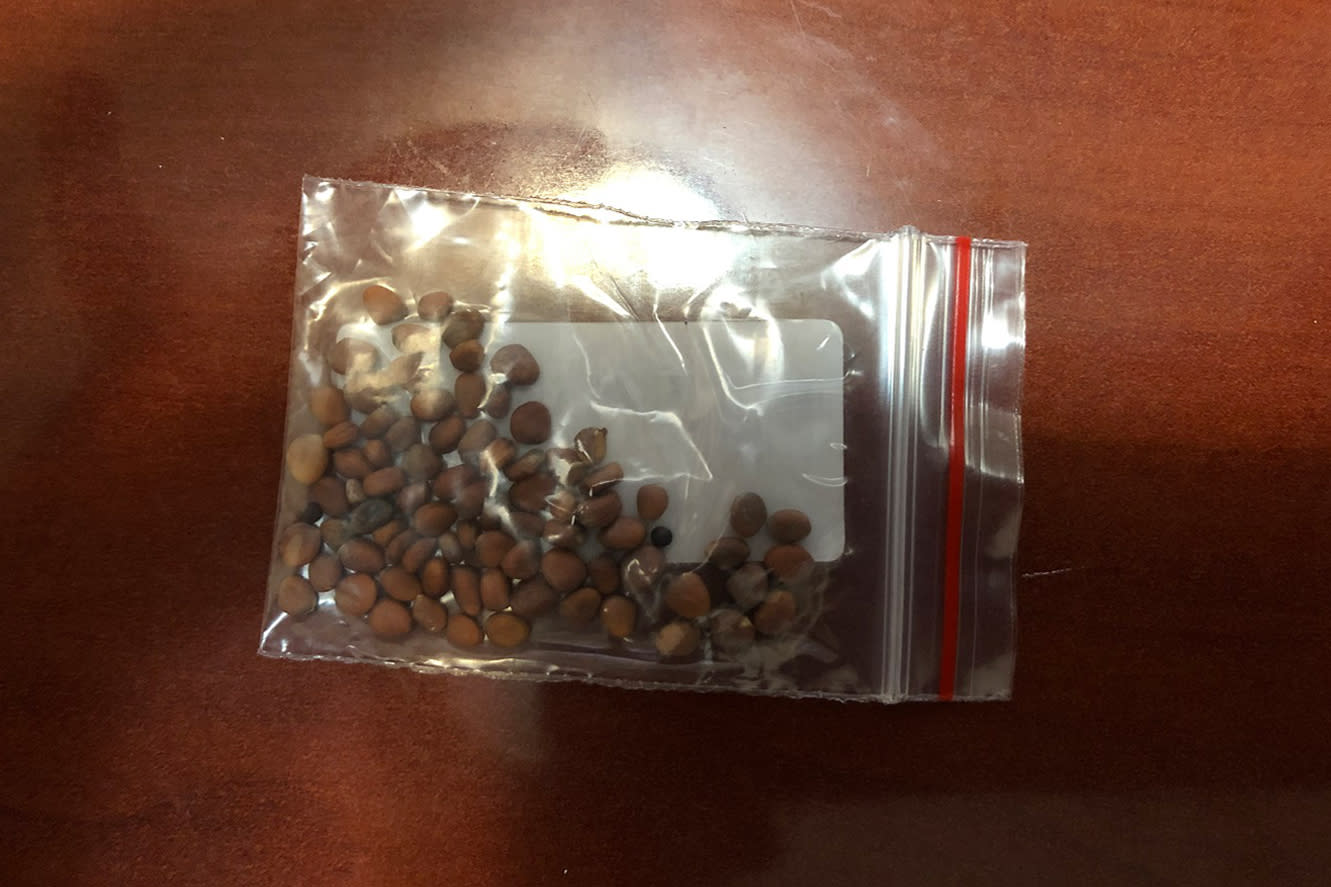