John David Washington in “Tenet.” (Warner Bros.) As the pandemic continues, plenty of moviegoers remain nervous about returning to the cinema. Not Pat Egan. As soon as his local AMC opened Aug. 20, the 31-year-old Philadelphia radio producer grabbed his mask and bottle of hand sanitizer and went out for […]

As the pandemic continues, plenty of moviegoers remain nervous about returning to the cinema. Not Pat Egan.

As soon as his local AMC opened Aug. 20, the 31-year-old Philadelphia radio producer grabbed his mask and bottle of hand sanitizer and went out for a 3 p.m. showing of “Ghostbusters.” Since then, he’s seen Christopher Nolan’s 2010 hit “Inception” and the South Korean horror film “Peninsula.” On Monday, he attended a press screening of Nolan’s latest mind-bender, “Tenet.”

Braving indoor theaters for four movies in two weeks may seem to betray a devil-may-care attitude toward the COVID-19 era. But Egan said he’s felt safe each time, thanks in part to the lack of other patrons.

“They were doing a good job of keeping people pretty far apart,” said Egan, who works for sports-talk station 97.5 FM (“The Fanatic”). “When we saw ‘Peninsula,’ it was me and my buddy, and there was one other guy.”

Theater owners hope people like Egan are just the beginning of a robust recovery from the coronavirus crisis. After the release of marginal movies such as “The New Mutants” and “The Personal History of David Copperfield,” the nation’s theaters are getting their first potential blockbuster in “Tenet.” The film arrives in 2,800 theaters this week, following a promising international premiere. The time-bending action thriller will be the biggest test yet of the appetite for film-going in the U.S. as more states reopen theaters.

California Gov. Gavin Newsom on Friday set new guidelines for businesses, clearing the way for cinemas to return in counties including San Diego and San Francisco (the latter has not set a reopening date for cinemas). AMC Theatres this week opens seven San Diego-area theaters, its first California locations to operate since March. Regal, Cinepolis and Reading Cinemas are also opening San Diego locations for Labor Day weekend. Some other exhibitors with locations in the area, such as Landmark Theatres and Arclight, are not reopening yet.

The vast majority of California counties, including Los Angeles, must still prohibit indoor theaters until they meet certain thresholds for cases and test positivity rates. Counties that reach the second-worst tier can reopen theaters while limiting capacity to 25%, or 100 patrons, whichever is fewer. The next tier allows 50% capacity.

Cinepolis USA Chief Executive Luis Olloqui said his theaters will lose money by operating under current limits. Nonetheless, the company is opening four locations in the San Diego area this week, in part to prove to customers that theaters can operate safely.

“We’re committed to the industry,” Olloqui said. “Even though we know it’s a big challenge, it’s the right thing to do for our employees and for the business to show a movie like ‘Tenet’ the way it was meant to be seen, on the big screen.”

California is among the last states to at least partially reopen cinemas. New Jersey Gov. Phil Murphy this week said theaters could open as soon as Friday. Three states (New York, New Mexico and North Carolina) remain shuttered, and a handful of states are partly closed. AMC on Tuesday said 70% of its more than 630 U.S. locations will be operating this weekend.

Box office analysts are reluctant to predict how much money “Tenet,” a $200-million production, will make in ticket sales this weekend, given the rapidly shifting landscape and unusual release strategy. The studio, Warner Bros., has been cautious about setting expectations. Analysts have tentatively projected an opening weekend of $20 million to $25 million.

It’s a bold bet on theaters at a time when Walt Disney Co. is releasing “Mulan” on Disney+ for a $30 fee on Sept. 4, skipping American theaters entirely. Multiple big-budget studio films have shifted their launch dates to next year to avoid the risk. Nolan, the director of the “Dark Knight” trilogy, is an emphatic supporter of theaters over streaming.

Theater chains have taken pains to advertise their cleaning and social distancing protocols, with concession workers donning masks and gloves and standing behind plexiglass barriers. The hope is that consumers’ comfort level will increase as word-of-mouth spreads.

Travis White, 38, saw “Tenet” at an early preview screening Monday evening at his local AMC dine-in theater in New Orleans. He said most people followed the requirement to wear masks in the auditorium, except when eating and drinking. When he purchased his ticket online, the website automatically blocked off nearby seats. The food menu was limited to items like chicken fingers and popcorn (no refills!), and hand sanitizer was in abundance. Still, he said, not every customer took the mask mandate seriously.

“I know there are other people who try to get around the rules by eating the whole time to keep the mask off,” said White, who worked the front desk at a major chain hotel until he was furloughed. “I saw a person wearing the mask below the nose, and I was like, ‘What is the point?'”

Even so, the AMC Stubs A-list subscriber is confident enough to plan on going back to see “Greenland,” the Gerard Butler disaster movie that comes out later this month. “Everything was pretty respectful,” he said. “If I wasn’t [comfortable], I would have left.”

Some theaters are stricter than others. Massachusetts cinemas must limit attendance to 25 patrons per auditorium, and cannot serve food and drinks. That meant no popcorn for Henry Perno to munch on during a Saturday screening of “The New Mutants” at the Showcase Cinema de Lux in Dedham, Mass., which is south of Boston. The lack of food clearly didn’t help business. The theater was virtually empty, said Perno, 23.

“It was kind of eerie when me and my friend were the only two people we could see,” said Perno, who’s employed in food service and previously worked at the Showcase Cinema. “It was the slowest Saturday night I’ve ever seen.”

No one knows how long it will take for less enthusiastic moviegoers to get back in the habit, and most analysts don’t expect attendance to reach pre-COVID levels, if ever, until there’s a widely available vaccine. Those willing to go back and speak to The Times about their experiences were ardent film fans who went to the movies once a week before the pandemic, and seem to be making up for lost time.

Colee Simms, 28, saw “The New Mutants” with her mom Sunday afternoon at Marcus Point Cinema in Madison, Wis. She’s a big enough superhero flick fan that she named her 1-year-old hound mix Marvel, after the Disney-owned franchise. She had little hesitation to go back to the multiplex she’s frequented since childhood, and the theater was clearly grateful for her return.

“We got ‘thanks’ maybe five or six times for coming,” said Simms, who works at a company that manufactures vapes.

Los Angeles cinephiles will have to venture outside the city to see “Tenet” this weekend because Warner Bros. is not allowing it to play in drive-ins, where indoor theaters aren’t open.

Reading Cinemas Grossmont in La Mesa, near San Diego, will be playing “Tenet” in 70mm film, one of the select locations that will be showing the movie in Nolan’s preferred format. The company’s Angleika Carmel Mountain will also be open for business. Reading’s head of projection and sound, John Sittig, said he expects some L.A. film aficionados to make the 2-hour-plus trek south to see the latest from Nolan, who has a fervent fan base.

“I believe we will get a fair number of people in from Los Angeles,” said Sittig, whose office is at Reading’s Culver City headquarters. “We’re kind of the only players.”

Sittig, 72, relishes the prospect of working the projection booth for the 70mm showings, a rare opportunity in the age of digital projection. “For film purists, it’s like listening to an analog vinyl record,” he said.

For Egan, the Philadelphia radio producer, the main factor that could keep him from the theater is the one thing exhibitors can’t wait to see: massive crowds.

He said he’s checking the online pre-sales sites to make sure auditoriums aren’t too busy before heading out.

“If it were too crowded I wouldn’t go,” Egan said. “I’ll probably be going to way more matinees than I already do.”

Thu Sep 3 , 2020
When people picture the freelancing life, they often imagine instability, chaos and living paycheck to paycheck. Yes, building a reputation in the freelancing world does take time, but once you’ve established yourself, you can slowly but surely take on more clients, raise your rates and create a six-figure empire like […] 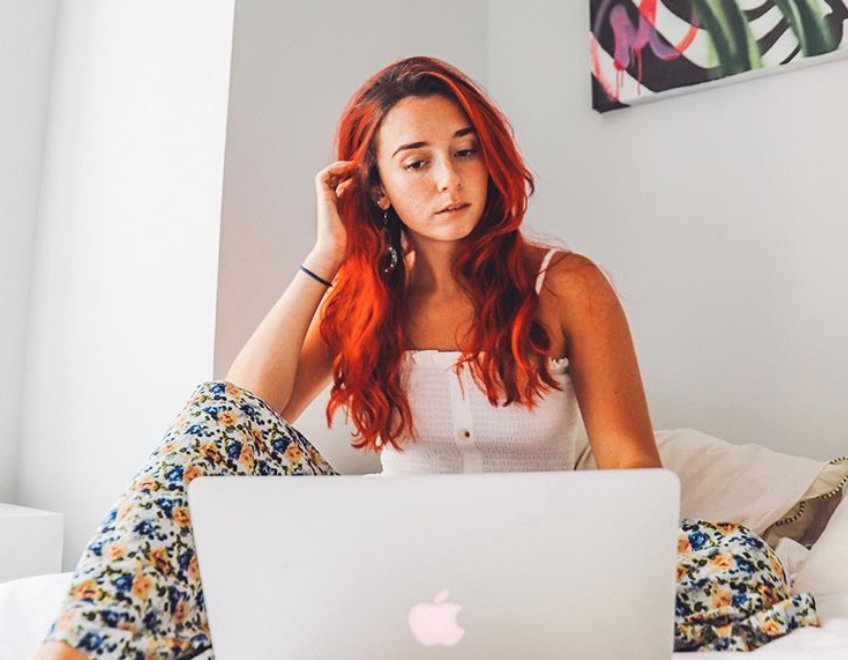