These are the five ballot questions that Nevada voters will decide on the November ballot. (There is no Question 5, in order to keep question numbers consistent between the 2018 and 2020 elections.) Each voter will receive a sample ballot supplement that will contain descriptions of each ballot question and […]

These are the five ballot questions that Nevada voters will decide on the November ballot. (There is no Question 5, in order to keep question numbers consistent between the 2018 and 2020 elections.)

Each voter will receive a sample ballot supplement that will contain descriptions of each ballot question and arguments for and against them. You can also see that information online.

Question 1: Board of Regents

– Which means: Question 1 would remove the language pertaining to the Board of Regents from the state constitution, and give the Legislature the authority to make changes to the board by statute.

It would require the Legislature to make laws that protect individual academic freedom of students, employees and contractors at state universities. It would put the state, instead of the regents, in charge of allocating money from federal grants. Any money from federal funds that is lost or misappropriated would have to be replaced by the state.

– How it got on the ballot: Question 1 was approved overwhelmingly by the Legislature in 2017 and again in 2019, and now requires a vote of the people to take effect.

– For and against: The argument in favor of the amendment cites testimony from a 1981 Nevada Supreme Court case, in which the Board claims its constitutional status gives it “virtual autonomy and thus immunity,” from laws and policies enacted by the Legislature, acting like a fourth branch of government. Proponents argue the regents are not entitled to absolute control and Question 1 would allow the Legislature to have oversight.

Opponents argue that the framers of the state constitution gave the Board of Regents constitutional status for a reason, and change would allow unnecessary political involvement to interfere with the regents and their decisions.

– Fiscal impact: Because we don’t know what decisions the Legislature will make in the future regarding the allocation of federal funds, we can’t know exactly what the fiscal impact of this question would be.

– The ballot language: Shall the Nevada Constitution be amended to remove an existing provision recognizing marriage as only between a male person and a female person and require the State of Nevada and its political subdivisions to recognize marriages of and issue marriage licenses to couples, regardless of gender; require all legally valid marriages to be treated equally under the law; and establish a right for religious organizations and clergy members to refuse to perform a marriage and provide that no person is entitled to make any claim against them for exercising that right?

– Which means: Although a 2015 U.S. Supreme Court requires each state to treat all marriages equally under law, the Nevada Constitution still contains language added in 2002 that only recognizes marriages between a male and a female. Voting yes on Question 2 would remove that provision and require Nevada to issue marriage licenses to same-sex couples with the same terms and conditions of opposite-sex couples, and to recognize same-sex marriages legally performed in other states.

Question 2 would also grant religious organizations the right to refuse to perform same-sex marriages on moral or religious grounds, without retribution.

– How it got on the ballot: Question 2 was approved in 2017 and 2019 by the Nevada Legislature, and now requires a vote of the people to take effect.

– For and against: The argument in favor of the motion notes that, due to the 2015 Supreme Court decision, the current constitutional provisions that don’t recognize same-sex marriage are unenforceable. It also notes that, while domestic partnerships are currently allowed for same-sex couples, they may not be recognized in other states and are not granted the same rights and benefits, including joint filing of tax returns, under federal law. The argument also says religious organizations will not be forced to perform same-sex marriages if they choose not to do so.

Opponents argue that by recognizing same-sex marriage, the Nevada Constitution would be infringing upon Nevadans’ religious freedoms and says domestic partnerships are a viable alternative. The argument adds that the Nevada Constitution should not be changed because of a Supreme Court decision that could potentially be overturned.

– The ballot language: Shall the Nevada Constitution be amended to require the State Board of Pardons Commissioners – whose members are the Governor, the justices of the Nevada Supreme Court, and the Nevada Attorney General – to meet at least quarterly; authorize each member of the Board to submit matters for consideration by the Board; and authorize the Board to grant pardons and make other clemency decisions by a majority vote of its members without requiring the Governor to be part of the majority of the Board that votes in favor of such decisions?

– Which means: The State Board of Pardons Commissioners currently meets twice a year and the governor must be a part of the majority vote in order for a pardon to be granted. The governor is currently the only member allowed to submit matters for the board’s consideration. If Question 3 passes, the board would be required to meet four times a year and the governor’s vote would no longer be required to grant a pardon – a majority vote would suffice. Question 3 would also allow any member of the board to submit issues for consideration.

– How it got on the ballot: Question 3 was approved by the Legislature in 2017 and 2019, and now requires a vote of the people to take effect.

– For and against: Proponents say in recent years the board has only met once a year and there has been a backlog of applications. Both of these issues could be alleviated easily with more annual meetings, they say. Proponents also argue the governor should not have authority to block pardons, especially if every other member of the board supports granting a pardon.

Opponents argue the governor’s vote should be required, since he is the highest elected official in the state.

– Fiscal impact: According to an analysis, board meetings cost the state about $4,250, so adding more annual meetings would cost more. The Division of Parole and Probation of the Department of Public Safety estimates that two more staff members would have to be hired to help manage the board’s caseload if Question 3 passed, costing an additional $175,000 a year. The department also estimated an additional $65,000 a year for an additional administrative position on the board.

— Ballot language: Shall the Nevada Constitution be amended by adding a new section guaranteeing specific voting rights to all qualified and registered voters in the State?

— Which means: Voting yes on Question 4 will enshrine the existing “Voters Bill of Rights,” first passed in 2003, into the state constitution.

There are 11 specific rights, which include voting during any early voting period or on Election Day if the voter is waiting in line when polls close, receiving an accurate sample ballot in a timely manner, having a statewide standard for counting and recounting votes, and having equal access to elections without discrimination.

Voting no would reject the amendment, but would not affect the state law meant to protect voting rights

— How it got on the ballot: The amendment was approved overwhelmingly in 2017 and again in 2019, and now requires a vote of the people to take effect.

— For and against: Proponents argument for passage says amending the constitution would make it difficult to attempt “to diminish or otherwise interfere with voting rights or with election outcomes.”

Opponents say it’s unnecessary because certain voting rights are already enshrined in the federal and state constitutions, and that technological advancements will one day make some of the procedures “obsolete.” No group has come out against the measure.

— Fiscal impact: Because provisions in the proposed amendment are similar to existing law, Question 4 is expected to have no financial effect on the state or county governments.

— Ballot language: Shall Article 4 of the Nevada Constitution be amended to require, beginning in calendar year 2022, that all providers of electric utility services who sell electricity to retail customers for consumption in Nevada generate or acquire incrementally larger percentages of electricity from renewable energy resources so that by calendar year 2030 not less than 50 percent of the total amount of electricity sold by each provider to its retail customers in Nevada comes from renewable resources?

Voters previously passed this question in the 2018 election. Because it’s an amendment that was initiated by a petition, it must pass twice to take effect.

However, in April 2019, Gov. Steve Sisolak signed Senate Bill 358 into law, which raised the renewable portfolio standard to 50 percent. So even if Question 6 is passed, the standard will stay at 50 percent. Voting for Question 6, however, would establish the 50 percent standard in the state constitution, and prevent lawmakers from changing it without another amendment.

— For and against: Nevadans for a Clean Energy Future collected the signatures to put Question 6 on the 2018 ballot. However, the group’s website and social media profiles have not been active since Senate Bill 358 was signed. After the bill was signed, Katie Robbins, the group’s campaign manager, told the Review-Journal she was confident voters will approve Question 6 again.

From 2018 to 2020, Nevadans for a Clean Energy Future reported receiving more than $10.2 million from NextGen Climate Action, according to reports filed with the secretary of state’s office. The super PAC operates under environmental advocacy organization NextGen America, which was founded by San Francisco billionaire and 2020 Democratic presidential contender Tom Steyer.

NV Energy also praised the bill in 2019, and company CEO Doug Cannon said in a statement that the company “has been vocal about our aspirational goal of providing our customers with 100 percent renewable energy, and this is an important step in accomplishing that.”

There has been no formal opposition campaign this year or in 2018. The argument against passing the question, which appears to be the same argument submitted for the 2018 ballot, states that the measure is “unnecessary and risky,” and could lead to increased rates if the Legislature is unable to “judiciously apply its own adjustments to our current Renewable Portfolio Standard.”

— Financial Impact: The Fiscal Analysis Division of the Legislative Counsel Bureau could not determine what the fiscal impact could be, according to the secretary of state’s website. 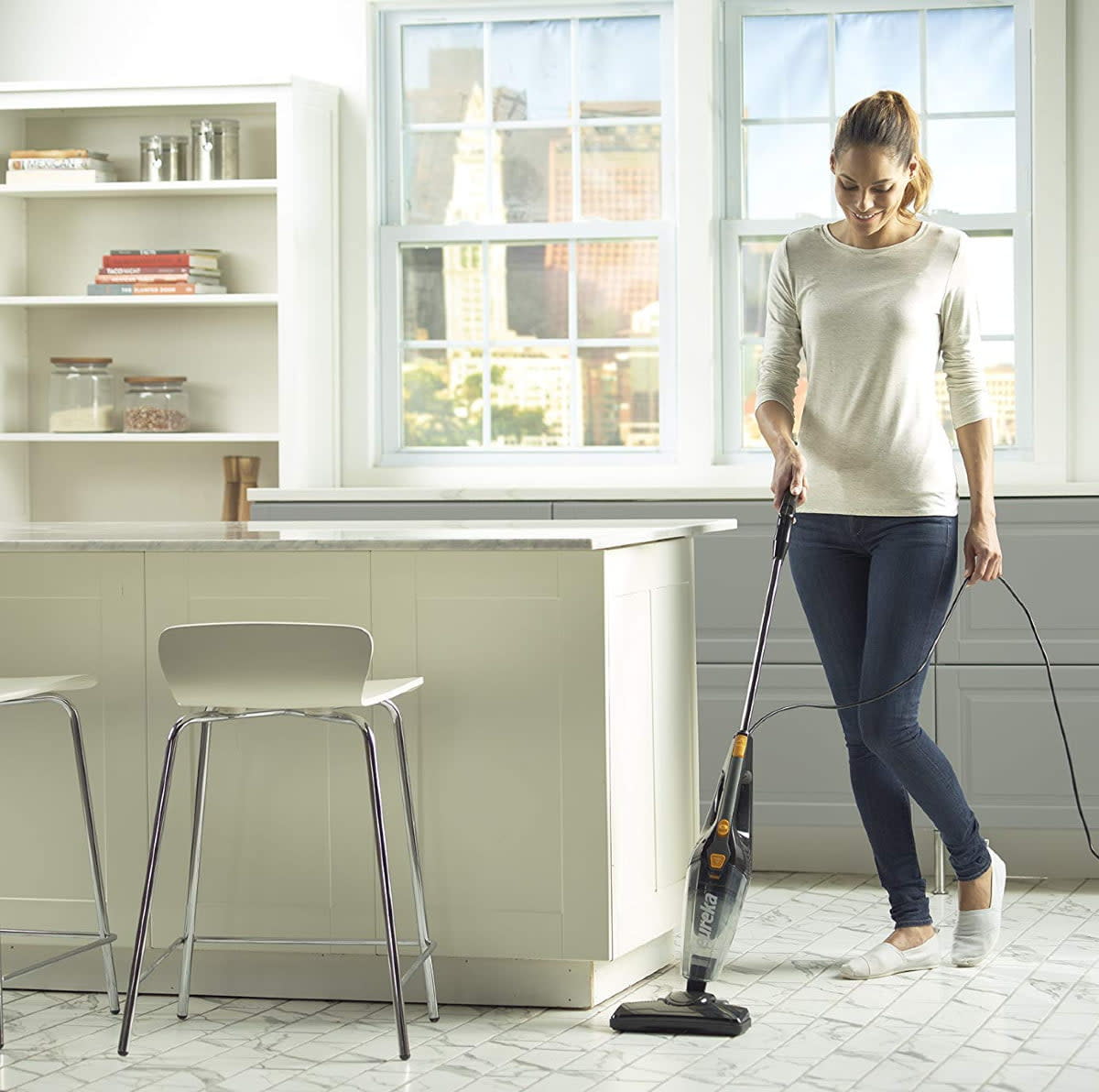