Red flags of a scam tend to be similar. The scammer will try new tricks, but typically create a sense of urgency, either playing into our fear, greed or desire to be loved. They’ll romance us, threaten us, frighten us or pretend to offer a quick fix to a problem we didn’t […]

Red flags of a scam tend to be similar. The scammer will try new tricks, but typically create a sense of urgency, either playing into our fear, greed or desire to be loved. They’ll romance us, threaten us, frighten us or pretend to offer a quick fix to a problem we didn’t even know we had.

And now, increasingly, they’re demanding that victims stay on the phone as long as possible while consumers head to the bank or the grocery store to carry out demands for money via money transfers or gift cards.

Scammers are telling their victims that that if they hang up, they’re likely to be arrested immediately or see their accounts seized.

“This is an alarming development, because consumers are essentially being held captive in the scam,” according to a new 2019 Consumer Complaint Survey released by the Consumer Federation of America on Monday.

“If bank tellers question them about withdrawing the money, the scammers are right there, in the consumers’ ears, to suggest how to respond to prevent the tellers from becoming suspicious.”

The Consumer Federation of America each year surveys watchdog agencies across the country. This year, 31 agencies from 20 states participated to give a snapshot of scams and consumer problems.

The new COVID-19 scams — such as a warning about phony contact-tracing outfits asking for your credit card information — will show up in the 2020 survey. Even so, the report noted that the pandemic has spurred complaints involving “price-gouging, refunds for canceled events and travel, nondelivery of orders from closed vendors, and COVID-related scams.”

Other noteworthy warnings, according to the report, included:

Fake claims on student loans. Student loan problems, as reported to the Maryland Attorney General’s Office, involved loans to attend for-profit schools. Students were misled concerning their ability to get a job once their education was complete. In one complaint, the student was told that loans were discharged, so he no longer had to make payments, but one of the loan companies continued to bill him $116 per month for more than a year.

Tech support scams. Consumers reported seeing a pop up on a their computers warning that their computer was infected with a virus. The Ohio Attorney General’s Office sued Support By Experts LLC and Real Tech Experts LLC last year.

When consumers responded to those pop ups, they were told that they needed to pay hundreds of dollars for a product to cure the problem.

“In fact, there was no virus and the product was worthless,” the report stated.

A diet program that ate into savings accounts. An Arkansas man enrolled in a diet program and signed up for auto delivery. After one month, though, he tried to cancel and discovered that the payment for the second month had already been taken out.

The business promised to give him a refund, but he never received it. After complaining to the Arkansas Attorney General’s Office, he received a refund of $271.76 that covered both months.

Scammers call your mother first. Now the con artists attempt to sound more believable by calling one of your relatives first to track you down, according to Sheryl Harris, director of the Cuyahoga County, Ohio, Department of Consumer Affairs.

“If you get a message from your mom that you’re in trouble with the law, you’re going to believe it,” Harris said in a news briefing Monday.

Con artists also will use real names of local officers, she said, so that the name will pop up when you Google it.

In some cases, consumers might lose thousands of dollars in an effort to clear up their name.

In reality, no court official is going to demand payment or personal information over the phone or threaten arrest for missing jury duty or other offenses.

The sweetheart swindle. A woman in North Carolina lost $46,110 to a scammer claiming to be “an orthopedic doctor working on an oil rig in Russia.”

The so-called love connection was made via phone, Linked In, text message and email. The scammer told the victim that he was coming to marry her, but he never showed up. In 2019, the North Carolina Attorney General’s Office received 60 complaints about romance fraud, with 46 victims collectively losing more than $1.4 million.

Sweepstakes fraud triggers huge losses. Another woman in North Carolina was tricked into believing she won $3.5 million from scammers pretending to be from Publishers Clearing House.

She lost $220,000 to the scammers running that sweepstakes fraud over a year. At one point, she paid $30,000 in cash to someone she met at a Wendy’s restaurant, according to state regulators. North Carolina reported that 69 victims lost more than $2.3 million to sweepstakes scams last year.

The “Chinese Embassy Telephone Scam.” Victims in California received prerecorded messages in Mandarin that appeared to be from the Chinese Embassy.

“The scammer asks victims for personal information, including where in China their families are from and their immigration status,” according to consumer watchdogs. Supposedly, the families are involved in a major fraud investigation in China and they are wanted for questioning.

Some victims “emptied their savings accounts, mortgaged their homes, or borrowed heavily to wire money to Hong Kong, from which it went into several accounts in mainland China.” Two agency investigators in the San Francisco District Attorney’s Office, both fluent in Chinese, were able to track the money and coordinate with law enforcement authorities in China to return several hundred thousand dollars to victims in the San Francisco Bay area.

This article originally appeared on Detroit Free Press: A new scam demands victims stay on the phone. Here’s how it works 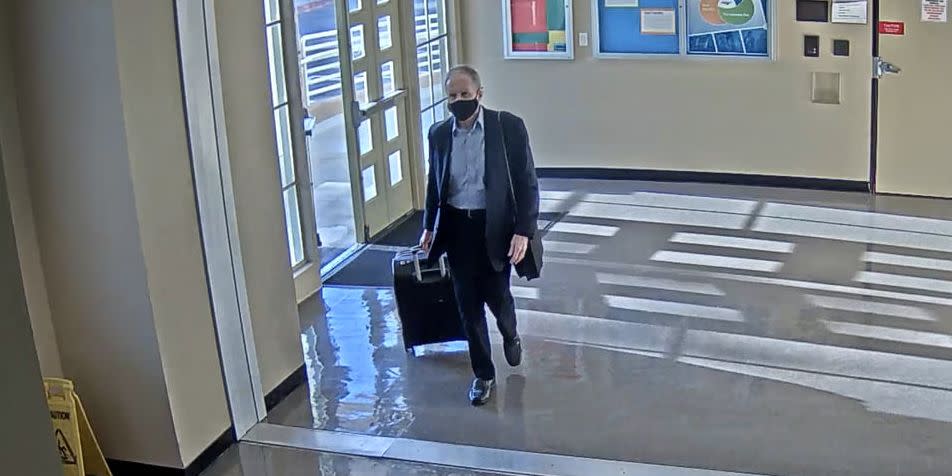