TribLIVE’s Daily and Weekly email newsletters deliver the news you want and information you need, right to your inbox. About an hour ago Forget about those sugar plums dancing in heads this holiday season and make way for a new Yuletide treat: the Cannoli Christmas Tree. A cannoli tree may […]

About an hour ago

Forget about those sugar plums dancing in heads this holiday season and make way for a new Yuletide treat: the Cannoli Christmas Tree.

A cannoli tree may seem like something out of a debaucherous dessert dream. But Char Hixson, proprietor of Char’s Creative Confections in Harmar, is baking them up this holiday season with help from her friend and part-time assistant, Jenn Reinheimer.

Reinheimer said she approached Hixson with the idea after seeing a Facebook post about a pastry shop in New Jersey that makes four-foot-tall cannoli trees.

“I shared it with some friends and everybody just loved the idea,” Reinheimer said.

Hixson wasn’t as enthused at first because it would mean more work around the already-busy holidays. She spends long nights and weekends in her home kitchen baking cakes, cupcakes and cookies to fill a long list of online orders. Last year, she said she baked about 6,000 Christmas cookies.

When Reinheimer pressed, Hixson said, “I said to her, ‘If it’s something you’ll help me with and you’ll take charge of, then we can do it.”

Figuring out how was the hard part. They had never made cannoli before, much less a cannoli tree.

Hixson said she bought a tree-shaped cake pan — cake is what the cannoli stick to on the tree. The first pan, however, could hold about four dozen cannoli.

“I didn’t know if anyone was going to want that many,” Hixson said. “So I ordered a smaller pan that holds two-and-a-half dozen cannoli.”

So far, Hixson and Reinheimer have taken about 10 orders for the trees. A small one is 6 inches tall and costs $45, while a large one is 9 or 10 inches and costs $65. Their cannoli are filled with ricotta and come in two flavors: vanilla with chocolate chips, and chocolate with chocolate chips. Customers can order from a variety of cake flavors.

Hixson and Reinheimer are taking orders through the end of this week and will be making batches of Cannoli Christmas Trees in the two weeks leading up to Christmas.

Hixson, 44, a mother of children ages 11 and 17, admitted that as much as she enjoys baking, this time of year stresses her out with all the orders. But baking has been her saving grace, she said.

Twenty years ago, Hixson had a baby boy who died of meningitis when he was only a week-and-a-half old. Baking became her therapy.

“When you have something traumatic like that happen, you need to relearn yourself all over again,” Hixson said. “That was the first year I did a lot of baking … I just couldn’t be still. I needed to do something to keep my mind busy.”

After having two more children, Hixson put her accounting degree to use in the corporate world handling tax returns. Together with her husband, a truck driver, she was living what seemed to be a full life. But she said she felt something was missing. Then she ended up taking a cake decorating class.

“I made a couple cakes for family members and then a friend or two asked me to make cakes for them and it’s kind of taken off from there,” Hixson said.

Hixson said she’s never really advertised, but yet she now has as much business as she can handle. Baking cakes and cookies has become her full-time job.

“I do it because I like it,” said Hixson. “It really does relax me. I mean, yeah, it’s a pain getting up at 1 o’clock in the morning and baking, but it’s also nice because my children are asleep, everybody’s asleep, most of the time. The house is calm and I’m in my element.”

Hixson said the demand for her baked goods has been off a bit this year because people haven’t been gathering as much during the pandemic. But the addition of Cannoli Christmas Trees appears to be giving business a boost.

“The response has been really good,” Reinheimer said. “We’re hoping to make a bunch of them for Christmas parties or whatever people are willing to order them for this year.”

Paul Guggenheimer is a Tribune-Review staff writer. You can contact Paul at 724-226-7706 or [email protected]

These were the most Googled questions of 2020. We have many of the answers.

Wed Dec 9 , 2020
This is peak 2020: global Google searches beginning with “why” were higher than ever this year. For many people, the past several months have felt more like a decade, beginning with the devastating wildfires in Australia and the sudden deaths of Kobe Bryant and his daughter in January, followed by […] 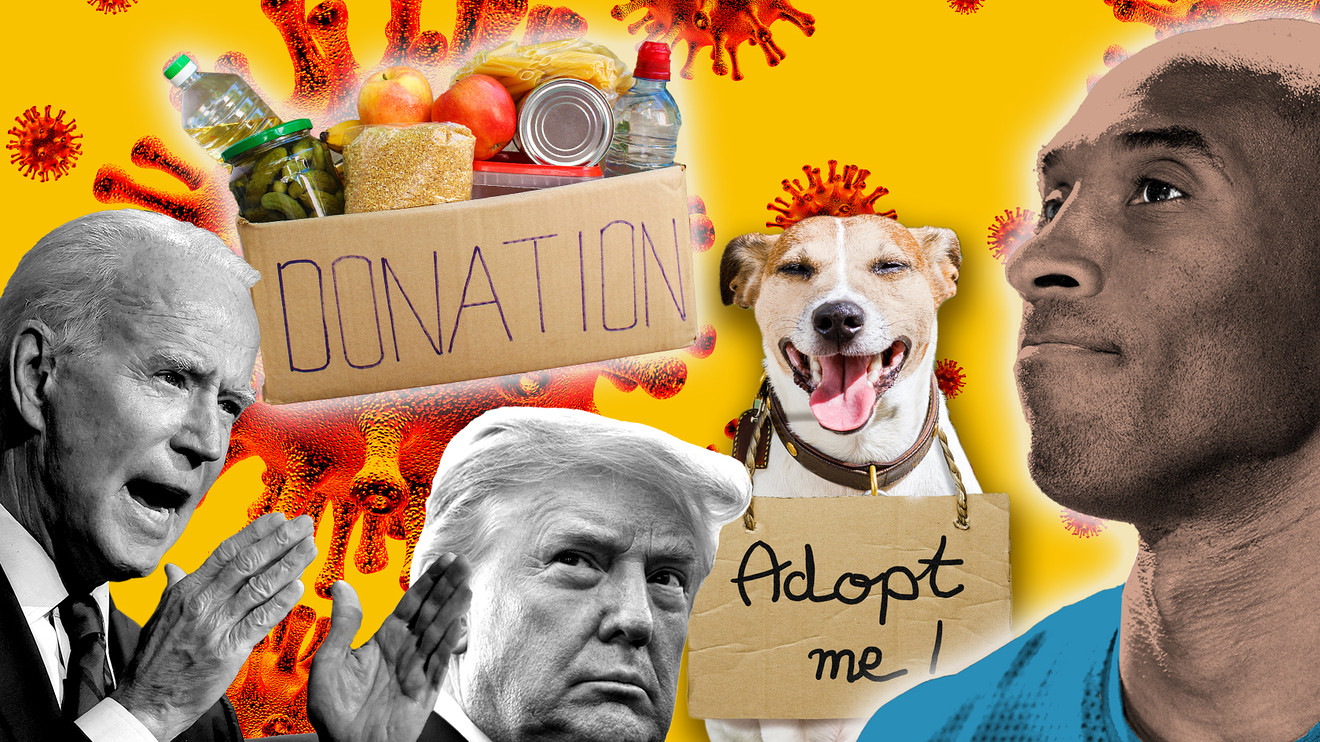