Sainsbury’s store Shoppers flocked to Sainsbury’s website during the lockdown amid a scramble to avoid the high street. Online sales more than doubled during the crisis as the supermarket increased its delivery slots from 370,000 to 650,000 a week and beefed up its click-and-collect service. These now account for 17pc of Sainsbury’s food business – up […]

Shoppers flocked to Sainsbury’s website during the lockdown amid a scramble to avoid the high street.

Online sales more than doubled during the crisis as the supermarket increased its delivery slots from 370,000 to 650,000 a week and beefed up its click-and-collect service. These now account for 17pc of Sainsbury’s food business – up from 7pc last year.

Simon Roberts, who was promoted to chief executive in January and took over from Mike Coupe last month, said the supermarket chain has changed fundamentally during the pandemic.

Speaking to journalists for the first time, he said: “It certainly has been a different four weeks than what I was expecting when I was appointed in January.”

Like-for-like sales which strip out the impact of new stores rose 8.2pc during the 16 weeks to June 27, with the warm weather also helping.

However, Mr Roberts said that sales are unlikely to stay as strong as restrictions on freedom are gradually lifted and pubs and restaurants come back to life.

Echoing its larger rival Tesco last week, Sainsbury’s said it has been winning shoppers from German discounters Aldi and Lidl.

It has slashed prices on about 200 items such as bananas, milk and bread during the pandemic in a fight to win more customers.

Mr Roberts said: “We will continue to invest to make sure we remain competitive.”

Sainsbury’s also owns Argos. Despite having to close its 573 standalone stores, total sales at the chain rose 10.7pc due to a jump in online orders.

Meanwhile, shoppers bought fewer clothes during the period with sales falling by more than a quarter.

Sainsbury’s higher-than-expected overall sales were overshadowed by a warning that pandemic-related costs may be slightly more than the £500m previously forecast. The firm hired 25,000 extra staff to cope with a wave of panic buying and also had to shut some of its small Local stores in city centres where footfall dried up.

This is likely to be offset by business rates relief, with profits expected to be flat for the year to March 2021.

Shares at the grocer fell 2.6pc.

However, chief executive Simon Arora warned there is still a great deal of uncertainty ahead.

Another retailer, Topps Tiles, also announced a stronger than expected quarter. Its sales were down 20pc in June but only 5.4pc lower last week as more stores reopened. Sales for the second quarter were still down 53pc overall.

The business continued to trade online during lockdown, with a 139pc spike in sales.

Wed Jul 1 , 2020
LOS ANGELES — California was supposed to have the coronavirus under control. Then people went back to work. On March 16, health officers in six Bay Area counties jointly ordered residents to shelter in place — the first such order in the nation. Eleven other California counties immediately followed suit, […] 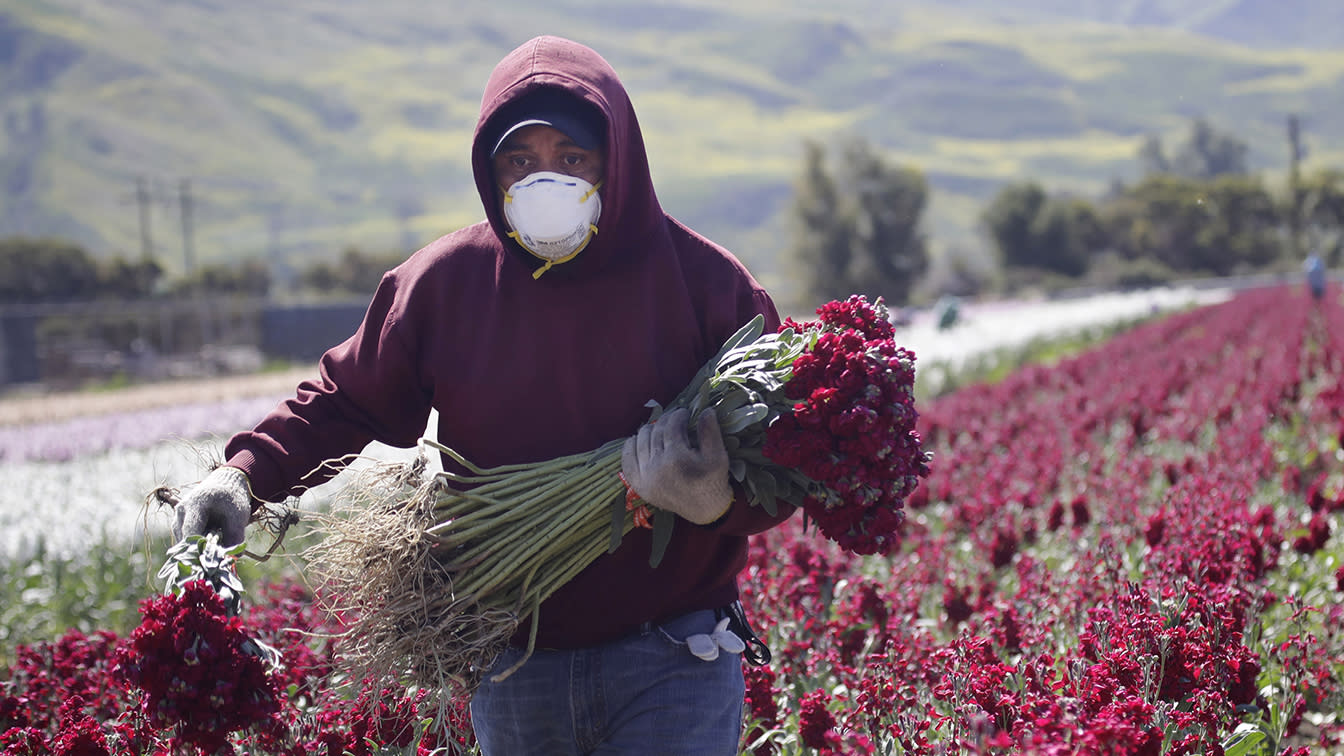