The top age group who fell for these scams are 35- to 44-year-olds, according to the BBB. ExploreBBB warns consumers of internet scams “I think that is a direct result of the proportion of people that are going to spend more time online whereas they were at work and now […]

The top age group who fell for these scams are 35- to 44-year-olds, according to the BBB.

“I think that is a direct result of the proportion of people that are going to spend more time online whereas they were at work and now they’re at home, they were doing stuff and now they’re on zoom. So, I think that’s the correlation there and so with more opportunity the scammers are able to have more targets,” said University of Dayton computer science research professor Rusty Baldwin.

BBB research shows that where a consumer first saw a product played a role in their likelihood of being scammed. Google and Facebook were the top two webpages where consumers had reported seeing a product for the first time that they were later hustled out of their money.

Researching the company listed in the email is a way to ensure the legitimacy of the business. According to the BBB research, of the 57% who did not research the website or business before making a purchase, more than four out of five lost money.

Since 2015, online buying scams have been in the top five of all reported scams. Although most scams aren’t realized until after the money has been taken, there are some ways to prevent falling victim to online purchasing scams.

Baldwin said emails that are sent to you from unfamiliar addresses and companies are a red flag. Going to the webpage that the email promotes would be best practice.

“Even if the email looks legitimate its always better to type it in yourself, that way if it is something embedded in the email, you’re not going to click on it,” he said.

Shoppers should look for grammar and spelling errors in emails and links. “People come up with very close URL addresses that look a lot like a legitimate one. You’ll see Amazon with an extra ‘n’ and that’s enough to get them to another site,” Baldwin said.

PayPal is also recommended over using a debit card or green dot gift certificates. “Once you give that number they go in and drain whatever’s on there and asks you to put more money on there,” he said.

– If the deal looks too good to be true, it probably is. The top motivating factor for people who made a purchase, then lost money was price. Don’t shop on price alone.

– Professional photos do not mean it’s a real offer. Respondents reported that website photos motivated them to engage with scammers, especially for pets/pet supplies, clothing/accessories and vehicles.

– Research before you buy. Out of the 57 percent who didn’t research the website or business via an independent source (*like BBB.org) before making a purchase, 81 percent lost money.

– Beware of fake websites: Check the URL, watch for bad grammar, research the age of the domain, search for contact information and read online reviews.

– Beware of making quick purchases while scrolling through social media. Scammers have access to tools they need to learn about your buying behaviors, offering up exactly what you want at enticing low prices.

– Shipment tracking information can be faked. Look closely to make sure it’s a legitimate business. Don’t just click on the tracking link; go to the shipper’s website and type in the code to see if it’s real.

– Use secure and traceable transactions and payment methods. According to BBB’s research, those who paid with a credit card or PayPal were less likely to lose money. Avoid paying by wire transfer, prepaid money card, gift card, or other non-traditional payment methods.

Man City to offer Messi a contract in January

Tue Nov 3 , 2020
The coronavirus pandemic made the summer transfer market unlike any before it, but there were still plenty of deals done, and you can check out the major ones here. The window might be closed across the top leagues in Europe, but here are the best rumours from around the globe. […] 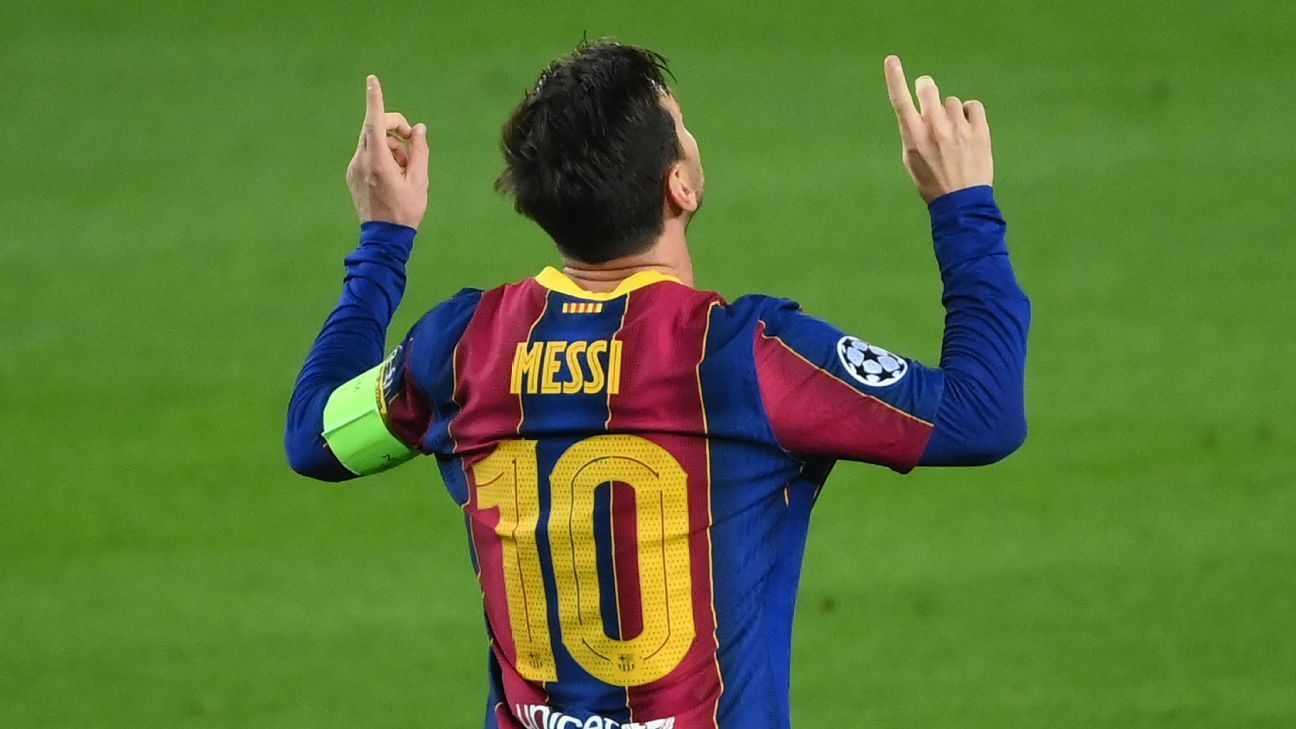