A video produced by U.S. Border Patrol agents and shared across several official government social media accounts this week begins like the cold opening of a true-crime thriller. A Border Patrol vehicle sits parked in what looks like a desert in the dead of night, as the scratchy sounds of […]

A video produced by U.S. Border Patrol agents and shared across several official government social media accounts this week begins like the cold opening of a true-crime thriller. A Border Patrol vehicle sits parked in what looks like a desert in the dead of night, as the scratchy sounds of a radio being tuned are heard on the soundtrack. Inside the truck, two uniformed agents listen to a news report about an undocumented immigrant wanted for rape and murder in California.

“Police in Santa Maria, California say a man who was in the country illegally is now charged along with another suspect in the rape and deadly attack of a 64-year-old woman,” says the disembodied voice of a broadcast which, according to text on the screen, is “actual audio from CBS Evening News.”

The audio, which appears to have been pulled directly from an August 2015 CBS News report, is the only part of the nearly 3-minute video which is not a dramatization. The video was produced by agents from the Border Patrol’s El Centro Sector, located in Southern California’s Imperial Valley. It has been posted on the El Centro Sector chief’s official Instagram, Facebook and Twitter accounts, as well as the national Border Patrol agency’s official YouTube page, Facebook and Instagram accounts.

Featuring drone footage, suspenseful music and even fake blood, the video, titled “The Gotaway,”  a Border Patrol term used to describe illegal border crossers who evade apprehension, shows the agents in dramatic pursuit of a car full of migrants. From the front seat, a menacing Hispanic man with a full sleeve of tattoos (presumably the “coyote” who brought them across the border) orders his passengers in Spanish to “get down,” yelling, “We’re not getting caught today!” The smugglers’ car pulls over and the agents, now with backup, chase the migrants on foot, catching all of them but one. The camera then cuts to a shot of silhouetted man in dark clothing running into what looks like a suburban strip mall, where he skulks in the darkness behind a man talking on a cellphone. Revealing his tattoo-covered arm as he emerges from the shadows, the so-called gotaway asks the other man for money, then pulls out a knife and stabs him in the chest, running off into the darkness as the man lies in the street, fake blood running down his white shirt.

The screen fades to black, displaying the words “every apprehension matters…” and then “Do you know who got away?” Then it shows a Fox News headline about the 2015 murder of Kate Steinle in San Francisco, and another about the arrest of the undocumented man suspected of killing University of Iowa student Mollie Tibbetts in 2018 and then a sequence of headlines about murders and other violent crimes linked to undocumented immigrants.

According to a U.S. Customs and Border Protection official, “The Gotaway” video was produced “in an effort to highlight criminal apprehensions across the Southwest border.”

“The initial intent was to inform the workforce, but it was subsequently determined that it would also serve to inform the community and citizens about the nature of the work and dangers faced by Border Patrol and the community at large,” the CBP official said in a statement provided to Yahoo News. “CBP is committed to informing the public of our mission and challenges, and stands behind using our law enforcement personnel to tell the CBP story.”

The official did not respond to questions about the veracity of the events shown in the video, which appear to be a generic depiction of Border Patrol agents’ work, rather than a dramatization of a specific operation.

Jenn Budd, a former former senior patrol agent and intelligence agent with the Border Patrol in San Diego, called the video “grotesque” and said “I think it’s a horrible misuse of taxpayers’ money.”

Budd is now an immigrant rights advocate and regularly speaks out about corruption and abuses within Border Patrol and CBP. She accused Border Patrol of “perpetuating a myth” that undocumented immigrants are violent criminals, pointing to the wealth of research that has found that people who entered the country illegally are less likely to commit crimes than those who were born here.

“It’s fearmongering. And they’re participating in vilifying a select group of people in order to gin up votes for their favorite buddy Donald Trump,” Budd said, adding that “I think that the United States Border Patrol is playing politics and this was specifically timed for the election.”

The questionable thing about the timing, in the view of Budd and a former DHS official who spoke to Yahoo News asking not to be identified by name, is that the video depicts events that are at least a year out of date.

“It doesn’t necessarily make sense to highlight this issue [of ‘gotaways’] right now,” said the official.The former official, who served under the Trump administration, noted that there have been times during the last couple of years when record numbers of children and families seeking asylum at the southern border have overwhelmed Border Patrol stations, pulling agents and resources away from the front lines and allowing more people, including potential safety threats, to slip through the cracks and enter the country undetected.

However, the situation facing agents at the southwest border is much different now, as the Trump administration has effectively used the coronavirus pandemic to seal off the border to asylum seekers, allowing officials to quickly turn tens of thousands of migrant families and children away at the border instead of processing their requests for protection inside the United States. While the total number of border apprehensions have dropped over the last several months, the demographics have also returned to historically normal proportions, with single adults once again making up the majority of those now attempting to cross.

“They have better operational control, more infrastructure, more personnel, more support,” the former DHS official said, suggesting that the video’s spotlight on “Gotaways” is “a bit incongruent with what I would assume would be the reality on ground.”

The official also criticized the way the video was posted online. Along with the official accounts for DHS, ICE, CBP and Border Patrol and several hashtags including #thinblueline #americafirst and #bordercrime, a post of the video on the official Instagram account for the Border Patrol Chief of the El Centro sector also tagged a handful of conservative media outlets, such as Breitbart, The Daily Caller, the Blaze and Epoch Times.

“It’s deeply inappropriate to tag clearly biased publications [regardless] of their leaning,” said one former DHS official who described the video as “a little over the top.”

“They have better operational control, more infrastructure, more personnel, more support,” the former DHS official said, suggesting that the video’s spotlight on “Gotaways” is “a bit incongruent with what I would assume would be the reality on ground.”

The official said law enforcement agencies need to “communicate regularly about their image, or about their mission” in order to maintain the public’s trust. “I think the intent of the video is to articulate a particular issue that the border patrol does face on a regular basis,” he said, but “I disagree with the Hans Zimmer-esque approach because I think it adds a hyperbole that isn’t justified by the operational reality.”

Zimmer is a composer noted for highly dramatic film scores.

Sat Sep 5 , 2020
The Trump administration’s Justice Department and the attorneys general from almost every state have spent the past year laying the groundwork for an antitrust lawsuit against Google, with a decision on filing the case expected to come this summer. But now it’s Labor Day weekend, and disagreements between the department […] 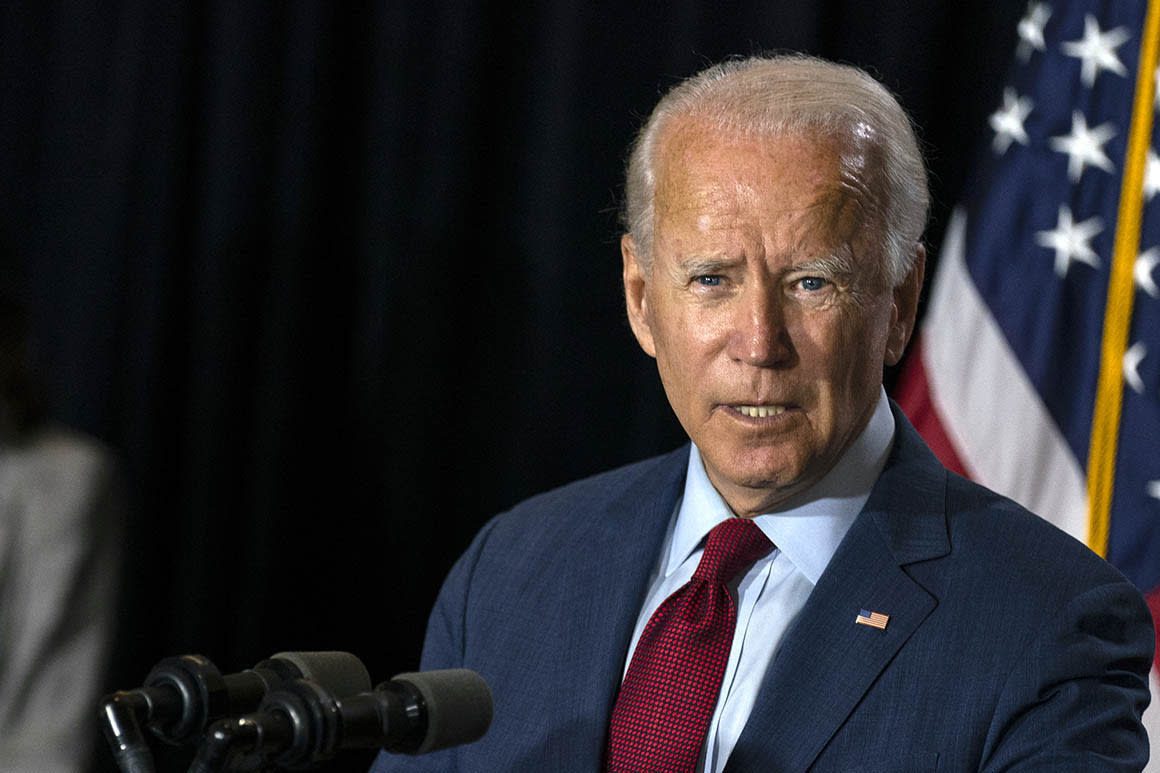