Oracle has spent years pushing to curtail the power of Silicon Valley’s social media giants. Now a pending deal with TikTok may force the cloud computing company to face the same tough critiques over how it protects users and polices content. Oracle confirmed Monday that it was chosen to serve […]

Oracle has spent years pushing to curtail the power of Silicon Valley’s social media giants. Now a pending deal with TikTok may force the cloud computing company to face the same tough critiques over how it protects users and polices content.

Oracle confirmed Monday that it was chosen to serve as a U.S. technology partner for TikTok, whose Chinese parent-company ByteDance has faced pressure from the Trump administration to sell off the popular video-sharing app over national security concerns. It beat out rival Microsoft and outlasted other suitors such as Google for the prize.

While the exact structure or value of the deal remain unclear, one thing is not: it’s poised to plunge one of the tech industry’s under-the-radar power players deeper than ever before into policy disputes in Washington over data privacy, content moderation and national security.

TikTok has faced rising scrutiny from officials in Washington over its efforts to safeguard user data and keep the millions of kids and teens who use its platform safe. With their proposed partnership now under federal review, lawmakers and advocates say Oracle should brace to face the same grillings as its new business ally.

“They’re inheriting some of these problems, some of these issues, and along with that they should expect to see increased scrutiny, both from policymakers and politicians and also from advocates like us,” said Josh Nelson, campaigns director for ParentsTogether, a children’s safety advocacy group.

That would be a new position for Oracle, which has dodged the hot seat in recent years as tech giants like Google, Facebook, Apple and Amazon have been repeatedly summoned to testify about their business practices on Capitol Hill.

Oracle’s operations have not been particularly contentious in Washington, focused on data management software, supply chain tools and cloud systems. And the company has cultivated a powerful ally in recent years in President Donald Trump, making it one of the only Silicon Valley giants to enter his good graces while in office. That’s offered Oracle a potential buffer against the same political pitfalls that have bedeviled its competitors.

Meanwhile, Oracle has helped fuel efforts to rein in rival tech companies. It’s funded groups to pare back the legal protections that shield social media companies from liability for users’ posts. And Oracle has lobbied regulators around the globe to scrutinize the privacy practices of its competitors, including rival Google, which it is separately set to face off against in the Supreme Court later this year over a protracted copyright dispute.

Now, with the TikTok deal still not finalized and the possibility that the Trump administration could still scramble the plan, some are already turning up the heat on Oracle.

“Oracle and ByteDance owe TikTok users a clear and immediate explanation about how their valuable videos and intimate personal data will be protected,” Sen. Richard Blumenthal (D-Conn.), a top privacy hawk, said in a statement. “I want specific, ironclad commitments on how Oracle and ByteDance will guarantee users’ privacy, cyber security, and freedom of expression.”

ParentsTogether and other consumer groups in May called for federal regulators to launch an investigation into whether TikTok has continued to skirt children’s online privacy laws, after settling one such complaint for $5.7 million with the Federal Trade Commission in 2019. The company has also faced pressure from advocacy groups and lawmakers alike to crack down on child predators seeking to exploit the app to target its massive base of young users.

Privacy advocates say Oracle now has a responsibility to address those issues and are already pushing for it and ByteDance to make additional commitments to beef up their privacy and security practices, regardless of how the structure of the deal shakes out.

“I’m watching the TikTok-Oracle transaction closely, and it’s imperative that all of the players involved prioritize children’s privacy every step of the way,” said Sen. Ed Markey (D-Mass.), a top champion for children’s privacy on Capitol Hill.

An Oracle spokesperson did not return a request to comment for this story.

TikTok spokesperson Jamie Favazza said in an email: “The safety and well-being of our community remains our top priority as we build TikTok for the long term.” The company recently launched an online portal detailing its privacy, security and content moderation practices which it said was designed “for experts and lawmakers to see first-hand how we’re working to build a safe and secure platform.”

The partnership with TikTok could also put Oracle in conflict with its own push for social media regulation in Washington.

The company has both directly and indirectly lobbied to pare down a key set of legal protections that shield internet companies from lawsuits over the content they host. The protections, afforded under a section of federal law known as Section 230, are considered crucial to companies like Facebook and Google-owned YouTube that host billions of user-generated posts and videos each year. But they’ve been targeted by Oracle and at least one advocacy group funded by Oracle, whose core business until now hasn’t been as reliant on those protections as its competitors.

In 2017, Oracle became one of the first major tech companies to back a bill to open internet companies up to liability if they knowingly enable sex trafficking on their services. The measure, signed into law in 2018, was contested by the broader tech industry. Oracle separately also funded a dark money group that has lobbied aggressively for scaling back Section 230, according to Bloomberg.

Now, with Oracle poised to take a still-to-be-determined financial stake in a popular social media app that’s home to millions of user videos daily, it could see its own legal exposure increase if those protections are pared back.

“It’ll be really interesting to see if Oracle is consistent with their beliefs from three years ago or if now that it threatens their own bottom line they take a much different position,” said Josh Golin, executive director for the Campaign for Commercial-Free Childhood, another major children’s safety advocacy group.

The one trouble spot that Oracle and Bytedance are working to set aside definitively is any concern about entanglements with China.

When President Donald Trump signed two executive orders in August aimed at forcing ByteDance to sell TikTok’s U.S. business, he cited concerns users’ personal information on the app could fall into the hands of the Chinese government. TikTok has previously said it has walled off its data from that of its Chinese parent company and that it would not share information with the Chinese state. Even so, TikTok said Monday it had reached a proposal that would “resolve the Administration’s security concerns.”

Treasury Secretary Steve Mnuchin told CNBC Monday that the Committee on Foreign Investment in the U.S. will review the proposal this week and make a recommendation to the president.

In its statement Monday, Oracle said it was ready to ensure the security of its users.

The company has operated in China for years, but in 2019 Oracle slashed its workforce in the country amid rising trade tensions between the U.S. government and Beijing.

Oracle’s public coziness with the Trump administration could help smooth over regulatory concerns about TikTok’s China ties — Oracle Executive Chairman Larry Ellison is one of a few tech moguls who have publicly embraced and even held fundraisers for Trump.

But even if those concerns are settled, advocacy groups say the spotlight will remain on Oracle and TikTok’s other practices.

“TikTok is going to be ground zero for privacy hawks on the Hill concerned about the issue,” said Jeff Chester, executive director of the consumer group Center for Digital Democracy.

Tue Sep 15 , 2020
Filecoin might be the most complex thing the blockchain industry has ever brought to market. The Web 3.0 data-storage project, funded by a $257 million initial coin offering that closed in September 2017, has been building out its technology ever since.  While Filecoin has been quieter than most over that […] 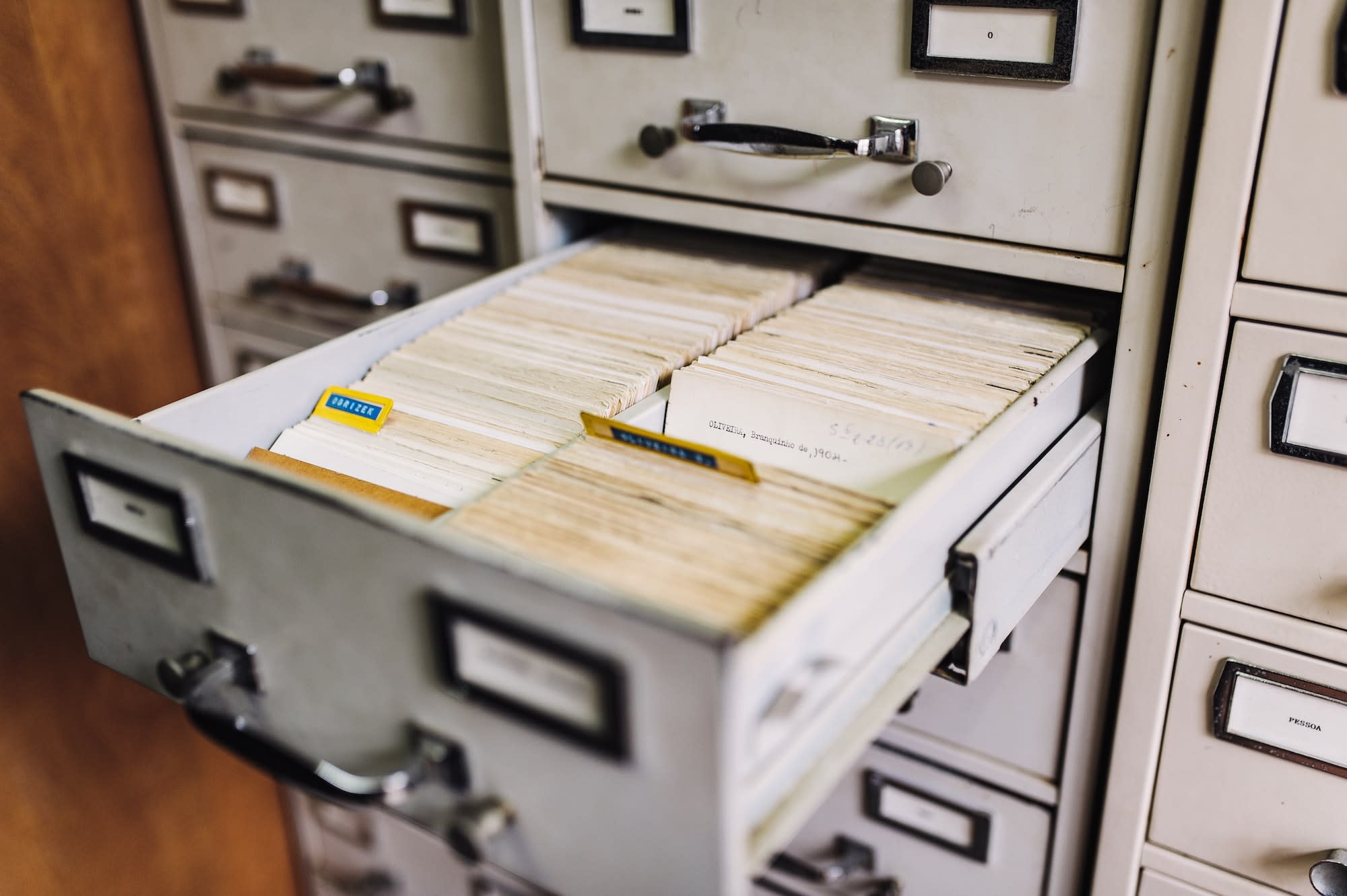