This story is part of Learning Curve, a HuffPost Canada series that explores the challenges and opportunities for students, faculty and post-secondary institutions amid the COVID-19 pandemic.     Most university and college students are expecting to complete the fall semester through distance learning. For Maya, that distance would have been […]

This story is part of Learning Curve, a HuffPost Canada series that explores the challenges and opportunities for students, faculty and post-secondary institutions amid the COVID-19 pandemic.

Most university and college students are expecting to complete the fall semester through distance learning. For Maya, that distance would have been over 11,000 kilometres.

Maya, who is currently living in Mumbai, India, had planned to come to Montreal to begin  McGill University’s master of law program in September. In the spring, as the COVID-19 pandemic prompted a shift to virtual classrooms, she mentally prepared to start her degree online. She asked for her real name not to be used, so as not to affect her financial aid applications for the next academic year.

She worried about missing out on group work, discussions and one-on-one conversations with professors. From watching McGill’s webinars, she was assured that the quality of education would be the same, and she believed choosing to attend, even if it’s remotely, would show she’s able to adapt to changing circumstances. “I think for education, this is going to be the future,” she told HuffPost Canada at the time.

But in the end, Maya decided it didn’t make sense to pay $40,000 to complete part or possibly all of the 12-month program online. The nine-and-a-half hour time difference would have meant she was studying when she would otherwise be sleeping. Still, she said she cried after sending the email to her department to defer, because she was looking forward to starting her program.

In a normal year, total student enrolment is uncertain until later in the fall, after it’s clear whether students actually enrolled or stayed in a program. But this year “breaks the record for uncertainty,” said Christine Trauttmansdorff, vice-president of government relations and Canadian partnerships at Colleges and Institutes Canada.

Hands-on programs may not translate well into online formats, which could affect enrolment of both domestic and international students this year as the pandemic makes in-person classes an uncertainty, the StatCan report said.

Universities Canada president Paul Davidson told HuffPost that universities saw their spring and summer enrolment up this year compared to last year. He suggested that with the government’s financial support for students, some were able not to work and take a credit or two over the summer.

Whether students return in the fall, and if they decide to take a part- or full-time course load, also has “significant budgetary implications” for universities, Davidson said.

… if you can’t find a good-paying job, you might as well retool or upskill … Elizabeth Dhuey

July data from the Ontario Universities’ Application Centre shows confirmations are slightly higher than at the same time last year, continuing the general upward trend over the past decade. Several university professors and lecturers have told HuffPost that, anecdotally speaking, their universities have seen record-high enrolment in summer courses and that they expect this to continue into the fall semester.

But incoming and current students can still change their minds as post-secondary institutions release their plans for online delivery of courses for the fall semester. While historically more students have returned to school during a recession, the pandemic has thrown a new set of challenges at students, professors and institutions.

Pandemic is ‘largest mass disruption of education in history’

It’s a well-established economic finding that more students seek post-secondary education during a recession, said Elizabeth Dhuey, an associate professor of economics at the University of Toronto.

That includes students who choose to go to post-secondary institutions after high school, as well as older adults going back to school to retrain.

“The reason behind that is that if you can’t find a good-paying job, you might as well retool or upskill so that when the recession is over, you can be more attractive to employers,” Dhuey told HuffPost.

Right now, students don’t have an “outside option,” Dhuey said — if they’re not doing online learning and not working, there’s not necessarily much else to do.

But Prachi Srivastava, an associate professor in education and international development at Western University, cautioned against assuming that the conditions present in the COVID-19 pandemic mimic the pattern of what would happen to post-secondary education in any other recession.

The difference with the COVID-19 pandemic, compared to students returning to school at previous times of economic upheaval, is that this time, most students aren’t returning to an in-person classroom.

“In a recession scenario where you don’t have a pandemic … the delivery is the same, the course offerings are relatively the same, and the expectations are pretty much the same in terms of faculty teaching [and] students learning experiences,” Srivastava told HuffPost. “That’s not the case at all right now.”

The online delivery of courses is causing some students to re-examine their plans for the fall semester.

In June, a prospective York University nursing student told HuffPost he was extremely stressed about deciding whether to switch into the program from the psychology program he was already in.

The student asked to be anonymous to not jeopardize his place in the program.

He wanted to be in the nursing program specifically to do the practicum placement. “If it’s cancelled due to COVID, or if there’s a second wave of COVID and my practice gets cancelled, I only have two years to learn the skills I need,” he said. He recalled that during a strike at the university, nursing students lost clinical hours and weren’t trained on procedures they had to complete on later placements.

Disruption To Canada’s Immigration In Pandemic Will ‘Reverberate’ Through Economy: RBC

But even up to the deadline on the day he had to make the decision, he couldn’t get a clear answer from staff or faculty about their plans for student practicums, he said. He has two other friends in the same position in different programs, worrying about what will become of their placements. He decided to stay in psychology, “settling” to finish his initial degree because of the uncertainty about next year.

Yanni Dagonas, an advisor and spokesperson at York, said the university’s school of nursing is providing alternate methods to placements where possible in the form of online modules.

“Our priority is ensuring students’ academic progress so as not to delay program completion and graduation of competent practitioners,” Dagonas said.

Ultimately, what we’re seeing right now is the “largest mass disruption of education in history,” Srivastava said. The urgent calls for institutions to address systemic racism that have gained traction during the last few months are also showing the deeply inequitable structures of higher education, she said.

Students who come from underrepresented groups, such as lower-income families, face systemic inequities and are typically underrepresented in higher education, Srivastava said. They’re also at greater risk of dropping out once they enrol. The pandemic may exacerbate this pattern, she said, as some students may have been planning to pay tuition with money made through part-time jobs that were lost due to COVID-19 shutdowns.

This article originally appeared on HuffPost Canada and has been updated.

5 Long-Term Trends You Should Be Invested In (Revised)

Wed Aug 26 , 2020
Investor enthusiasm seems to be going through the roof and already-stretched valuations are going even higher. While a buoyant market is good news and a good earnings season is the perfect reason for the bulls to rule, it’s hard to overstress the need for caution. Estimates for the third quarter […] 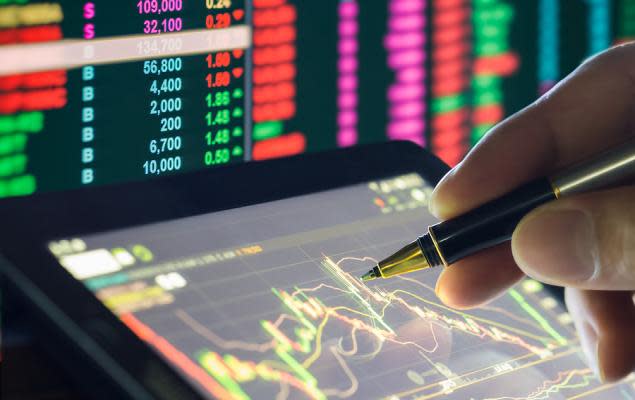