Payless is returning from the abyss. The popular, low-price shoe chain emerged from bankruptcy in January and is now relaunching with an e-commerce store, new leadership and retail prototype. The first physical store of its new iteration will open in Miami, the home of its new headquarters, this November. Payless […]

Payless is returning from the abyss. The popular, low-price shoe chain emerged from bankruptcy in January and is now relaunching with an e-commerce store, new leadership and retail prototype. The first physical store of its new iteration will open in Miami, the home of its new headquarters, this November.

Payless appointed former CAA-GBG president Jared Margolis as chief executive officer. The executive said that he sees the company as a “once-in-a-lifetime-opportunity,” both to alter the retail landscape and engage in social change. These efforts add to joint venture business operations in Latin America and franchise locations in Southeast Asia and the Middle East which continued, uninterrupted, during Payless’ bankruptcy proceedings in North America.

Margolis says that the company currently sees approximately $700 million in annual topline revenue from these combined ventures — a figure he estimates will double by 2025 once Payless North America returns to a fully functioning business.

At the time of its second bankruptcy in 2019, Payless held around $470 million in debt and untenable amounts of real estate overhead. This trip to bankruptcy court followed earlier proceedings in 2017 that resulted in an unsuccessful restructuring plan.

While the company once operated some 4,000 stores across the United States, at Margolis’ direction it will hold an optimal stable of 400 to 500. The remainder of areas will be serviced by the company’s web site, which Margolis “conservatively” estimates will represent between 30 and 40 percent of the business in five years’ time. At one point, the company clocked $1.5 billion in annual sales, only $100 million of which came from e-commerce.

“We have all the learnings of what didn’t work and now we have a blank canvas. All of the stores that were nonperforming, we know to never open stores in those areas. Even the old shop concept — a lot companies are going through a lot, even if they make it through there is a new norm that we now have to create an environment for that is user-friendly,” Margolis said.

The new Payless will address its old mistakes by operating “Five hundred stores instead of 4,000, being more asset-light — corporate overhead was substantial — and not relying on having everything in-house. We prefer to be nimble and can outsource and partner with companies, rather than own everything ourselves. This allows us to focus on offering great product for the best price,” Margolis said.

Shoes will retail from $9.99 to $49.99 with the average pair costing $19.99. Margolis says the business has historically proven to split evenly among kids, women’s and men’s styles. Payless intends to team with influencers, designers and high-profile figures to design collections — a ploy to drum up excitement about its products.

“We need to stay focused,” Margolis said of his larger retail plan. “We are opening up our first store in Miami because that where our headquarters are and we need to be close to the prototype. Texas and the U.S.-Mexico border is where I see us having a strong 100-store footprint.” The company intends to open 30 to 45 stores in the region by the end of next year. Margolis is signing all leases as percentage rent deals and says he will not take on spaces with traditional leasing terms.

Payless’ stores will be designed with social distancing, omnichannel marketing and new technology in mind. There will be touch-screen mirrors for shoppers to view additional product and order directly to their homes. Payless will also roll out a partnership with Zappar, a program that allows shoppers to measure their shoe size with their phone, to assist with both in-store and online purchasing.

While Margolis says that the company will initially relaunch without traditional advertising efforts, it will reach out to its database of 70 million former customers to notify them that Payless is back in business.

Payless plays within the fast-fashion cycle — offering prices that seem inconceivable without shortcuts in its supply chain and labor practices. Margolis was adamant, however, that the company has a “best in class” supply chain and employs 60 people across Asia who monitor manufacturing operations to ensure they are in compliance with ethical standards.

The company also intends to conduct social outreach programs in key markets including Miami, New York, Los Angeles and Houston. Margolis says that this fall, Payless will introduce Wi-Fi hotspots for children learning remotely who do not have access to broadband Internet, and will also offer a school lunch program for students in need. Payless will offer them shoes as well, to help them students “back on their feet,” during this difficult time.

Louisville police have spent more than $90,000 on security for officers in Breonna Taylor shooting

Mon Aug 17 , 2020
LOUISVILLE, Ky. — Homemade wanted posters picture their faces. Signs hoisted at rallies call them murderers. Petitions and checklists online demand their arrest, prosecution and imprisonment. As Breonna Taylor has become a household name in recent months, so, too, have the names of the three Louisville Metro Police officers involved in […] 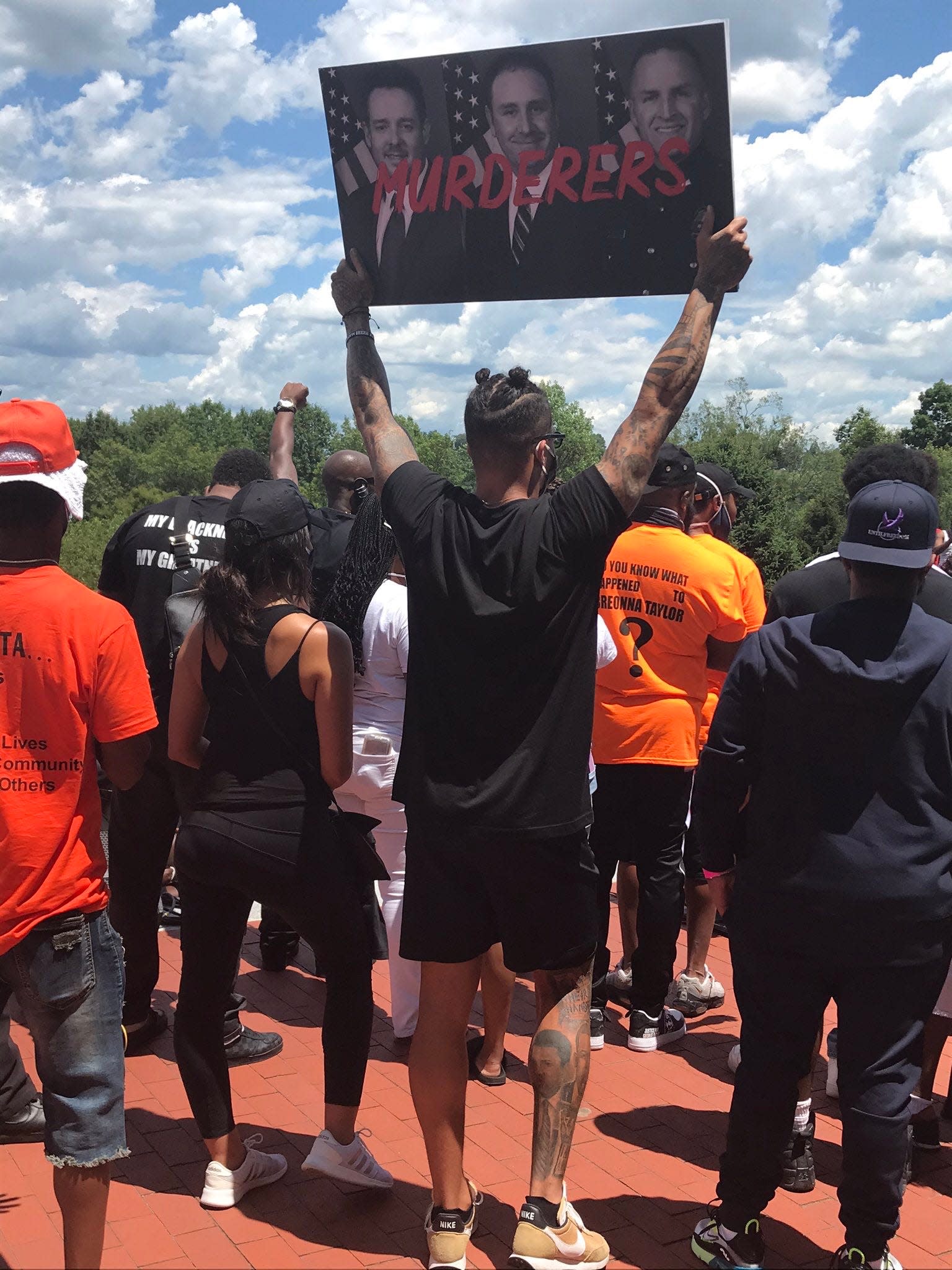