Amid reports that the Centers for Disease Control and Prevention is telling some health officials around the country to be ready to start distributing a coronavirus vaccine by November, the chairman and CEO of Pfizer said Thursday that the company may have an effective vaccine by the end of October. […]

Amid reports that the Centers for Disease Control and Prevention is telling some health officials around the country to be ready to start distributing a coronavirus vaccine by November, the chairman and CEO of Pfizer said Thursday that the company may have an effective vaccine by the end of October.

Meanwhile, higher education continues to grapple with the impact of the ongoing coronavirus pandemic.

At the University of Georgia, nearly 800 students tested positive for COVID-19 or reported positive tests last week, the first full week of classes, and the university has set aside or rented nearly 500 rooms on and off campus for students in quarantine or isolation. Iowa State University on Wednesday reversed its decision to allow 25,000 fans to its home-opening football game, and 30 out of 40 Greek houses at Indiana University-Bloomington were asked to quarantine after a spike in cases.

Some universities, however, are staying the course. University of South Carolina officials said they had no plans of shutting down campus even after reporting more than 1,000 confirmed cases among students.

📈 Today’s numbers: A USA TODAY analysis of Johns Hopkins data through late Wednesday shows three states – Minnesota, South Dakota and West Virginia – set records for new cases in a week while two states – Arkansas and West Virginia – had a record number of deaths in a week. The U.S. has 6.1 million confirmed cases and over 185,000 deaths. Globally, there are 26 million cases and more than 863,000 people have died.

📰 What we’re reading: Operation Quack Hack, the federal government’s initiative to clamp down on fake coronavirus medications and cures, has exposed a health underground in America brimming with distrust not only of mainstream medicine but the government itself. Read more here.

Pfizer says it may have an effective vaccine by October

The chairman and CEO of Pfizer said Thursday that the company may have an effective coronavirus vaccine by the end of October.

“We may be able to say the product is safe and efficacious in the October time frame and submit immediately for approval and authorization,” Dr. Albert Bourla told the International Federation of Pharmaceutical Manufacturers and Associations in a virtual meeting.

Bourla said the U.S.-based company, which is developing its vaccine in partnership with German biotechnology company BioNTech, has enrolled 23,000 participants in its Phase 3 clinical trial and aims to enroll 30,000 total. A “significant number” of participants have already started getting the second dose of the experimental vaccine, Bourla said.

The Centers for Disease Control and Prevention, meanwhile, he agency has told some state health officials to prepare to distribute the vaccine “in the near future.”

“Sexual health is an important part of our overall health. However, sex can be complicated in the time of COVID-19, especially for those without an intimate partner in their household or whose sexual partner is at higher risk for COVID-19,” Tam said in a statement.

Among the measures that Tam suggested Canadians take to avoid their risk: Wearing a mask if they do have sex and avoiding kissing. “The most important step is to establish a trusting relationship with your sexual partner,” Tam added.

More than 833,000 Americans sought unemployment assistance last week as parts of the economy remained shuttered because of COVID-19 and millions of out-of-work people have gone more than a month without the additional $600 in jobless aid.

About 833,352 Americans filed first-time applications for unemployment insurance during the week ending Aug. 29, the Labor Department said Thursday, a 7,591 rise from the prior week and slightly more than the 825,000 expected by economists at J.P. Morgan. Those figures are based on non-seasonally adjusted figures.

Florida’s largest school district has been plagued with outages and cyberattacks as it reopens virtually amid the pandemic.

Students and teachers in recent days have both reported they can’t access the online platform used by Miami-Dade County schools, the Miami Herald reported. Moreover, Ron Steiger, the district’s chief financial officer, said Wednesday that a $15.3 million contract with the online platform at the center of the crisis was missing the signature of Superintendent Alberto Carvalho.

Between COVID-19 and layoffs, schools may not have enough teachers to get through the year

It’s more and more likely the nation won’t have enough teachers to staff schools even once reopening is safe amid the public health and economic crises caused by the pandemic, experts say.

A potential exodus of older educators susceptible to the coronavirus and those with existing health problems may fuel already high turnover.

Many substitutes also may quit. Now, new restrictions on foreign visas will make it harder for some states to import teachers from other countries to work in already hard-to-staff positions.

And for those teachers willing to return to the classroom – whether virtually or in person – pink slips may be coming later this year as state tax revenue are decimated and budgets slashed.

Pandemic fear, uncertainty likely to hold back economy for decades

A new study suggests the COVID-19 pandemic has generated fears that are likely to dampen risk-taking and economic output for decades.

The crisis has increased the “perceived probability of an extreme, negative shock in the future,” and over time, the economic cost of that warier outlook is “many times larger” than the short-term damage, the study says.

The study, released at the Federal Reserve Bank of Kansas City’s annual conference last week, attempts to quantify such long-term economic losses by assessing the toll taken by other economic upheavals, such as the Great Recession of 2007-09.

University of South Carolina reports over 1K cases, doesn’t plan to shut down

More than 1,000 students at the University of South Carolina have tested positive for COVID-19, according to the university’s dashboard. But President Robert Caslen on Wednesday said he has no plans of shutting down the school, The State newspaper reported.

“We do not have any plans to close,” Caslen said during a virtual town hall. “The last thing I want to do is take this university, shut it down and dump the problem on the city of Columbia. I prefer to work through this if I can.”

One way school officials plan to do so is by testing more students. “We want to find them, we want to take care of them and we want to get them back into the classroom,” he said.

Meanwhile, other universities are pausing their in-person reopening plans as cases spike on their campuses. Here is the latest:

Dwayne “The Rock” Johnson took to Instagram on Wednesday for a candid announcement: He, his wife and two young daughters all tested positive for COVID-19.

“My wife Lauren, as well as my two baby girls and myself – we have all tested positive for COVID-19,” the actor shared in a video. “I can tell you that this has been one of the most challenging and difficult things that we have ever had to endure as a family and for me personally. … And I’ve gone through some doozies in the past.”

Johnson, 48, added that he wishes it was only him who contracted the virus.

The action star assured followers that he and his family are “on the other end” of the virus.

United Airlines said Wednesday that it plans to furlough 16,370 employees in October, down from an earlier target of 36,000 after thousands of workers took early retirement, buyouts or long-term leaves of absence with the industry facing a slow recovery from the coronavirus pandemic.

Airline officials said the final number could come down further before Oct. 1, when a prohibition on furloughs ends. They said the furloughs would be postponed if Washington approves another $25 billion to help passenger airlines cover payroll costs.

Flight attendants will bear the brunt of the cuts: 6,920 are getting furlough notices. About 2,850 pilots, 2,010 maintenance workers and 1,400 management and support staff would also lose their jobs. The level of cuts, however, is 55% lower than the number of layoff warnings that United sent to employees in July.

The first COVID-19 death associated with a massive biker rally in Sturgis, South Dakota, has been reported weeks after the event attracted more than 400,000 vehicles and drew widespread concern from public health officials.

The death was reported by Minnesota Department of Health Infectious Disease Director Kris Ehresmann at a Wednesday briefing. Minnesota – South Dakota’s neighbor to the east – is tracking an ongoing outbreak of 50 cases tied to the August event, Ehresmann said. That outbreak only includes people who attended the event.

A Minnesota man who died was in his 60s and had underlying health conditions.  The rally went forward despite fears it could become a super-spread event

In your inbox: Stay up-to-date with the latest news on the coronavirus pandemic from the USA TODAY Network. Sign up for the daily Coronavirus Watch newsletter.

Tips for coping: Every Saturday and Tuesday we’ll be in your inbox, offering you a virtual hug and a little bit of solace in these difficult times. Sign up for Staying Apart, Together.

What Silicon Valley still doesn't understand about its diversity problem

Thu Sep 3 , 2020
While recent conversations around racial equality in the U.S. have been somewhat of a wake-up call for employers to look inward, tech giants face even more scrutiny for lagging behind others on diversity and inclusion even as they wield more power. Only 1.7% of Facebook’s (FB) technical roles are held […] 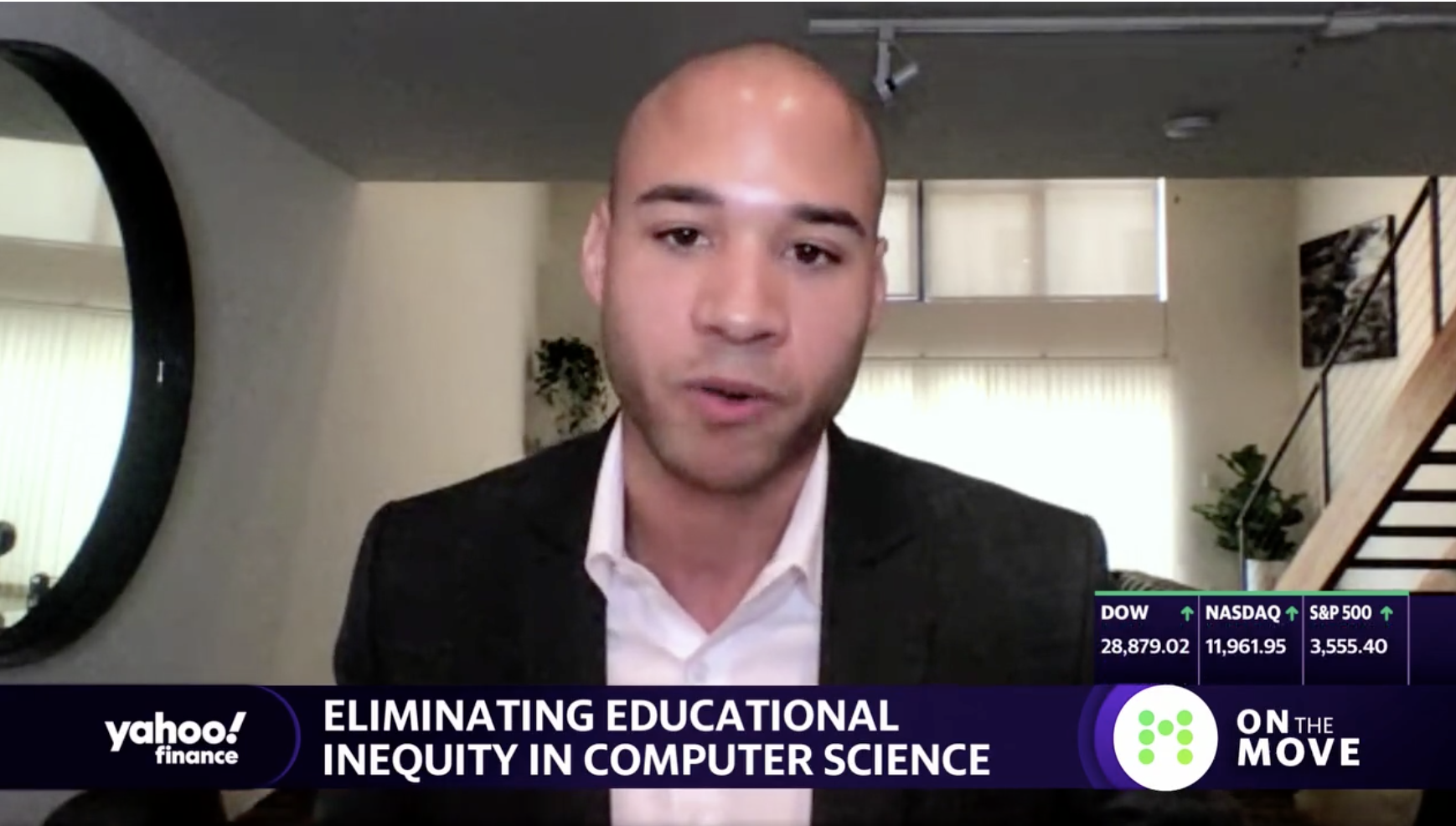