Another, 1954 Egyptian transgender comedy “Miss Hanafi,” underscores the wealth of discoveries offered by Heritage Online, a digital database and screening room collating details of classic film catalogs from all over the world, facilitating the work of buyers, especially VOD platforms in search of rights holders to heritage titles.

Heritage Online fully launches on Saturday with the distribution to its subscribers of a newsletter in which companies detail their offer on the website, plus a panel on heritage film distribution.

Aimed at “establishing a loop between the heritage industry and streaming platforms” by clarifying rights ownership, the site launches with film-by-film details of about 20 classic film catalogs and a screening room with around 45 titles, says Markus Duffner, Heritage Online program manager and co-founder of VOD platform spamflix.com. The site will remain open to subscribers year-round.

Directed by Joe Cornerford, and a special mention winner at 1982’s Locarno Festival, “Traveller,” an offbeat thriller with political undertones, tracks a young Irish Traveller couple whose smuggling trip from Limerick to Strabane spirals into robbery and murder. The movie is showcased on Heritage Online by the British Film Institute.

The film that launched Coté’s career as an international filmmaker, winning the Golden Leopard in Locarno’s 2005 video section (“I was a nobody in 2005,” Coté says) “Drifting States” has been restored by Elephant, the Quebec-state-backed fund focused on the rediscovery, preservation and restoration of French Canadian film history.

The film was released on various VOD platforms in Canada on Aug. 6, with Heritage Online hosting the restoration’s international premiere.

“Hopefully some online platforms could be interested. I’m just very happy that this very low budget film, made in MiniDV back in the days is now upgraded to HD – new look, new DCP, new facelift,” Coté told Variety.

The past is not such a foreign country. Decades ago, isolated filmmakers were already exploring sexual diversity, for example. Some of their films look to have withstood the test of time. Presented by Mexico’s Imcine, Ripstein’s “The Place Without Limits,” about a homosexual brothel madame terrorized and infatuated by a macho truck driver, is “one of the greatest jewels of Mexican cinema – I think everybody would agree on that – a film that challenged [conservative] morality of that time,” says Imcine’s Fernanda Rio.

Written and produced by Galil al-Bendari, directed by Fatin Abdel Wahab, and presented at Locarno by the Arab Cinema Center, 1954 Egyptian comedy “Miss Hanafi” turns on a man who is subjected to an urgent sex-change operation, becoming Miss Hanafi. His two former male friends now compete for Hanafi’s love and hand in marriage.

Further HO titles take in lesser-known or still little-seen movies from high-profile auteurs, such as “The Terrorizers,” the third feature from Edward Yang, a cryptic four-story tale of urban unease, crime and final violence from one of the leading lights of the modern Taiwanese cinema.

Intramovies will feature two early titles from Italy’s Nanni Moretti, including 1984 mystery-comedy “Bianca,” which first teamed the director-actor with Laura Morante before their 2001 Cannes Palme d’Or collaboration, “The Son’s Room.”

Other titles made a splash in their time, such as Ivorian Coast director Roger Gnoan M’Bala’s “Au Nom de Christ,” a satire of African religious cults co-produced by Switzerland’s Amka Films that won best film at the 1993 Fespaco Film Festival.

A new tool for the classic film industry, Heritage Online also suggests that the classic film business is still growing. Much of that expansion is now taking place outside its established centers of the U.S. and France, in such territories as Latin America, the Arab world and Eastern Europe.

“Miss Hanafi” is sourced from the Arab Radio and Television (ART) library presented at Locarno by the Arab Cinema Center, whose partner, Mad Solutions, has struck recent big catalog deals with both ART and pan-Arab multinational Rotana.

Highlights of the latter include 1971’s “Chitchat on the Nile,” based on the novel by Egyptian Nobel Laureate Naguib Mahfouz.

Mexican film institute Imcine is also ramping up its digitization and restoration program, its 27-title Locarno lineup featuring six Arturo Ripstein titles including another gem, “The Castle of Purity,” 1983’s “Bajo la Metralleta,” from Felipe Casals, a director admired by Alfonso Cuarón; and “The Passion of Berenice,” a chilling drama thriller now being digitized from Jaime Humberto Hermosillo, who died on Jan. 13.

Knowing the international demand for titles serves as a thermometer to know what to restore, says Imcine’s Jannike Curuchet.

The large question, to be debated at a round-table moderated by Variety’s Nick Vivarelli, is whether the advent of a swathe of new VOD platforms can also represent any kind of substantial returns for classic film rights holders.

Sat Aug 8 , 2020
Getty Timothy Dalton has a laugh like a pantomime villain. Rich, deep and playfully thespy, it booms from our Zoom chat as his press team asks me to pivot my camera away from a nice blank wall towards a pile of unwashed laundry, to improve the lighting. The laughter erupts […] 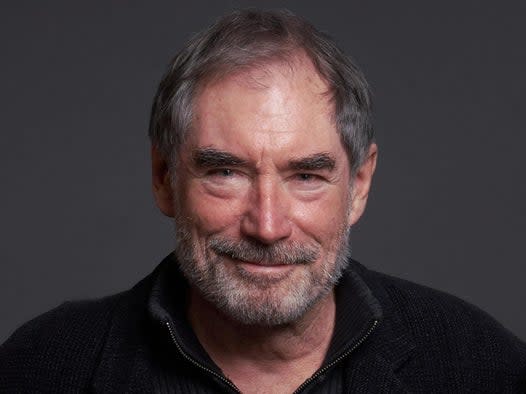