(GETTY) The cannabis sector is tearing pages from the playbooks of technology titans during COVID-19, deploying ideas inspired by Amazon (AMZN) and Uber Eats (UBER) to reshape how consumers buy pot. The pandemic spurred a flurry of innovation as governments locked down brick-and-mortar cannabis stores in an effort to stop […]

The cannabis sector is tearing pages from the playbooks of technology titans during COVID-19, deploying ideas inspired by Amazon (AMZN) and Uber Eats (UBER) to reshape how consumers buy pot.

The pandemic spurred a flurry of innovation as governments locked down brick-and-mortar cannabis stores in an effort to stop the spread of the virus. In Ontario, private retailers fast-tracked new online sales channels temporarily opened up by the province, allowing them to stay in business after stores were ordered closed between April 5 and the first phase of conditional reopening on May 19.

Many within the industry want the Ford government to make the concessions granted to weather the virus permanent. Prior to COVID-19, legal online sales in Ontario were the exclusive domain of the province-run Ontario Cannabis Store.

While it’s unclear if the window of digital opportunity will remain open for private shops once state of emergency orders are lifted, the cannabis sector is used to forging ahead amid regulatory uncertainty.

Jeremy Potvin had a colourful career before turning his business ambitions towards cannabis. The Toronto-based entrepreneur spent 20 years in apparel, working for Levi’s, Parasuco jeans and Paul Frank (Remember the clothes with the cartoon monkey?). He eventually shifted to startups and app development, creating a workplace scheduling solution called Shifthub. According to his LinkedIn profile, he also founded a lifestyle brand for dogs.

With recreational legalization on the horizon in 2017, he started seeing opportunities in cannabis. Potvin worked with Tokyo Smoke, now a retail arm of Canopy Growth (WEED.TO)(CGC), while launching a cannabis accessories store and lifestyle brand called Weedbox.

When COVID-19 hit Ontario in spring, he found himself stuck on the sidelines, awaiting licences to open up a handful of cannabis retail stores around the province. He saw a way in when Ontario passed an emergency order on April 7 allowing retailers to temporarily sell through click-and-collect and delivery. Two weeks later, Weedbox’s new subsidiary dubbed TokeText was born.

Customers sign up with their phone number, address and credit card to receive curated texts about cannabis products. If they like what they see, they text back how many pre-rolled joints or infused beverages they want. The customer is then matched with a local pot shop with the right inventory to process the transaction, and complete the delivery and ID check. TokeText pockets a 10 per cent fee.

The company doesn’t have an app, and avoids legal restrictions on delivery by relying on CannSell accredited pot shop employees to fulfill the orders. It’s not quite the Uber Eats of cannabis, but the comparison isn’t far off.

“I went and talked to a lot of restaurants when I was figuring out what should be charging,” Potvin said. “I asked [which app] treats you guys the best. They said DoorDash. I asked what they charge. They said 10 per cent.”

He admits the concept was also inspired in large part by WineText, a nearly identical U.S.-based website.

TokeText is still in its pilot stage, with subscriber numbers in the “low hundreds.” The service is partnered with a cannabis store in Burlington, Ont. that delivers to Greater Toronto Area customers in a rented car.

Potvin said he’s in talks to sign up 10 additional stores, and expects more will follow as owners discover the platform’s ability to casually introduce consumers to new products for a marginal fee.

“Every store pretty much has access to the same product. So it will be easy to deploy offers across 1,000 stores in multiple provinces,” Potvin said.

Seth Rogen’s Houseplant grapefruit weed drink recently launched by Canopy is a big seller these days, he added, with many customers requesting the five can maximum order when they reply via text.

“Forget a Shopify site, forget clicking and adding to a cart. The day you sign up with us is the last time you see a checkout cart. We want to go straight from product discovery on your phone, to delivery.”

If ecommerce is becomes a fixture for private pot retailers in Ontario, Potvin said the thought crossed his mind to abandon his brick-and-mortar ambitions in favour of a lower-cost digital-only model. For now though, he sees value in efficient physical store concepts designed for fast service and social distancing.

Meanwhile, cannabis retail chain Fire & Flower (FAF.TO) is touting its similarities to Amazon as both a retailer and digital service provider rolled into one.

The Edmonton-based company sells a version of its Hifyre retail and analytics platform, in addition to operating 46 stores across five provinces and the Yukon.

“Well before legalization we carefully examined what retailers were succeeding in the age of Amazon,” chief executive officer Trevor Fencott told analysts on a conference call after Fire & Flower reported first quarter financial results on Tuesday.

“Retailers that we observed that tried to bolt on a digital strategy, or sort of pivot digitally, generally didn’t seem to fare well in the Amazon environment.”

Fencott links the data-driven customer insights provided by the suite of tools to higher sales and more in-store visits. He predicts strong demand from the growing number of independent pot shop owners.

“If you aggregated all the [cannabis store] chains in Alberta, you still don’t get to 50 per cent of the total licences out there,” he said. “There are a lot of Mom and Pops that need this kind of functionality to be competitive.”

Download the Yahoo Finance app, available for Apple and Android.

How to share your Kindle books in 2 different ways 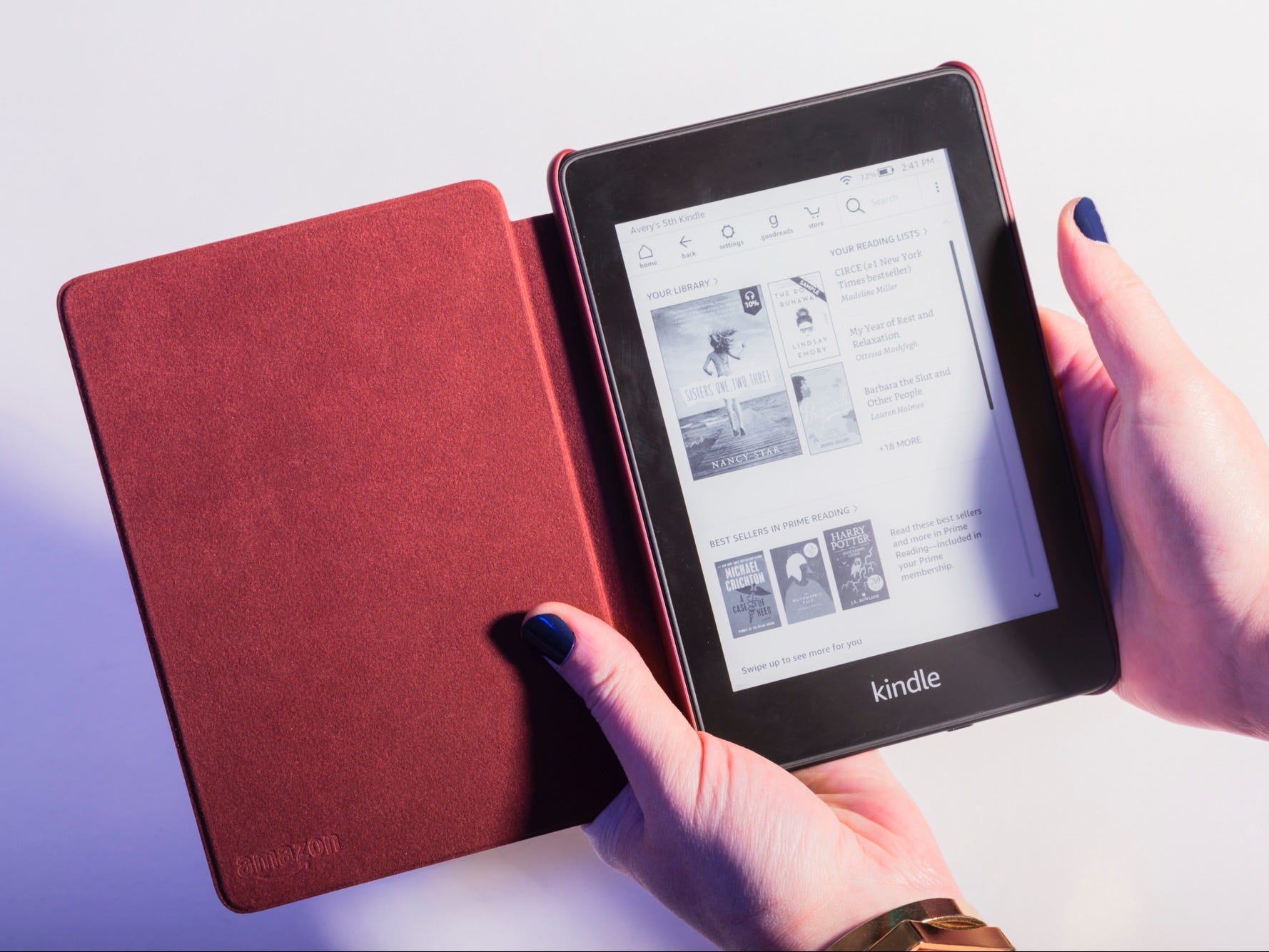