PHOTO | BRIAN HAMILTON FOUNDATION Starter U founder Brian Hamilton (in the black sweater) meets with incarcerated residents of the Mecklenburg County Detention Center during a February meeting. Starter U is a free online entrepreneur course that’s part of the Inmates to Entrepreneurs program. Starting a new […]

Starting a new business is intimidating, to say the least.

Aspiring entrepreneurs may worry about how much money they need to raise to get started or how to get the right experience to make their business succeed.

But ask Toccara King, an inmate at the Mecklenburg County Jail, whether she’s ready to start a business once she’s released, and she’ll answer with a resounding yes.

Her confidence is thanks to a new program that was introduced to the Mecklenburg County Jail earlier this month: Starter U.

The free, online entrepreneurship course is part of the Brian Hamilton Foundation’s Inmates to Entrepreneurs program. Thanks to a partnership with GTL, one of the largest technology providers to prisons in the country, the course is now on mobile tablets and available for inmates to take.

King recently took the course – along with pages and pages of notes.

“It gave a lot of information that was really easy to comprehend but very informative,” she said.

Starter U is already in more than 2,400 correctional facilities. So far this year, it has a 78% graduation rate.

The goal of the course is to show people that it doesn’t take a ton of money or experience to start a business.

King said she appreciated that the course addressed pros and cons of entrepreneurship in a realistic way.

“It gave such a breakdown of how to start your own business,” said King, who wants to start a food truck franchise upon her release.

Brian Hamilton, the founder of the Brian Hamilton Foundation and its sister organization Inmates to Entrepreneurs, started the organization in the hopes of reducing the rate of recidivism in the country by offering another way to gain financial stability and success.

Hamilton recalled that when he started Inmates to Entrepreneurs with the Rev. Robert J. Harris in 1992, it was obvious people with criminal backgrounds were having a hard time finding jobs.

“Rather than trying to get a job, go make your own job and start your own business,” Hamilton said. “That was just a great solution to me.”
Starter U was created so inmates could get a head start on that front.

“There’s a dire need for training people who are in prison so that when they get out, they can be productive members of society,” Hamilton said.

According to the North Carolina Justice Center’s NC Second Chance Alliance, 92% of employers run criminal background checks on prospective employees. Applicants with criminal records are 50% less likely to get a call back.

And according to Hope Marshall, program manager of the Mecklenburg County Re-Entry Services program, the three-year recidivism rate for the county is around 70%.

Re-Entry Services connects the formerly incarcerated to resources that can help them reintegrate into society, including housing, medical, dental, transportation and vocational training.

Marshall said recidivism rate decreases if people are connected to programs like the Inmates to Entrepreneurs program. As long as the discipline is there, Marshall argues, entrepreneurship is a smart option.

“Entrepreneurship is a good route for people that have a pretty extensive criminal history simply because they can sometimes make their own route,” she said. “They can be their own boss.”

And even if those who go through the program don’t become entrepreneurs, Marshall said the course is still useful.

“It’s definitely a win whether they go on to be their own boss or not. They can still get transferrable skills out of it,” she said.

The RAND Corporation, a research organization that focuses on public policy, found that inmates who take part in correctional education programs had a 43% lower chance of returning to prison.

Hamilton plans to expand the program across North America.

“I want to make sure that this gets everywhere,” he said, adding that Starter U and other Inmates to Entrepreneurs programs are ideal for those with criminal charges on their records, not just people who have been incarcerated.

Lacosta Torrence, another inmate at the Mecklenburg detention center, said he couldn’t help but take notes while going through the Starter U course.
“It teaches you how to be proactive and be a calculated risk-taker,” he said.

Torrence said he already thought of himself as a risk-taker, so why not start his own T-shirt company.

“I can’t wait to, upon my release, try it out and go ahead and take that risk,” he said.

Fri Dec 25 , 2020
Text size Drew Angerer/Getty Images This article is an excerpt from Barron’s 10 favorite stocks for 2021. To see the full list, click here. Alphabet is recovering nicely from a pandemic-related hit to advertising earlier this year. Revenue was up 15% in the third quarter, and it stands to benefit […] 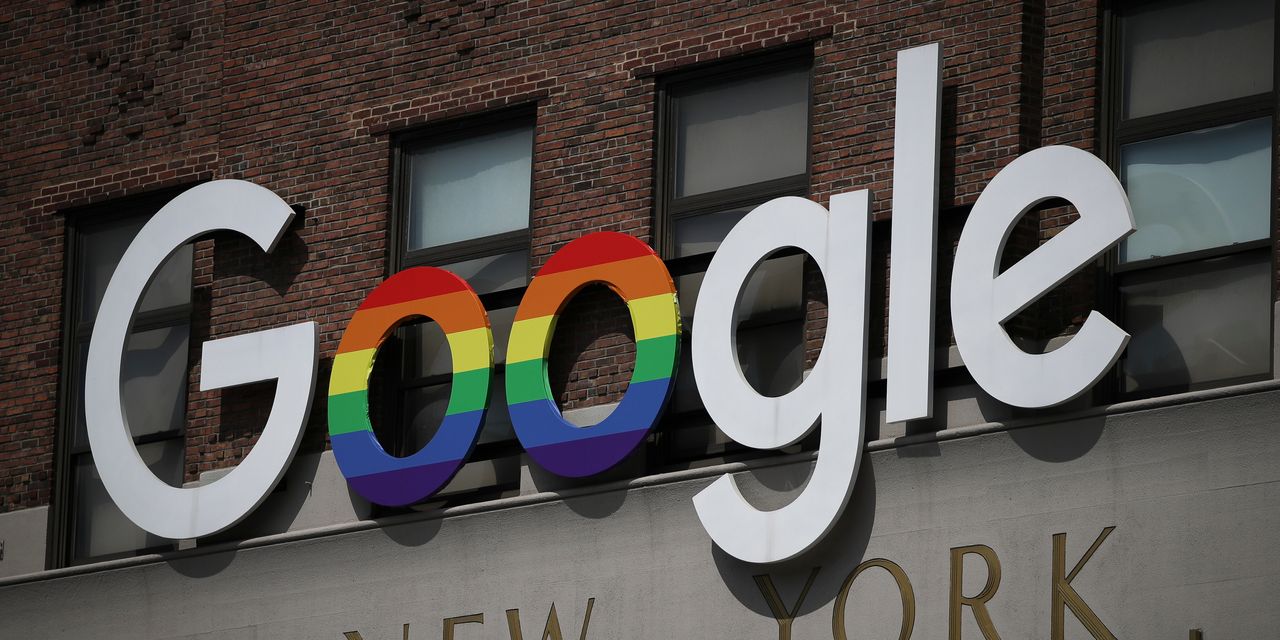