The pandemic spawned several oddities of human behavior: toilet paper and sourdough starter kits flew off the shelves, and for whatever reason, so did shares of car-rental company, Hertz. The latter, in particular, garnered wide-spread disbelief. Why in the world would investors bet on a company that had just filed […]

The pandemic spawned several oddities of human behavior: toilet paper and sourdough starter kits flew off the shelves, and for whatever reason, so did shares of car-rental company, Hertz. The latter, in particular, garnered wide-spread disbelief. Why in the world would investors bet on a company that had just filed for bankruptcy, a move that would likely make its shares worthless?

Pundits largely attributed the dynamic to amateur retail traders, including customers of Robinhood, who willingly played a game of hot potato in order to get rich quick even at the risk of catching the stock on its way down.

Should investors have been able to make the trade? In the opinion of Scott Galloway, there should have at least been more guardrails. On Tuesday, Public, a social stock trading app that recently put in more speed bumps in its app, said Galloway had made a seven figure investment in the company, boosting the company’s total funding up to $32 million compared the last announced $24 million figure in March. Public declined to give a specific figure on Galloway’s investment or specify its valuation, though CEO Leif Abraham says it represents an uptick valuation-wise compared to its most recent Series B round.

Galloway, known well for blunt and opinionated commentary on the tech industry, says he grew concerned that Robinhood had become “casino-like” and gamified, encouraging newer investors to trade when they had little knowledge of the markets. Confetti, for instance, would flit across the screen when a trade was completed. His worries only grew after retail traders bid up the price of Hertz, and a Robinhood trader, Alex Kearns, committed suicide thinking he had accrued a large debt by making a complex trade.

“I think online trading is a wonderful thing,” says Galloway, who previously sold his brand-research firm L2 to Gartner for $155 million in 2017, when asked about Robinhood late Monday. “But I think there is a larger metaphor here which is, if you think about big tech, it always starts out good. But then they start prioritizing scaling and shareholders over everything else. In the case of Robinhood, they put effectively put an 130 mph supercars in the hands of learners.”

It led to his investment in Public, which launched in September and has also raised funding from Accel and Greycroft.

Robinhood, for its part, has disputed that its platform is addictive, with a spokesperson saying: “It’s important to distinguish between the accessible, modern design of Robinhood and so-called gamification.”

While Public, a newer entrant, first billed itself as a way for users to make and share stock trades while following other users, it also publicized its decision to also halt the trading of Hertz shares after the company sought to raise millions in equity during its bankruptcy filing earlier this year.

It was the Hertz situation that kicked off a project to introduce “safety labels” within the company. A more risky, “micro-cap” stock based on Securities and Exchange Commission guidelines (a company with under $300 million in market cap) for instance would be labeled as such with a caution sign in Public’s app. Users hoping to buy a share of Hertz would also be directed to a pop up requiring that they slide slide and confirm that they plan to buys stock in a company undergoing restructuring.

“Most of these investors have little to no investing experience,” said Public CEO Leif Abraham. “So we believe we have a responsibility to not only accessibility… but also to putting the right safeguards in place.”

Though it doesn’t mean all risk is off.

In June, 20-year-old Robinhood trader Kearns committed suicide after his account mistakenly showed significant losses as a result of buying shares of companies through complex derivatives. Robinhood shortly thereafter pledged to change is platform, and reconsider the eligibility of users who planned to use more advanced trading strategies that involved debt—though it didn’t stop lawmakers from questioning whether the platform should have invoked more protections for users that had little experience investing.

Abraham says that Public too plans to introduce margin trading, or trading with borrowed funding, at some point in the future. However it plans to limit such trades to those who have shown a certain level of expertise given their past behavior on the app.

Public’s entrance comes as other brokerages have soared amid the pandemic: Robinhood has raised multiple times, pushing its valuation to $11.2 billion as consumers stuck indoors have embraced stock trading. Public says revenue has not necessarily grown explosively, though it has risen steadily by 160% quarter after quarter since September, according to Leif. He also notes that “we saw a lot more engagement during the pandemic.”

A change in opinion

In October, as WeWork was facing criticism over its initial public offering filing, Galloway wrote a post listing a number of overvalued unicorns he predicted could face an even more dramatic fall with valuations dropping more than 80%. WeWork was among the list, but so was Robinhood. At the time, Galloway noted, that all stock-brokerages including the largest were racing to zero-commissions, thereby eliminating a key differentiator between the competitors.

Fortune asked Galloway about the line of thought: After all, Public too is running on a zero-commission model, with revenue coming in part by routing orders to certain exchanges—so could it not too be disrupted as it plans to disrupt the existing titans? The professor was not shy about admitting being off the mark on Robinhood.

“I was wrong,” he said, pointing out that Robinhood had raised several times this year alone—though he notes that the risks of being in the highly competitive brokerage market still loom even for Public. “I get a lot of companies wrong, and it is hard to be right. So there is the risk that anyone could come in, and there is not guarantee.”

Tue Aug 25 , 2020
In mid-August, Simon Property Group in a joint venture agreed to buy Brooks Brothers and Lucky Brand Jeans out of bankruptcy for $325 million and $140.1 million, respectively.  COVID-19 pushing retail changes: Can shopping malls survive the coronavirus pandemic and a new slate of permanent store closings? “It’s kind of like when […] 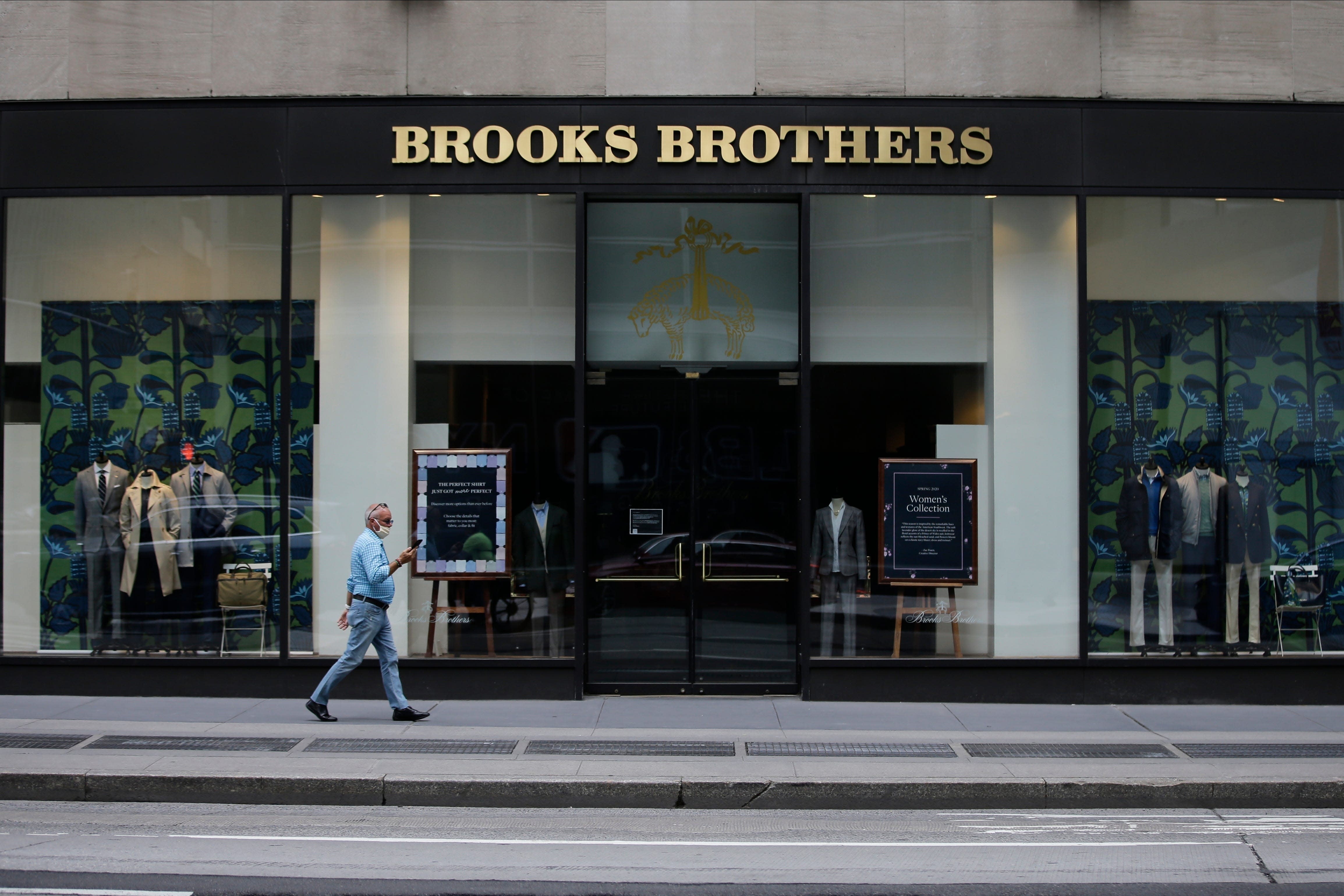