Raiders cornerback Nevin Lawson is entering his seventh season in the NFL, his second with the team and his first in Las Vegas. The number he cares about most? Wins, like now. “I want to be a part of something special,” Lawson said of the franchise, in a new home […]

Raiders cornerback Nevin Lawson is entering his seventh season in the NFL, his second with the team and his first in Las Vegas.

The number he cares about most? Wins, like now.

“I want to be a part of something special,” Lawson said of the franchise, in a new home for 2020 with a revamped roster and trying to end its streak of consecutive losing seasons at three. “At the end of the day, whatever my role is, I’ll always accept that role and be the best that role (allows).

“I really feel good about our new additions, not just the draft picks but also the other veteran guys we added to our defense and offense.”

“I think they’re going to be great additions to this team,” he said. “There are a lot of high expectations on those young guys, but I feel like that’s something we needed. I felt good about everyone that our general manager Mike Mayock and coach Jon Gruden picked.”

He’s especially excited about Ruggs, having seen what he can do when he played at Alabama.

“I know he can be a game-changer with that speed alone,” he said. “Just hearing and watching. … I feel like he doesn’t want to be known as a speed guy. He wants to be known as a great wide receiver. I definitely feel he can be that.”

While Lawson and his teammates are expected to arrive in Las Vegas in the next week or so (NFL camps are set to open July 28), it was Zoom meet-ups at first for the team.

The coronavirus pandemic shut down in-person organized team activities and mini-camp, so the Raiders had to settle for seeing one another online.

Lawson said the biggest challenge this offseason was “not competing and being on the field with my teammates,” but having Zoom did provide at least one benefit.

“The thing with Zoom is you’re up close and personal,” he said. “To be honest, it’s more intimate as far as us being able to look at each other on the screen and hear each other. When one person is talking, it’s that one person that is on the screen.”

Once the regular season begins, Lawson will have to serve a one-game suspension for using his helmet as a weapon in the 2019 season finale against the Denver Broncos.

Zoom sessions have been mixed in with time spent with family and friends.

There also has been continued community outreach through his foundation as well as group efforts, celebrating student achievement, first responders, and front-line nurses and doctors battling COVID-19.

▪ As part of a partnership, Lawson helped provide lunch and cases of water and masks to firefighters in the Florida cities of Margate, Pompano Beach and Coconut Creek.

▪ He combined with fellow NFL players to provide 60 college-bound teenagers with $100 gift cards as part of the Urban League Decision Day celebrations.

▪ And in April, Lawson and Raiders teammate Trayvon Mullen partnered with Chick-fil-A to provide meals for the Emergency Room COVID-19 response teams in the four major hospitals of Florida’s Broward County.

“I feel like it’s important for me to give back,” he said. “Not only to just give back, but I also want to give back where I’m from. I just feel it’s very important and I wanted to do that ever since I was a kid. I told myself once I get a chance to be where I want to be I want to make sure I give back.”

Lawson said he enjoys giving speeches to youths and always is eager to take their questions.

One of those questions, in particular, continues to resonate.

“The hardest question I got asked was, ‘What if I don’t have anyone positive around me?’” he recalled. “I was like, ‘Wow.’ That’s tough. She said she doesn’t have anybody positive that she can go to or people to help her or encourage her.

“The only thing I told her is, ‘If you don’t have anybody positive that can help you, just hit me on Twitter and I’ll do the best that I can to encourage and motivate you and give you advice that you need.’

“I enjoy helping other people.”

Sat Jul 25 , 2020
The Sacramento Ballet has canceled its performances for the 2020-21 season and announced its artistic director will be leaving her job, as the coronavirus pandemic continues to impact the local arts community. The Ballet canceled its upcoming season because of “public health concerns and the widespread economic impact” of COVID-19 […] 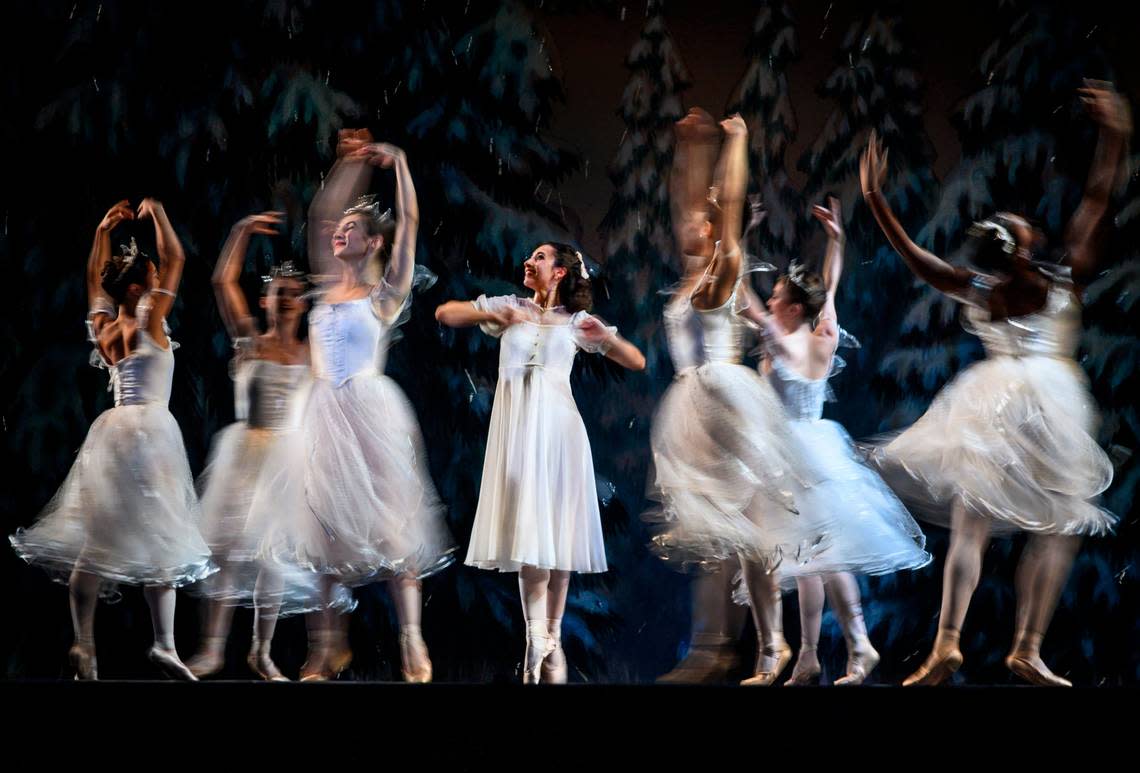