Tom Brittney stars in Make Me Famous – BBC With the pandemic putting an enforced pause on our TV reality franchises, let’s hope broadcasters are using the time to assess the mental health crisis that has engulfed the genre, turning it from trashy guilty pleasure to downright dangerous.  In the wake […]

With the pandemic putting an enforced pause on our TV reality franchises, let’s hope broadcasters are using the time to assess the mental health crisis that has engulfed the genre, turning it from trashy guilty pleasure to downright dangerous.

In the wake of two Love Island contestants, Sophie Gradon and Mike Thalassitis, and the show’s host Caroline Flack all dying by suicide within two years, justifiable concerns have been raised about the impact of fast fame and social media bullying – not to mention the levels of psychological screening and after-care provided by producers.

Make Me Famous (BBC Three) was a timely one-off drama exploring this issue. Written by Reggie Yates – the radio and TV presenter, documentary-maker and actor – it didn’t entirely work but was admirable in its intent and compelling nonetheless. Rather like the reality shows it portrayed, in fact.

Grantchester star Tom Brittney slipped out of his crime-cracking clerical collar to star as Billy, a laddish 24-year-old recruitment worker who dreamed of bigger things. When he successfully auditioned for a sex-in-the-sun contest called Love or Lust (any resemblance to Love Island was entirely deliberate), Billy was convinced his life was going to change forever. Just not in the way it turned out.

Rejoining him a year after the cameras stopped rolling, Billy initially seemed to be living the high life. He’d bought a glassy riverside apartment with the money made from personal appearances, endorsement deals and sponsored social media posts. Women were throwing themselves at his feet. Men were buying him drinks and drugs. Everyone loved his bad boy persona and cheeky “bantz”.

However, we soon came to realise it was just that: a persona. The nightclub gigs were joyless and soul-destroying. His flat was full of cardboard boxes of protein powder and other random products to promote. A new crop of younger, fresher faces were starting to steal his limelight. Billy’s celebrity shelf life was rapidly expiring and his sexual conquests were leaving fake tan stains on his bed sheets.

Billy found himself struggling to cope with his fading fame. Online trolls and tabloid kiss ’n’ tells twisted the knife. Strangers began to make cruel assumptions about his character, forcing his deep insecurities to the surface. We witnessed him unravelling, as the negative attention took a toll on his mental health.

Told to “just be yourself”, he’d lost grip on who that was. Could Billy build a new life – or even return to his old one? Would he ever escape the reputation that now preceded him? As his incessant notifications went “ding!”, invariably bringing bad news, I found myself shouting at the TV for Billy to put his phone away. Or at least switch it to silent.

Reggie Yates was a friend of Caroline Flack’s and an introductory caption made clear that although the events depicted were fictional, they were based on interviews with those who’ve made and appeared in reality TV. Much of the incidental detail had the ring of truth: the constant demands for selfies, the treadmill of promotional tweets with the right hashtags, the blithe assumption that you’d been on TV so must now be rich.

The script didn’t lay blame at any one door. The show’s producers (played by Line of Duty’s Aiysha Hart and Killing Eve’s Nina Sosanya) were manipulative, sure. So were the agents and brand managers keen to cash in. The public wanted a piece of Billy, then ruthlessly turned on him. Pressure came from all directions, including within. The problem wasn’t one aspect of the process, it was the entire entertainment machine and a generation whose self-esteem is built on their phone screens.

Brittney skilfully captured the vulnerabilities beneath Billy’s cocky bravado. The excellent Amanda Abbington was underused as his doting mother. But jumping between two timelines wasn’t always successful and often felt like a gimmick. There were flashes of inelegant writing and the ending felt like a cop-out. No spoilers but I wonder if the BBC balked at the harder-hitting option.

BBC Three has carved out a strong reputation for single dramas tackling social issues that affect young audiences: about domestic violence, debt, honour killings and bullying. This one won’t win any Baftas, like several of those did, but still made its point powerfully – and in the multi-talented Yates, it might just have discovered a new dramatic voice with genuine potential.

‘It’s a bigger tent’: Trump expands his political cabinet to revive his 2020 prospects

Wed Jun 17 , 2020
In late night phone calls, Oval Office meetings and informal conversations with outside advisers, Trump, Kushner and Parscale have discussed ways to revamp the president’s campaign and map out a narrow path to victory this fall. Last month, for instance, Rove was invited to the White House to join the […] 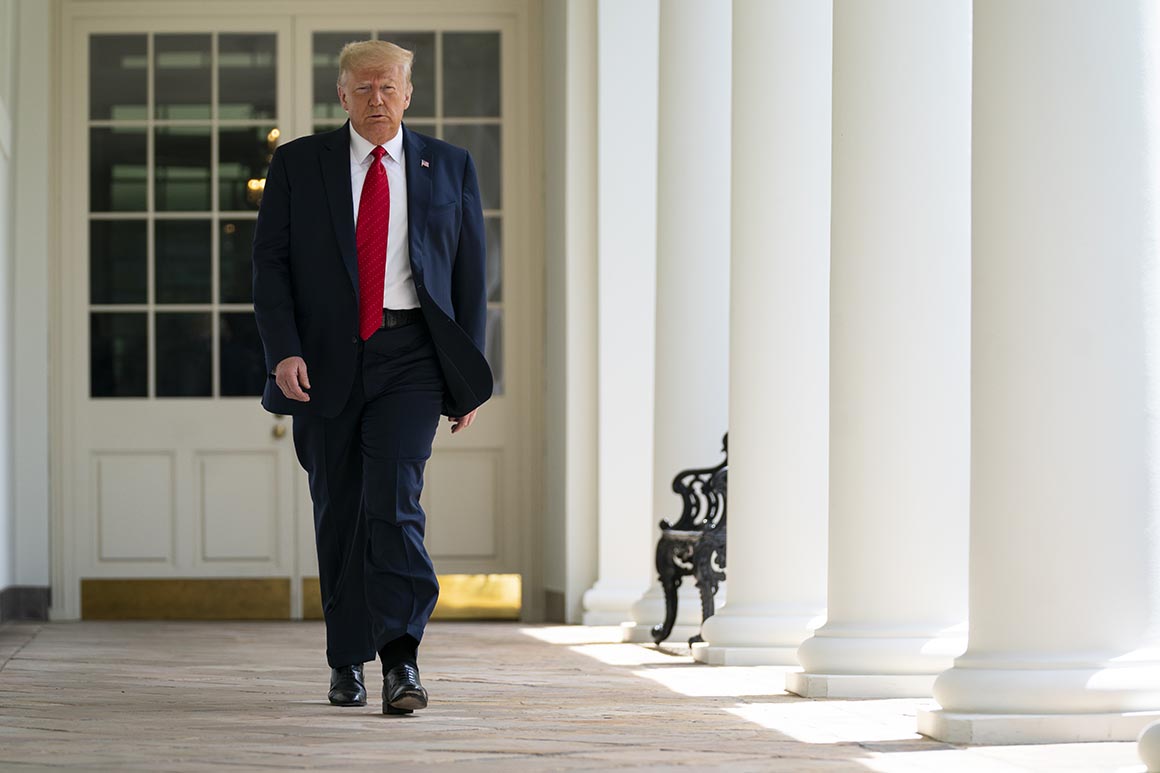