Jon Ossoff and Raphael Warnock are the Democrats on the ballot in the Georgia runoff elections on Jan. 5 that will decide control of the U.S. Senate — but if Republicans have their way, Senate Minority Leader Chuck Schumer will, in the minds of the voters, be on the ballot, too.  Making […]

Jon Ossoff and Raphael Warnock are the Democrats on the ballot in the Georgia runoff elections on Jan. 5 that will decide control of the U.S. Senate — but if Republicans have their way, Senate Minority Leader Chuck Schumer will, in the minds of the voters, be on the ballot, too.

Making the election about Schumer, D-N.Y., was likely to be their strategy all along, especially if control of the Senate was at stake in the runoffs. But the minority leader handed Sens. Kelly Loeffler and David Perdue, both Georgia Republicans, what they and others on the right consider a gift with comments he made in the streets of New York City over the weekend, reveling with the crowds celebrating President-elect Joe Biden’s victory over President Trump.

The comment was clipped almost immediately into an online ad by the National Republican Senatorial Committee (NRSC). Loeffler and Perdue have harped on the quote relentlessly this week, with Loeffler referencing it in a rally with Sen. Marco Rubio, R-Fla., on Wednesday.

“You may have heard, ‘Now we take Georgia, then we change America,'” Loeffler said. “Chuck Schumer, Nancy Pelosi, you’re not going to take Georgia, it’s ours.”

“Everything is on the line in Georgia,” Casey Black, the senior spokeswoman for the Perdue campaign, added Thursday. “A vote for Jon Ossoff is a vote to hand total control of Congress to Chuck Schumer and Nancy Pelosi… Georgia Republicans know exactly what’s at stake – the future direction of our country – and they’re fired up to re-elect David Perdue and Kelly Loeffler and defend the Senate majority.”

This comes as the Democratic candidates are also acknowledging the stakes of the race — whether Schumer or current Senate Majority Leader Mitch McConnell, R-Ky., are able to control the Senate agenda come 2021.

“Democratic Senate control means that we are able to strengthen and build on the Affordable Care Act and deliver COVID relief for Georgians,” one Ossoff campaign adviser told Fox News. “That’s what Jon is hearing from Georgians, that they’re sick and tired of Washington dysfunction and they want Washington to get back to work for them.”

“What’s most important … is the stakes… We know that Mitch McConnell will do everything in his power to destroy the incoming administration,” Ossoff said in comments reported Thursday morning by The Hill. “To obstruct their every effort, purely for partisan reasons. And the last thing we need at a moment of deep crisis is partisan gridlock in Washington. We need President-elect Biden and Vice President-elect Harris to be able to govern to get us out of this mess and then to build upon the rubble of what’s been destroyed these last four years.”

“Mitch McConnell and his dark money donors will spend an unprecedented amount of money on this race, so we’re going to need a grassroots army to fight back,” Warnock said in a Wednesday night fundraising plea on Twitter.

Sen. Kelly Loeffler (Left) and Raphael Warnock (Right) are in a run-off election for Georgia’s U.S. Senate seat that could decide the body’s agenda for the coming two years. (AP)

Republican Sen. Rick Scott, R-Fla., meanwhile, is airing ads in Georgia through a political action committee that he controls, which plays the Schumer comments before Scott lays out what he claims to be the stakes of the election.

And conservative radio host Hugh Hewitt, a prominent supporter of McConnell, has committed to playing the Schumer clip on his radio show three times a day until the Jan. 5 runoff. “Because it would be broadcasting malpractice not to,” Hewitt said in a tweet Wednesday.

The stakes of Senate control next year may be a little bit lower if Democrats are unable to get more than 50 total seats, which would allow Vice President-elect Kamala Harris to break ties on 50-50 votes. That’s because moderate Sen. Joe Manchin, D-W.V., made clear this week that he will not vote with the more liberal wing of his party on major structural changes like eliminating the Senate filibuster or packing the Supreme Court.

But with a nevertheless ambitious legislative agenda from Biden, Senate control will still likely matter on issues like Biden’s proposal for a public health insurance addition to the Affordable Care Act (ACA), Cabinet appointments, rolling back the 2017 Trump tax cuts and more.

Trump himself joined in on the amplification of the Schumer quote on Thursday morning, retweeting a flurry of posts from Perdue, Georgia Republican Gov. Brian Kemp and others that either quoted the Schumer comment or referenced it.

Sen. David Perdue (Right) and Jon Ossoff (Left) are in a run-off election for Georgia’s U.S. Senate seat that could decide the body’s agenda for the coming two years. (AP/Facebook)

LIVE UPDATES: CONTROL OF THE SENATE WILL HINGE ON JANUARY RUNOFF RACES IN GEORGIA

The battle over whether Schumer or McConnell will be the majority leader next year has not completely taken over the Georgia race. The Perdue campaign has hammered Ossoff with attacks on financial ties between his media company and a Chinese government-owned firm. Ossoff has shot back with attacks on Perdue’s lack of public appearances, and by tying Perdue to the lawsuit by Republican states aimed at overturning the ACA which was argued in the Supreme Court this week.

Loeffler has slammed Warnock over ties to the controversial Rev. Jeremiah Wright, who has a history of anti-Semitic comments.

“Warnock celebrated anti-American hatred,” a Loeffler ad levels, before playing an old clip of Warnock saying “Jeremiah Wright is doing what he should do, he is a preacher and a prophet.”

The Warnock campaign, meanwhile, responded that those attacks from Loeffler are “the lowest of the low.”

“These ads are misleading and say a lot about Kelly Loeffler. One would think the Senator would have something good to say about herself but instead she’s resorting to the lowest of the low attacks to try and salvage her campaign,” Warnock campaign Communications Director Terrence Clark said in a statement.

But it isn’t the flaws of individual candidates that have the potential to make these two runoffs some of the most expensive two months of non-presidential politics in American history. Nor are they the reasons that a bevy of boldface national political voices are going to descend on Georgia in that time.

This includes Scott, who will be showing up in person for Loeffler and Perdue on Friday, and former Democratic presidential candidate Pete Buttigieg, who will attend in a virtual event for Warnock on Thursday.

Rep. Alexandria Ocasio-Cortez, D-N.Y., has also raised money online for the race. Senate Judiciary Committee Chairman Lindsey Graham, R-S.C., said on “Fox & Friends” Thursday that he will transfer $1 million from his campaign to those of Loeffler and Perdue. And Trump and former President Barack Obama are both expected to show up in Georgia in the coming two months.

“This is Georgia’s decision to make. But it’s America that will live with the consequences of the decisions that they make here,” Rubio said Wednesday.

Whiskey Is No Longer ‘a Man’s Drink’

Thu Nov 12 , 2020
Since the dawn of whiskey-drinking, the beloved brown spirit has been heralded as a “man’s drink.” But the world is changing in more ways than one these days, and the consumption of spirits is a part of that. With women representing almost 30 percent of whiskey drinkers in the U.S. […] 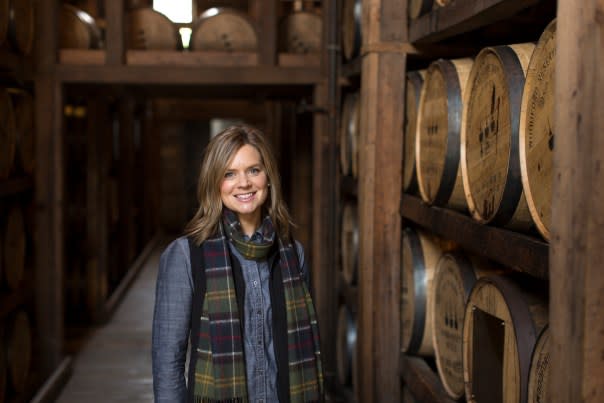