With millions of workers returning to their jobs amid a still-raging coronavirus pandemic, the top Republican priority for the next big coronavirus bill is preventing them from suing their employers if they get sick. Senate Majority Leader Mitch McConnell (R-Ky.) said Monday that his “number one” policy for a bill […]

With millions of workers returning to their jobs amid a still-raging coronavirus pandemic, the top Republican priority for the next big coronavirus bill is preventing them from suing their employers if they get sick.

Senate Majority Leader Mitch McConnell (R-Ky.) said Monday that his “number one” policy for a bill sometime this month is to block “an epidemic of lawsuits” against businesses, schools and health care providers from employees, customers, students and patients.

“Unless you were grossly negligent or intentionally engaging in harmful conduct, you should be protected from liability during this process,” McConnell said at an event in Kentucky, claiming there has been a surge of lawsuits relating to the pandemic.

“There’s an army of trial lawyers out there ready to take advantage of the situation,” McConnel said. “We cannot get back to normal if we have an epidemic of lawsuits.”

McConnell’s push to shield businesses from liability claims comes as Congress debates whether to continue expanded unemployment benefits that are set to expire at the end of the month, setting up a deadline for the next major piece of legislation ― and a huge contrast between Democratic and Republican priorities. Democrats and labor groups are particularly worried what a liability shield could mean for workers facing dangerous conditions.

So far, the Trump administration has pretty much left it to employers to police themselves during the pandemic; the Occupational Safety and Health Administration has issued only one coronavirus-related citation against an employer. Giving employers broad immunity in courts would make it even harder for employees to hold companies to account for flouting safety and social-distancing guidelines.

Labor groups and lawyers warned that blocking lawsuits would prevent workers from bringing dangerous conditions to light at a time of unprecedented workplace hazards.

“We’re talking about people who have experienced the worst crises in their lives due to these companies’ inaction,” said David Muraskin, an attorney for the Public Justice Food Project, which brought a high-profile lawsuit against the meatpacker Smithfield Foods. “The notion that the government will go out of its way to make sure those employers have less of a fear of lawsuits when they should be protecting employees is just unbelievable.”

McConnell and other Republicans have cast pandemic lawsuits as an obstacle to reopening the economy, saying employers and schools will be too afraid to resume business if they might get sued. But worker advocates say the fears are overblown, noting the already high bar for proving in court that an employer has been negligent or a public nuisance. Besides, most workplace safety cases are already funneled through the workers’ compensation system rather than courts.

A COVID-19 complaint tracker from the law firm Hunton Andrews Kurth shows more than 3,000 lawsuits related to the virus since March. Of those, only 263 involved labor and employment issues. More than 260 cases, meanwhile, appear to have been filed by businesses and other groups against government closure orders and “nonessential” designations, and another 225 were consumer claims.

Nearly 3 million Americans have tested positive for COVID-19, the disease caused by the coronavirus, and more than 130,000 have died.

The lawsuit brought by Muraskin’s group on behalf of Smithfield workers was dismissed by a judge, though the workers have filed a request that the decision be reconsidered. Workers at the Milan, Missouri, plant say the company failed to protect them from coronavirus, providing them with insufficient protective equipment and requiring them to work shoulder to shoulder. Muraskin said he knows of only a handful of wrongful death suits in the entire meatpacking industry related to the pandemic.

If Republicans successfully limit COVID-19 lawsuits, it would continue a trend of workers losing legal recourse against employers. In recent years the Supreme Court has chipped away at the power of class-action lawsuits while giving companies the green light to force workers into arbitration. The National Employment Law Project estimates that nearly two-thirds of workers earning less than $13 per hour must go through arbitration rather than bring a workplace claim in court.

Rebecca Dixon, the Employment Law Project’s executive director, testified before a Senate committee in May against the idea of granting employers immunity related to coronavirus, saying “the courthouse doors have already been slammed shut” for many workers.

“Broad grants of immunity for unsafe conditions won’t just hurt workers, but they will further hinder any meaningful economic recovery because they will fail to stop the spread of disease and destroy consumer confidence,” Dixon told the Judiciary Committee.

Kevin Smartt, the CEO of Kwik Chek Convenience Stores, testified that his Texas-based chain has been proactive and conscientious about the pandemic and shouldn’t get blamed for coronavirus infections when it can be impossible to know for sure where someone contracts the virus.

“It would be unfair to subject businesses like mine, which have undertaken wide-ranging health and safety measures, to expend resources defending against claims that we are the source of someone’s infection,” Smartt said.

A blanket preemption of state liability laws would likely be unconstitutional, get  challenged in court, and wind up being useless to businesses until judges can sort it out, said David Vladeck of Georgetown University Law Center.

In addition to liability protection, McConnell said he wanted the next coronavirus bill to focus on getting kids back in schools this fall, as well as “jobs and health care,” though he did not elaborate on those priorities. McConnell also suggested he could support another round of direct payments to lower-income households.

House Minority Leader Kevin McCarthy (R-Calif.) argued in a USA Today op-ed on Tuesday that reopening schools will require “providing liability protections against frivolous lawsuits.” McCarthy did not mention the possibility of actually helping schools make sure they can open in a way that keeps kids safe, such as by providing extra space.

Randi Weingarten, president of the American Federation of Teachers, said the GOP liability plan would ”callously transfer virus risk from institutions to workers and students.” In a statement to HuffPost, the union leader said lawmakers should be focused on providing more funding for safe reopenings, rather than working to shield employers and school districts from liability. She criticized the Trump administration for not providing enough guidance or money to help schools facing large budget shortfalls.

“As a result, the responsibility has shifted to states, individual schools and educators themselves,” Weingarten said. “The bottom line is that a safe reopening is going to require more money, not less.”

Sen. Ron Wyden (D-Ore.) blasted McConnell for omitting a continuation of increased unemployment insurance from his priorities for the next coronavirus bill. In March, Congress boosted unemployment insurance by $600 per week, an unprecedented increase that Republicans have howled about from the start. Economists have credited the extra money with helping prop up the virus-addled economy, but the boost expires at the end of the month.

“Under no circumstances should Congress consider legislation that tells unemployed workers to go pound sand while shielding Leader McConnell’s donors from accountability for putting their workers’ health at risk,” Wyden said.

Tue Jul 7 , 2020
The coronavirus pandemic has hit companies from almost all sectors across the globe. Since the virus outbreak in mid-March, there has hardly been any business sector that has not had to bear the brunt of the crisis. In fact, of all the sectors that have been adversely impacted, the retail […] 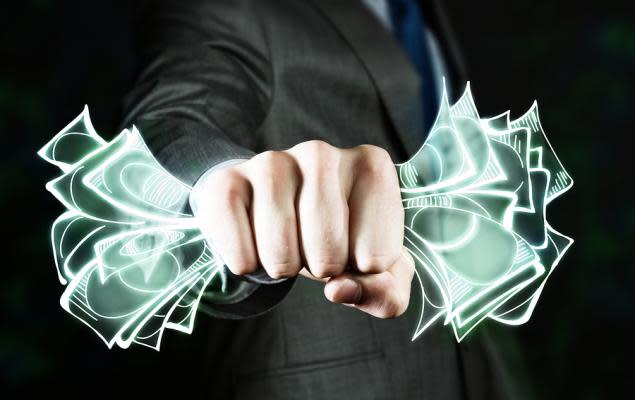