My grandson was staring at the screen on his laptop when I interrupted and asked how he liked online school? His answer broke my heart. “I don’t. It’s boring.” He missed the personal association with his peers, direct contact with the teacher, school activities and more. All of these were […]

My grandson was staring at the screen on his laptop when I interrupted and asked how he liked online school? His answer broke my heart.

He missed the personal association with his peers, direct contact with the teacher, school activities and more. All of these were unavailable online.

Turns out, all of the things he misses about school were the reasons why school was insufferable to me, and why I would be overjoyed at the chance to stay home.

We’re different people. My grandson is talented, intelligent, cooperative and eager to please. I’m not. The best I can manage is a low level of cunning, a penchant for pissing people off, and nary a cooperative bone in my body.

It’s bad now. It was worse when I was a kid. Today they call it attention deficit hyperactivity disorder. They have medication for it. Back in the day, it was known as “being a little #$*” and the remedy was corporal punishment.

Once, I brought a jar of polliwogs to fourth grade. I was in the middle of showing them when Mrs. Natzee (not her real name) butted in to blowhole how the little tadpoles would eventually become frogs, and contribute to the chain of life by….

Fishing out a small black olive I had previously put in the jar, I popped it into my mouth and began chewing.

“Not if you eat ’em first,” I announced.

Mrs. N and a few of the girls bolted from the room, dry heaving. The custodian and another teacher came in and dragged me to the principal’s office.

The tadpoles were dumped into a toilet and flushed, never to become frogs. Since I had planned to sell them door to door, this prompted an outburst from me that caused the secretary to leave the room.

The Old Man had to come and get me. On the way home, he seemed more weary than angry. He kept saying, “I don’t know how you even think this stuff up?”

Hell if I know. There’s just this place in my head that starts to glow when it seems like people are taking themselves too seriously. Then again, maybe it’s a form of evil.

Unlike my grandson, I would be celebrating not having to attend school. During my formative school years, classes were small enough that just about any kid in the room could be reached with a yardstick.

By the third grade, I was a known troublemaker. Teachers argued to keep me out of their classes. I could not, for the life of me, pay attention to people I considered about as interesting as mold.

Since online schooling wouldn’t be available for another 50-plus years, the only alternative was for me to argue that I should be sent to another school.

Unlike my grandson, I probably would have done better in school if online teaching had been available during my childhood. Not only might the curriculum have been better tailored to the needs of a kid like me, but also I wouldn’t have been able to disrupt the class or make the teachers mad.

More to the point, the only authorities I feared — Mom and the Old Man — would have been closer at hand. And at least they would have let me keep the frogs.

How To Avoid Black Friday Scams In Smyrna

Fri Nov 20 , 2020
SMYRNA, GA —Holiday shoppers in Smyrna and across America are gearing up for another busy winter season; but before jumping on Black Friday and Cyber Monday deals, it’s important to be aware of common scams that resurface at this time of year. Scammers have been busy all year, taking advantage […] 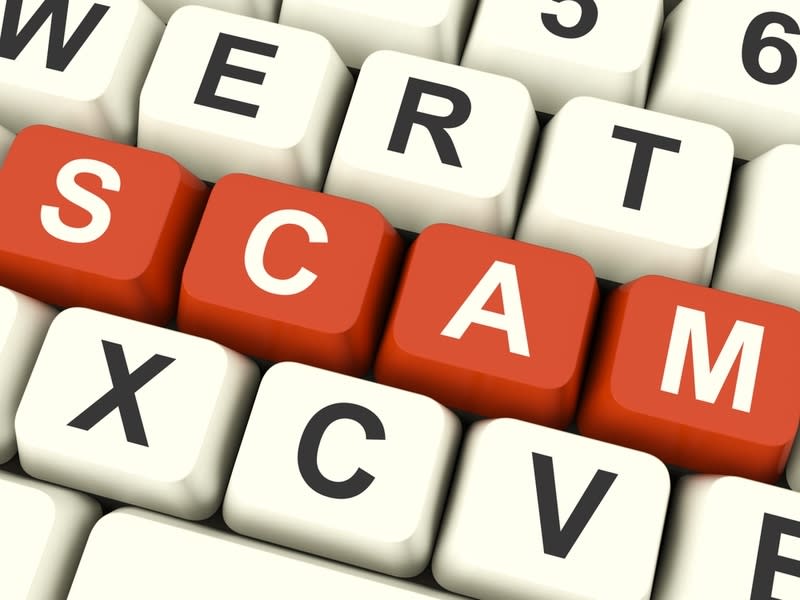