(Bloomberg) — Roku Inc. shares were on pace for a record Thursday after the biggest U.S. streaming-TV provider agreed to carry AT&T Inc.’s HBO Max, resolving a long impasse that kept the video service from reaching a wider audience.

The agreement announced Wednesday lets AT&T potentially reach millions of new subscribers who couldn’t previously access HBO Max via the Roku boxes they use to stream to their living-room TVs. Terms weren’t disclosed.

On Christmas Day, the superhero sequel “Wonder Woman 1984” from AT&T’s Warner Bros. will premiere on HBO Max on the same day as in theaters. That heightened the stakes for both HBO Max and Roku. The debut will be the biggest moment yet for HBO Max, a bet that a blockbuster film can boost subscribers at a time when the pandemic has shut down many theaters.

Without the deal, HBO Max would have missed an opportunity to use the excitement around the film premiere to sign up more Roku users. About 12.6 million subscribers have activated HBO Max accounts since the service launched in late May. Roku has about 46 million active accounts, which the companies said Wednesday reach about 100 million individuals. Roku is also a powerful marketer, using its home screen to advertise upcoming movies.

Laura Martin, a media analyst at Needham & Co., estimated that getting its app on Roku would double the addressable market for HBO Max.

Roku, meanwhile, risked losing customers who might have switched to another streaming device, like Amazon Fire TV, to watch “Wonder Woman” and 17 other Warner Bros. movies that will premiere on HBO Max next year.

Not reaching a deal didn’t make sense, Martin said before the pact was announced: “Either they both win or they both lose.”

“A distribution agreement with WarnerMedia’s HBO Max should help Roku increase its account base past consensus’ 50 million by year-end… In addition, Roku’s platform segment may significantly benefit from the deal next year when HBO Max offers an advertising-supported pricing tier.”

As part of the deal, Roku agreed not to sell HBO Max subscriptions through its Roku Channel, which WarnerMedia executives had resisted because it would have deprived them of seeing valuable user data, according to a person familiar with the matter. In turn, WarnerMedia agreed to give Roku a cut of the advertising inventory in an upcoming ad-supported version of HBO Max, the person said.

The fight over HBO Max was one of many that Roku has waged recently as its customer base grows and it tries to generate more revenue from selling ads inside streaming apps. In September, Comcast Corp.’s NBCUniversal reached a deal to have its Peacock streaming service carried on Roku after a monthslong dispute over sharing ad sales. This week, Roku blocked new downloads of Charter Communications Inc.’s Spectrum TV app from Roku’s online store.

Roku was the biggest outlet with which HBO Max lacked a deal, but WarnerMedia also hustled to make other distribution pacts ahead of the “Wonder Woman” debut. This week, it announced HBO Max would be available on Comcast’s Xfinity TV and streaming boxes and Sony Corp.’s PlayStation 5 gaming console.

Thu Dec 17 , 2020
Indirect questions yield a somewhat different story, however. A 2015 Healthline survey revealed that more than 18 percent of people say they are very stressed during the holidays, and another nearly 44 percent say they are somewhat stressed. Similarly, a 2006 survey by Greenberg Quinlan Rosner Research, a polling firm, […] 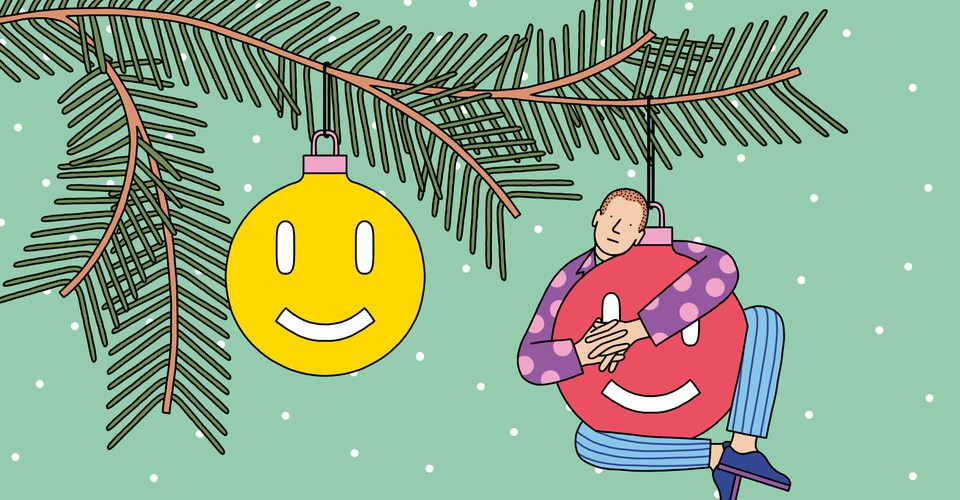