Shares in Samsung Electronics Co Ltd and its affiliates rose on Monday after the death a day earlier of Chairman Lee Kun-hee raised investor hopes of a restructuring and stake sales, analysts said. Investors were betting that such measures would be needed for his heirs to pay a hefty inheritance […]

Shares in Samsung Electronics Co Ltd and its affiliates rose on Monday after the death a day earlier of Chairman Lee Kun-hee raised investor hopes of a restructuring and stake sales, analysts said.

Investors were betting that such measures would be needed for his heirs to pay a hefty inheritance tax, estimated at about 10 trillion won ($8.9bn) for stock holdings alone, although analysts were divided on which moves the group would make.

Shares in Samsung C&T – a sprawling conglomerate involved in businesses ranging from construction to trading and holiday resorts – and Samsung Life Insurance rose as much as 21.2 percent and 15.7 percent respectively, while Samsung BioLogics, Samsung SDS – a global software solutions and IT services company – and Samsung Engineering also rose.

“The inheritance tax is outrageous, so family members might have no choice but to sell stakes in some non-core firms” such as Samsung Life, said NH Investment Securities analyst Kim Dong-yang.

Lee died on Sunday with his family by his side, the company said in a statement, without mentioning the cause of death. His family will hold a private funeral. He had been hospitalised since a heart attack in 2014 and was treated for lung cancer in the late 1990s.

Investors have long anticipated a shake-up in the event of Lee’s death, hoping for gains from any restructuring to strengthen de facto holding company Samsung C&T’s control of crown jewel Samsung Electronics. Analysts say one such move could involve Samsung C&T buying an affiliate’s stake in the tech giant.

The younger Lee is undergoing two separate trials over suspected accounting fraud and stock price manipulation connected to a 2015 merger and concerning his role in a bribery scandal that triggered the impeachment of former South Korean President Park Geun-hye. He has repeatedly denied any wrongdoing.

“At this point, it is difficult to expect when Samsung Group will kick off with a restructuring process as Jay Y Lee is still facing trials, making it difficult for the group’s management to begin organisational changes,” KB Securities analyst Jeong Dong-ik said.

The late chairman was the wealthiest stock owner in South Korea. His holdings included 4.18 percent of Samsung Electronics common shares and 0.08 percent of its preferred shares – which carry no board voting rights but whose holders would be paid out before common shareholders in the event of a liquidation. Together, the stakes are worth about 15 trillion won ($13.3bn).

Samsung, the maker of the Galaxy line of smartphones, has been riding a COVID-era boom in online activity despite the legal clashes. The company also supplies semiconductors for Google’s data centres and Apple Inc’s iPhone, and is the world’s most advanced maker of displays for TVs, computers and mobile devices.

Lee Kun-hee built the company into the electronics powerhouse of today, becoming synonymous with the rise of South Korea on a global economic stage.

Named one of the world’s 100 most influential people by Time magazine in 2005, Lee began overhauling Samsung Electronics after he saw the company’s products gathering dust in a Los Angeles electronics store, according to The Lee Kun Hee Story, a 2010 biography by Lee Kyung-sik. The Suwon, South Korea-based company had become known for cheap, low-quality electronics gear and was in the “second phase of cancer”, sending out 6,000 people to fix products made by 30,000 employees, Lee said in 1993, according to the biography.

The company’s makeover started that year when Lee gathered top executives in Germany and laid out a plan, known as the Frankfurt Declaration, to transform Samsung from a second-tier television maker into an industry leader. The company’s new mission: create high-quality products, even if it meant lower sales.

Samsung Electronics became the world’s top maker of computer memory chips in 1992, the same year it became the first to develop 64-megabyte DRAM chips, according to the company.

After the Frankfurt Declaration, Lee required employees to arrive at work at 7am instead of their usual 8:30am start, so they could “soak up reform in their slumber”, according to the biography.

In 1995, he assembled 2,000 workers to watch him make a bonfire out of 150,000 mobile phones, fax machines and other company products that failed to meet his quality standards.

In 2010, Samsung introduced the Galaxy-branded smartphone running Alphabet Inc’s Android software, which helped it pass Apple as the world’s biggest smartphone maker in 2011 in terms of units sold. By introducing the Galaxy Note in 2011, Samsung created a new product niche known as the phablet, a smartphone-tablet hybrid.

Covid drove us to share a home but what are council tax implications?

Mon Oct 26 , 2020
Photograph: Owen Humphreys/PA Q My partner and I each have a house of our own and while we originally split our time between the two, we gradually started spending a little more time at one rather than the other. During the coronavirus lockdown we chose to stay in just one […] 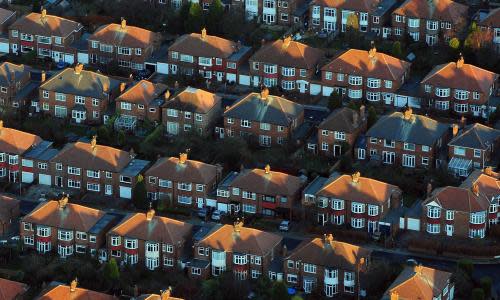