(Bloomberg) — Germany plans significant new borrowing next year to fuel the recovery of Europe’s largest economy from the fallout of the coronavirus and may continue to rely on debt spending in the future. The pandemic will put pressure on Germany’s finances next year, Finance Minister Olaf Scholz said Tuesday […]

(Bloomberg) — Germany plans significant new borrowing next year to fuel the recovery of Europe’s largest economy from the fallout of the coronavirus and may continue to rely on debt spending in the future.

The pandemic will put pressure on Germany’s finances next year, Finance Minister Olaf Scholz said Tuesday at a Bloomberg online event. He indicated that the country could make broader use of borrowing limits in the coming years.

When asked about a return to a strict balanced-budget policy, he pointed out the Germany has leeway to raise debt under its constitution. The position appears to be in line with one of his deputy’s, who suggested on Monday that a balanced budget “isn’t obligatory” amid Germany’s efforts to bolster its economy and invest in digital and environmental technologies.

Because of spending to shore up the economy, Germany won’t be within borrowing limits “this year or next year,” said Scholz, who is preparing the government’s 2021 budget. “But we want to go back to that situation as early as possible.”

Germany’s constitutional debt brake obliges the government to keep debt under control. In good times, the rule allows for a structural deficit of 0.35% of gross domestic product. In times of recession, new borrowing can go up in proportion with the economic decline.

To counter the fallout from the pandemic, Chancellor Angela Merkel’s government abandoned its balanced-budget policy and is set to increase new borrowing by about 218 billion euros ($258 billion) this year, equivalent to more than 6% of the economy. A deficit of more than 80 billion euros is planned for next year, people familiar with the matter have said.

Germany lowered its debt-to-GDP ratio to 60% “just before this crisis started,” giving it room to borrow now, Scholz said. “So, it’s absolutely reasonable to think that we’ll be back on 60% some time with the growth of our economy.”

Germany’s stimulus plans, which include a temporary reduction in value-added tax and a bonus for families, has helped shore up domestic demand and reduce the severity of the blow from the pandemic.

Scholz will host his European Union counterparts in Berlin later this week to discuss implementation of the 750 billion-euro recovery package, which sets the stage for large-scale joint borrowing for the first time.

“If we take on joint debt, secondly decide to pay it back and thirdly develop our own resources for the EU, this is creating a fiscal union which will be more successful than it is today,” he said. “This is something like a Hamilton moment,” referring to the public borrowing agreement that helped propel U.S. into unified nation.

“This is the start of a fiscal union in a way, a better union in the end,” Scholz said.

The country is preparing for a political transition, and Scholz aims to play a key role, campaigning for chancellor for the Social Democrats in next year’s election. While his party is currently polling in third place behind Merkel’s Christian Democrat-led bloc and the Greens, he has the most government experience of any potential contenders.

The Wirecard AG collapse risks overshadowing his push to succeed Merkel, who plans to step down after running Germany for 16 years. German lawmakers intend to investigate the scandal, which will put pressure on Scholz to account for the government’s failure to pursue warnings about the electronic payments company.

The scandal shows that Germany needs more rotation among corporate auditors, he said.

Germany, which holds the six-month EU presidency through the end of 2020, wants to make a push on banking union. At a Bloomberg conference last November, Scholz signaled that the government is prepared to introduce a pan-European deposit protection scheme — known as EDIS — to finalize the banking union, but little progress has been made since.

He reaffirmed on Tuesday his call for a more integrated financial system within the bloc, and said strict banking reforms were wise and shouldn’t be reversed.

(Updates with comments from Scholz)

Tue Sep 8 , 2020
(Bloomberg Opinion) — New York City, the epicenter of the coronavirus pandemic last spring, and the largest public school district planning to begin at least some in-person instruction, has botched its reopening plans for the fall. Its mistakes are a cautionary tale for school systems across the U.S. that are […] 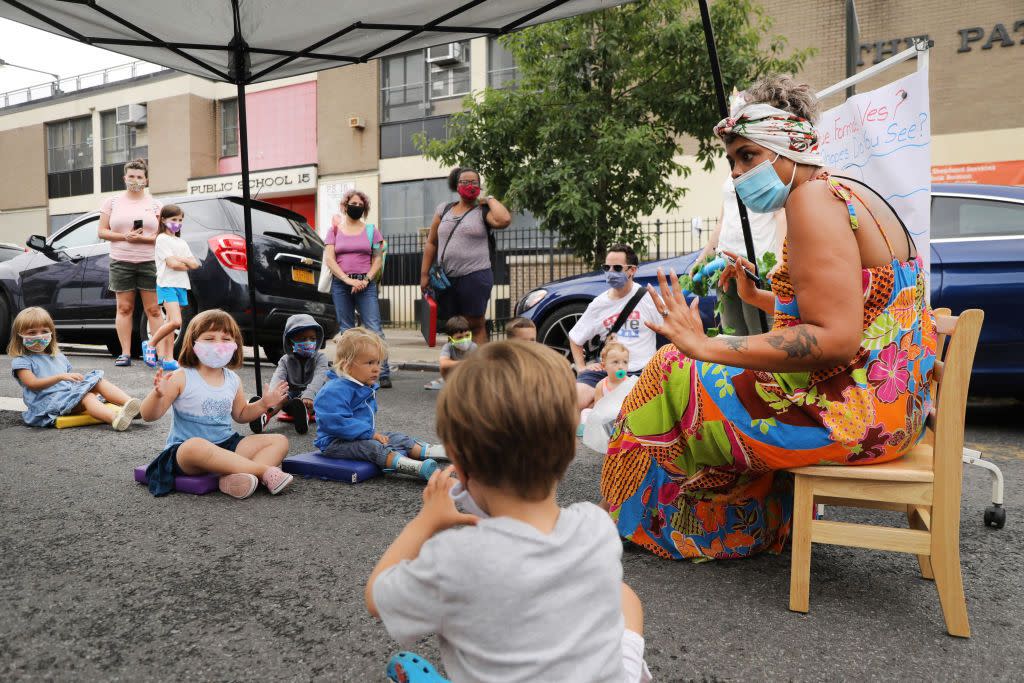